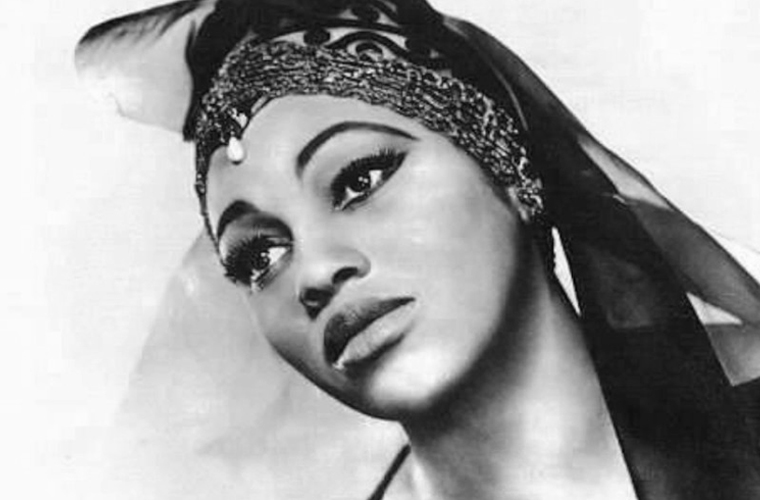 Born to James and Kate Price on February 10, 1927, in Laurel, Mississippi, Leontyne Price became one of the world’s leading opera sopranos and among the first African Americans to gain prominence in major performance halls in that musical genre. Her parents were amateur musicians and instilled in their daughter a love of music from an early age. In 1944 she attended the College of Education and Industrial Arts (now Central State College) in Wilberforce, Ohio with the intention of becoming a music teacher. Her teachers soon encouraged her to pursue voice instead.

In 1949 Price moved to New York to study at the Juilliard School of Music on a four-year, full-tuition scholarship. Her performance as Mistress Ford in the school’s production of Giuseppe Verdi’s opera Falstaff caught the eye of composer Virgil Thomson. He offered her the role of Cecilia in the 1952 revival of his 1934 opera Four Saints in Three Acts and her professional career took off.

From 1952 to 1954 Price toured Europe with George Gershwin’s Porgy and Bess, playing the role of Bess. Her 1954 concert debut at the Town Hall Theater in New York earned her widespread critical acclaim. The following year she broke historical precedent by becoming the first black singer to appear in a televised opera when she sang the title role in Puccini’s Tosca for the National Broadcasting Company (NBC). In light of her growing popularity and success, NBC invited her back to sing in such televised operas as Mozart’s The Magic Flute, Poulenc’s Dialogues des Carmelites, and Mozart’s Don Giovanni.

In the following years, Price was enthusiastically received at many major opera houses including the San Francisco Opera (California), the Arena di Verona in Italy, Covent Garden (the Royal Opera House), in Great Britain, the Vienna Staatsoper in Austria, and the Lyric Opera of Chicago (Illinois). Her debut performance at New York’s Metropolitan Opera as Leonora in Verdi’s Il Trovatore in 1961 was met with over forty minutes of applause, the longest ovation the Metropolitan had ever seen.

Price quickly secured a prominent place as one of the Metropolitan Opera’s forefront stars and from 1961 to 1969 she appeared in 118 of its productions. The two roles for which she is best known include Cleopatra in Antony and Cleopatra (1966), an opera written especially for her by Samuel Barber, and the title role in Verdi’s Aida, an Ethiopian princess, which would become her signature role.

Beginning in the 1970s, Price shifted her attention away from the opera and focused more on concert performances and recordings, partly to avoid the inevitable vocal damage that follows a long operatic career. She sang her last opera in 1985.

Price has won thirteen Grammy Awards, the Presidential Medal of Freedom, and the Kennedy Center Honors for lifetime achievement in the arts. In 1965 she was awarded the Spingarn Achievement Medal from the National Association for the Advancement of Colored People (NAACP).

Price married her Porgy and Bess costar, William C. Warfield, in 1952 but they separated soon afterward and eventually divorced in 1973. She currently lives in Greenwich Village in Manhattan, New York.