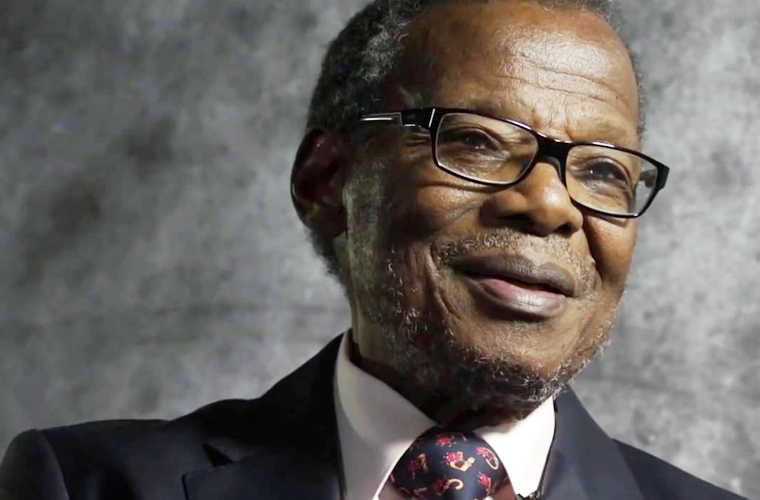 Buthelezi descended from a line of important Zulu chiefs. He attended South African Native College (now the University of Fort Hare) and was a member of the Youth League of the African National Congress (ANC). His political activities brought about his expulsion from school, and he completed his degree in history and Bantu administration at the University of Natal. In 1951 he began working in South Africa’s Department of Native Affairs. Buthelezi assumed his role as the hereditary chief of the Buthelezi clan of Zulus in 1953, although his chieftainship was not recognized by the South African government until 1957. He became chief executive officer of the newly formed Zulu Territorial Authority in 1970 and chief executive councilor of the KwaZulu Legislative Assembly in 1972. In 1976 he became the chief minister of the KwaZulu Bantustan, a collection of 11 scattered Zulu exclaves located within the Natal province.

Buthelezi pursued personal political goals with an unusual combination of strategies. Though he initially opposed the creation of black homelands or Bantustans, he opted to work within the Bantustan administrative structure to bring an end to the government’s policy of apartheid. Despite his early connections with the ANC and a common goal of black liberation in South Africa, Buthelezi was increasingly at odds with the ANC under Oliver Tambo’s leadership, and he rejected the ANC’s guerrilla strategies and calls for economic sanctions against South Africa as means to end apartheid. In 1975 Buthelezi revived a moribund Zulu cultural association and renamed it Inkatha ye Nkululeke ye Sizwe (National Cultural Liberation Movement). He used Inkatha as a personal power base that systematically mobilized Zulu nationalist aspirations, although his narrow regional and ethnic support base would make his ambition of being national leader difficult. Buthelezi set out to challenge the ANC, all while provocatively adopting the uniform and other of the symbols of the ANC.

As the chief minister of KwaZulu, he distinguished himself from other Bantustan leaders by refusing to accept the South African government’s controversial offers of “independence” for KwaZulu and by opposing apartheid structures. However, the ambiguities of his style and his pro-capitalist stance—a stark contrast to the socialist ideals embraced by other black liberation groups—led the South African government to tolerate Buthelezi and Inkatha, as well as to attempt to use Inkatha to split the opposition to white rule. The ANC, in response, attempted to depict Buthelezi and Inkatha as stooges of the white apartheid government. (In 1991 the South African government admitted that it had secretly subsidized Inkatha in the latter’s deepening rivalry with the ANC.) Nonetheless, by the 1980s Inkatha had a very strong support base in KwaZulu and in the Natal province and also among Zulu laborers working on the Witwatersrand in the Transvaal province.

During rebellions against apartheid in the 1980s, Inkatha and ANC supporters in the Transvaal and Natal provinces increasingly engaged each other in clashes that had strong ethnic (i.e., Zulu versus non-Zulu) overtones. The conflict worsened after the South African government lifted its three-decade-old ban on the ANC in 1990 and began signaling its willingness to disband the apartheid system. Buthelezi became engaged in a fierce struggle with the ANC and its allies for political leadership and the allegiance of black South Africans. By 1994 thousand had been killed in the clashes.

Meanwhile, Buthelezi had converted his cultural movement into a political party—the Inkatha Freedom Party (IFP)—in 1990. The party participated in the country’s first elections by universal suffrage, held in April 1994, but agreed to do so only in the week prior to the elections: the party had previously threatened to boycott the elections over disagreements concerning the country’s new interim constitution. The IFP won about 10 percent of the national vote; locally, it won a small majority over the ANC in KwaZulu and the Natal province. Buthelezi won a seat in the National Assembly and was appointed the minister of home affairs in a coalition government formed by ANC leader Nelson Mandela, South Africa’s first black president. After Mandela left office in 1999, Buthelezi continued to hold the post in Pres. Thabo Mbeki’s government until 2004; he retained his seat in the National Assembly.