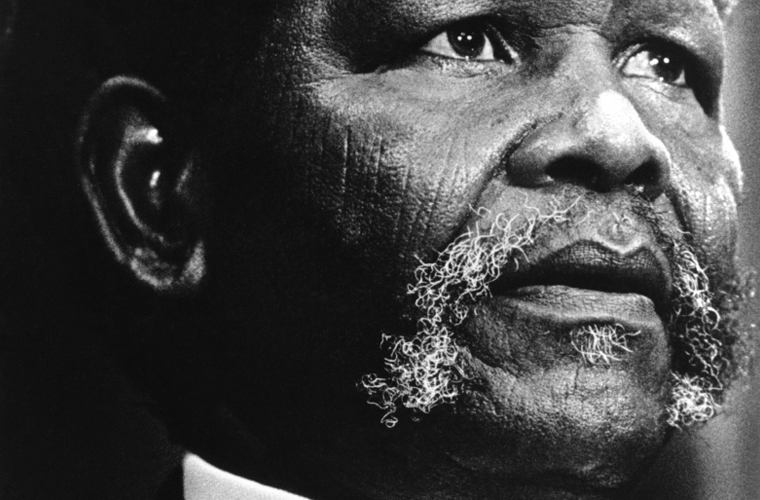 Tambo was born in a Transkei village of subsistence farmers. He attended Anglican and Methodist mission schools and the University of Fort Hare (B.S., 1941) and later studied law. In 1944 with Nelson Mandela and others, he co-founded the ANC Youth League, which revitalized the ANC after a moribund period. After briefly teaching mathematics and science in Johannesburg, Tambo began engaging wholly in nationalist politics and legal cases, rising concurrently in the ranks of the ANC. In 1952 he joined with Mandela to establish South Africa’s first black law practice. Tambo was arrested on treason charges in 1956 but was released the following year. In 1958 he became ANC deputy president.

After the Sharpeville massacre (March 21, 1960), the ANC was essentially outlawed when it was banned by the South African government. Tambo left South Africa to help set up the organization’s foreign headquarters, eventually settling in Lusaka, Zamb. In 1965 he established an ANC guerrilla training camp in Morogoro, Tanzania. After the death of ANC president Albert Luthuli in 1967, Tambo began serving as acting president; he was officially appointed to the post in 1969. Tambo’s decisive achievement was keeping the ANC together in exile. By skillful lobbying throughout the world and attracting the most talented South African exiles (such as Thabo Mbeki), he was able to build the organization into the legitimate voice of black South Africans. Though still in exile, Tambo’s ANC provided the focus for mass politics in South Africa in the late 1970s and throughout the 1980s. As the tide turned against apartheid in the mid-1980s, business leaders and politicians traveled to Lusaka for negotiations with Tambo’s team, which further boosted the ANC’s prestige.

The unbanning of the ANC by Pres. F.W. de Klerk in February 1990 brought about many changes for Tambo, the party, and the country. Tambo returned to South Africa from exile on December 13, 1990, to attend the first full-scale conference of ANC members (including exiles and the formerly imprisoned) in more than 30 years. He also participated in negotiations for the country’s new democratic constitution. However, because of ill health as the result of an earlier stroke, Tambo yielded the ANC presidency in 1991 to his old colleague Mandela and took the largely honorary post of national chairman of the ANC. The ANC’s 1994 election victory is attributable as much to the work of Tambo as it is to that of Mandela.

Timbuktu, one of the world’s first and oldest university