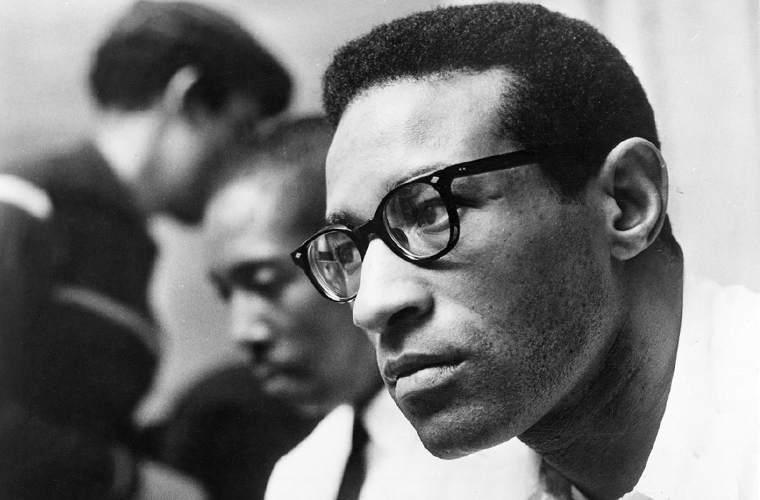 Max Roach, byname of Maxwell Roach, (born Jan. 10, 1924, Newland, N.C., U.S.—died Aug. 16, 2007, New York City, N.Y.), American jazz drummer and composer, one of the most influential and widely recorded modern percussionists. Roach grew up in New York City, and, as a child, he played drums in gospel bands. In the early 1940s, he began performing with a group of innovative musicians—including Charlie Parker and Dizzy Gillespie—at such notable nightclubs as Monroe’s Uptown House and Minton’s Playhouse. Their jam sessions gave rise to bebop, a style of jazz that moved the fixed pulse from the bass drum to the ride cymbal and created a polyrhythmic, percussive texture by exploiting the flexibility of the trap-drum set. By carefully developing thematic ideas on his drums, Roach elevated the percussionist to the equal of melodic improvisers.

Roach participated in recordings by Parker’s quintet in 1947–48 and in the Miles Davis sessions that were later collected in the album Birth of the Cool (1957). In 1954 he became co-leader of a quintet with trumpeter Clifford Brown. The group produced a number of influential recordings before a car accident in 1956 killed Brown and another band member. Roach subsequently formed other ensembles, many of which did not include a pianist. In 1960 he composed, with lyricist Oscar Brown, Jr., “We Insist! Freedom Now Suite” for his future wife, vocalist Abbey Lincoln, a chorus, instrumental soloists, and ensemble.

The work’s theme of racial equality reflected Roach’s political activism. In the early 1970s, he established an all-percussion ensemble, M’Boom, and in 1972 he began teaching at the University of Massachusetts (Amherst). In 1980 he embarked on a series of duets with such avant-garde improvisers as pianist Cecil Taylor and saxophonist Anthony Braxton. Often involved in unusual projects, Roach performed with a rapper and accompanied authors’ readings. His Max Roach Double Quartet was unique for its inclusion of improvising string players. Roach continued to tour into the early 21st century. Among his numerous compositions were works for plays, films, and dance pieces. Roach received many honors, including a MacArthur Foundation grant (1988).