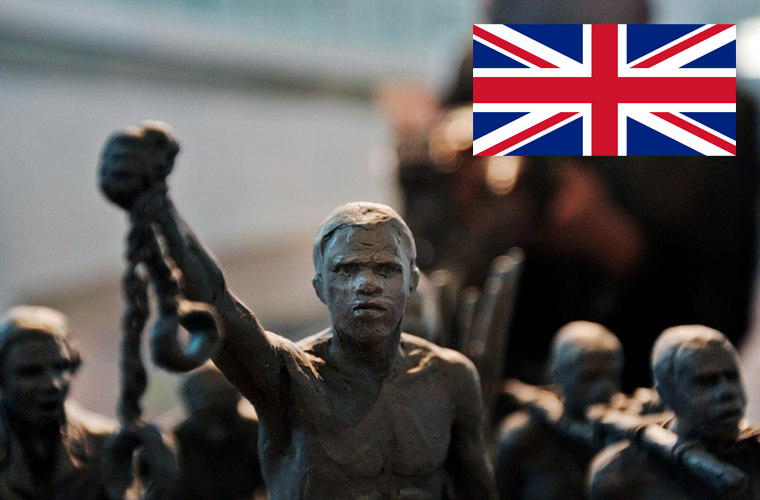 For well over 300 years, European countries forced Africans onto slave ships and transported them across the Atlantic Ocean. The first European nation to engage in the Transatlantic Slave Trade was Portugal in the mid to late 1400s. Captain John Hawkins made the first known English slaving voyage to Africa, in 1562, in the reign of Elizabeth 1. Hawkins made three such journeys over a period of six years. He captured over 1200 Africans and sold them as goods in the Spanish colonies in the Americas.

To start with, British traders supplied slaves for the Spanish and Portuguese colonists in America. However, as British settlements in the Caribbean and North America grew, often through wars with European countries such as Holland, Spain, and France, British slave traders increasingly supplied British colonies

The exact number of British ships that took part in the Slave Trade will probably never be known but, in the 245 years between Hawkins first voyage and the abolition of the Slave Trade in 1807, merchants in Britain despatched about 10,000 voyages to Africa for slaves, with merchants in other parts of the British Empire perhaps fitting out a further 1,150 voyages.

Only the Portuguese, who carried on the trade for almost 50 years after Britain had abolished its Slave Trade, carried more enslaved Africans to the Americas than the British (the most recent estimate suggests just over 5 million people).

Estimates, based on records of voyages in the archives of port customs and maritime insurance records, put the total number of African slaves transported by European traders, to at least 12 million people.

The first record of enslaved Africans being landed in the British colony of Virginia was in 1619. Barbados became the first British settlement in the Caribbean in 1625 and the British took control of Jamaica in 1655.

The establishment of the Royal African Company in 1672 formalized the Slave Trade under a royal charter and gave a monopoly to the port of London. The ports of Bristol and Liverpool, in particular, lobbied to have the charter changed and, in 1698, the monopoly was taken away.

British involvement expanded rapidly in response to the demand for labor to cultivate sugar in Barbados and other British West Indian islands. In the 1660s, the number of slaves taken from Africa in British ships averaged 6,700 per year. By the 1760s, Britain was the foremost European country engaged in the Slave Trade. Of the 80,000 Africans chained and shackled and transported across to the Americas each year, 42,000 were carried by British slave ships.

The profits gained from chattel slavery helped to finance the Industrial Revolution and the Caribbean islands became the hub of the British Empire. The sugar colonies were Britain’s most valuable colonies. By the end of the eighteenth century, four million pounds came into Britain from its West Indian plantations, compared with one million from the rest of the world.

Who benefited from the Transatlantic Slave Trade?
In the Transatlantic Slave Trade, triangle ships never sailed empty and some people made enormous profits.  This Slave Trade was the richest part of Britain’s trade in the 18th century. James Houston, who worked for a firm of 18th-century slave merchants, wrote, “What a glorious and advantageous trade this is… It is the hinge on which all the trade of this globe moves.”

Between 1750 and 1780, about 70% of the government’s total income came from taxes on goods from its colonies. The money made on the Transatlantic Slave Trade triangle was vast and poured into Britain and other European countries involved in slavery, changing their landscapes forever. In Britain, those who had made much of their wealth from the trade built fine mansions, established banks such as the Bank of England and funded new industries.