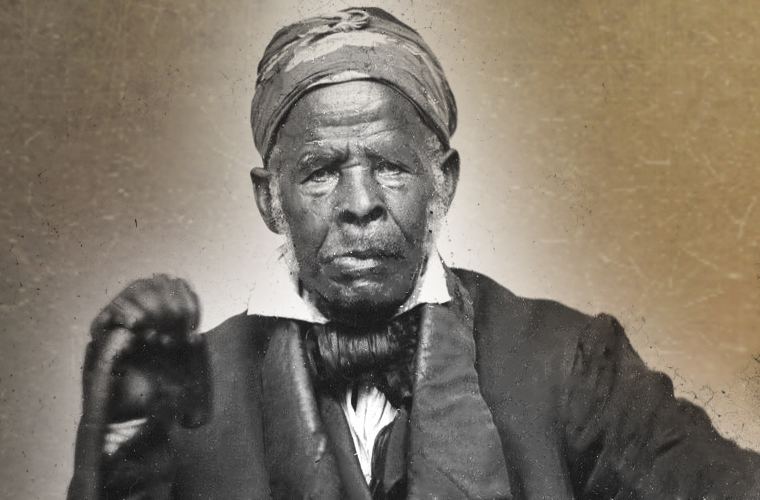 Also known as “Uncle Moro” or “Moreau,” Omar Ibn Said was born in Northwest Africa to a wealthy, and possibly royal, family.  In 1807, a year before the Constitution made the international slave trade illegal, he was captured as a result of African warfare, sold to slave traders, and shipped to Charleston, South Carolina.  Fleeing his abusive South Carolina master, he fled north and eventually arrived in Fayetteville, where he was captured while praying in a church.  Later purchased by James Owen, the future president of the Wilmington and Raleigh Railroad and major-general of the militia, Said, a house slave, openly condemned the “wicked” slave trade and the actions of “depraved” masters. According to contemporary magazines, however, he lauded Owen for his benevolent paternalism and Christian charity.  Said lived out the rest of his life in Bladen County and died in 1864.

Since 1995 when his autobiography, the only American slave narrative known to exist in Arabic, was found, Said has gained national attention.  Many scholars contend Said was a devout Muslim until his death.  Said, however, made a Christian profession of faith and joined the Presbyterian Church.  Said could have written approximately fourteen Arabic manuscripts.