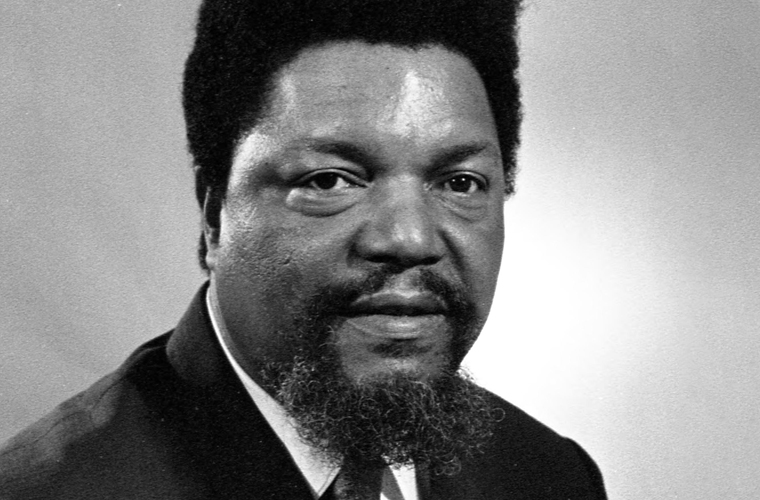 The first African American civil rights leader to advocate armed resistance to racial oppression and violence, Robert F. Williams was born on February 26, 1925, in Monroe, North Carolina. The fourth of five children born to Emma Carter Williams and John Williams, Williams quickly learned to navigate the dangers of being black in the Deep South. The Ku Klux Klan was a powerful and feared force in Monroe and the community where Williams grew up experienced regular brutalization at the hands of whites.

Williams’ grandmother, a well-read and proud woman who was born a slave in Union County in 1858, taught Williams to cherish his heritage and to stand up for himself. Before she died, she presented her young grandson with his first gun, a rifle that had belonged to his grandfather, as a symbol of their family’s resistance against racial oppression.

After high school, Williams joined the Marines in hopes of being assigned to information services, where he could pursue journalism. Instead, he received a typical assignment given to African American Marines at that time: supply sergeant. Williams’ resistance to the Marine Corps’ racial discrimination earned him an “undesirable” discharge and he returned to Monroe.

A blurry nighttime photo of a Ku Klux Klan gathering; 100 or more people stand together in white cloaks and pointed hoods. A huge cross is on fire, burning brightly as it towers behind them.

Becoming a Leader
In 1956, Williams took over leadership of the local chapter of the National Association for the Advancement of Colored People (NAACP), which was close to disbanding due to a relentless backlash by the Ku Klux Klan. Williams canvassed for new members and eventually expanded the branch from only six to more than 200 members.

Williams also filed for a charter from the National Rifle Association (NRA) and formed the Black Guard, an armed group committed to the protection of Monroe’s black population. Members received weapons and physical training from Williams to prepare them to keep the peace and come to the aid of black citizens, whose calls to law enforcement often went unanswered.

With his fellow NAACP members, Williams waged local civil rights campaigns and brought the conditions of the Jim Crow South to the attention of the national and international media. Williams led an ongoing fight to integrate the local public swimming pool and opposed the condemnation of two young African American boys for the “crime” of kissing a white girl during a harmless child’s game—a cause that had been deemed too controversial for the national NAACP.

In 1959, after a jury in Monroe acquitted a white man for the attempted rape of a black woman, Williams made a historic statement on the courthouse steps.

He said of his courthouse proclamation at a later press conference: “I made a statement that if the law if the United States Constitution cannot be enforced in this social jungle called Dixie, it is time that Negroes must defend themselves even if it is necessary to resort to violence.

At Odds with the Mainstream Civil Rights Movement
The NAACP suspended Williams for advocating violence. In 1961, the Freedom Riders came to Monroe to demonstrate the efficacy of passive resistance—the hallmark of the mainstream Civil Rights Movement led by Martin Luther King, Jr. An angry mob of Klansmen and Klan supporters overwhelmed the Riders, who called upon Williams and his Black Guard for help. Amid the chaos, Williams sheltered a white couple from an African American mob, only to be accused later of kidnapping them.

Life in Exile
With state and local authorities pursuing Williams for “kidnapping,” and frenzied Klansmen calling for his death, Robert and Mabel Williams and their two small children fled Monroe. Fidel Castro granted Williams political asylum in Cuba, and the family spent the next five years in Havana. Robert and Mabel Williams continued to fight for human rights from Havana through their news and music radio program, “Radio Free Dixie,” and the publication of Williams’ pamphlet, The Crusader, which reached an influential underground audience. In 1962, he wrote the book Negroes With Guns.

In 1966, Williams moved his family to China during the height of the Cultural Revolution. There, as in Cuba, he enjoyed celebrity status and fraternized with Mao Zedong and Chou En Lai.

Homecoming
In 1969, Williams returned to the U.S. aboard a TWA flight chartered by the federal government. All charges against Williams were dropped, and he went on to advise the State Department on normalizing relations with China. Williams did not, however, assume leadership of what had become a divided and beleaguered Black Power Movement. Instead, Williams accepted a position as a research associate at the Institute for Chinese Studies at the University of Michigan, and he and Mabel moved to Baldwin, near the university. Williams died of cancer in 1996 and was buried in Monroe.