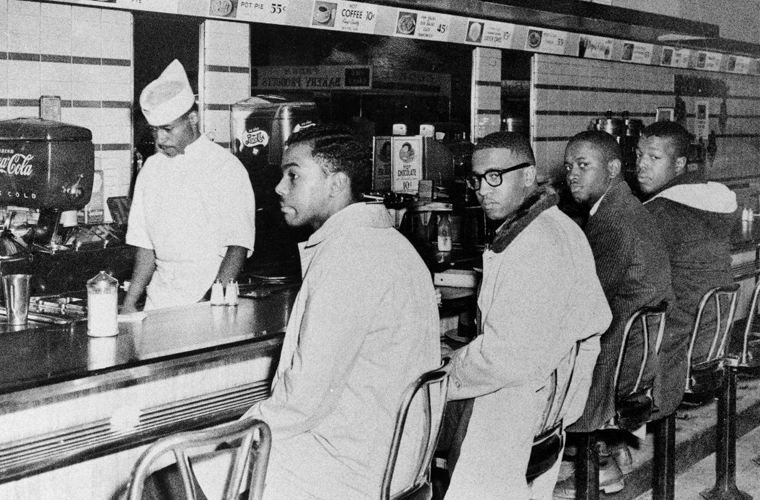 They were influenced by the non-violent protest techniques practiced by Mohandas Gandhi, as well as the Freedom Rides organized by the Congress for Racial Equality (CORE) in 1947, in which interracial activists rode across the South in buses to test a recent Supreme Court decision banning segregation in interstate bus travel.

The Greensboro Four, as they became known, had also been spurred to action by the brutal murder in 1955 of a young black boy, Emmett Till, who had allegedly whistled at a white woman in a Mississippi store.

Did you know? The former Woolworth’s in Greensboro now houses the International Civil Rights Center and Museum, which features a restored version of the lunch counter where the Greensboro Four sat. Part of the original counter is on display at the Smithsonian National Museum of American History in Washington, D.C.