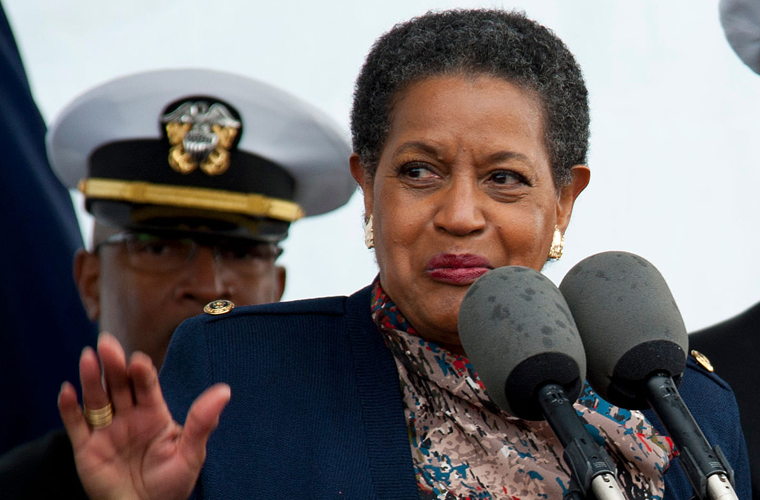 Author and activist Myrlie Evers-Williams was the wife of slain civil rights activist Medgar Evers and served as chair of the NAACP 1995–1998. Born in 1933, Myrlie Evers-Williams was the wife of murdered civil rights activist Medgar Evers. While fighting to bring his killer to justice, Evers-Williams also continued her husband’s work with her book, For Us, The Living. She also wrote Watch Me Fly: What I Learned on the Way to Becoming the Woman I Was Meant to Be. Evers-Williams served as chair of the NAACP from 1995 to 1998.
Born Myrlie Louise Beasley on March 17, 1933, in Vicksburg, Mississippi. Raised by her grandmother, a schoolteacher, Evers-Williams loved learning and music. Growing up in the segregated South, she went to Alcorn A&M College, one of the only colleges in the state that accepted African American students. While at Alcorn, she met Medgar Evers, a World War II veteran several years her senior. The couple fell in love and married in December of 1951.

When her husband became the Mississippi field secretary for the National Association for the Advancement of Colored People (NAACP), Evers-Williams worked alongside him. She assisted him as he strove to end the unjust practice of racial segregation in schools and other public facilities and campaigned for voting rights as many African Americans were denied this right in the South. Medgar made enemies of those who didn’t want race relations in the South to change. On June 12, 1963, Medgar Evers was shot to death in front of his home by a white supremacist named Byron De La Beckwith.

After her husband’s murder, Evers-Williams fought hard to see his killer brought to justice. Although Beckwith was arrested and brought to trial on murder charges, two all-white juries could not reach a verdict in the case. It would take approximately 30 years for justice to be served, with Williams-Evers keeping the case alive and pushing for Beckwith to pay for his crime. Her efforts were not in vain. In the early 1990s, Beckwith was again arrested and later convicted by a multi-racial jury.

Besides her quest for justice, Evers-Williams rebuilt her life after her husband’s death. She moved with her children to California and emerged as a civil rights activist in her own right. Evers-Williams spoke on behalf of the NAACP and wrote For Us, the Living, which chronicled her late husband’s life and works in 1967. She also made an unsuccessful bid for the U.S. Congress in 1970.

In 1976, Evers-Williams married Walter Williams, a labor and civil rights activist. She continued to explore ways to serve her community and to work with the NAACP. Los Angeles mayor Tom Bradley appointed her to the Board of Public Works as a commissioner in 1987. Evers-Williams also joined the board of the NAACP. By the mid-1990s, the prestigious organization was going through a difficult period marked by scandal and economic problems. Evers-Williams decided that the best way to help the organization was by running for chairperson of the board of directors. She won the position in 1995.

As chairperson of the NAACP, Evers-Williams worked to restore the tarnished image of the organization. She also helped improve its financial status, raising enough funds to eliminate its debt. Evers-Williams received many honors for her work, including being named Woman of the Year by Ms. Magazine. With the organization financially stable, she decided to not seek re-election as chairperson in 1998.

After leaving her post, Evers-Williams established the Medgar Evers Institute in Jackson, Mississippi. She also wrote her autobiography entitled Watch Me Fly: What I Learned on the Way to Becoming the Woman I Was Meant to Be (1999), and many readers were moved by her powerful story.

Evers-Williams has continued to preserve the memory of her first husband with one of her latest projects. She served as editor on The Autobiography of Medgar Evers: A Hero’s Life and Legacy Revealed Through His Writings, Letters, and Speeches (2005).