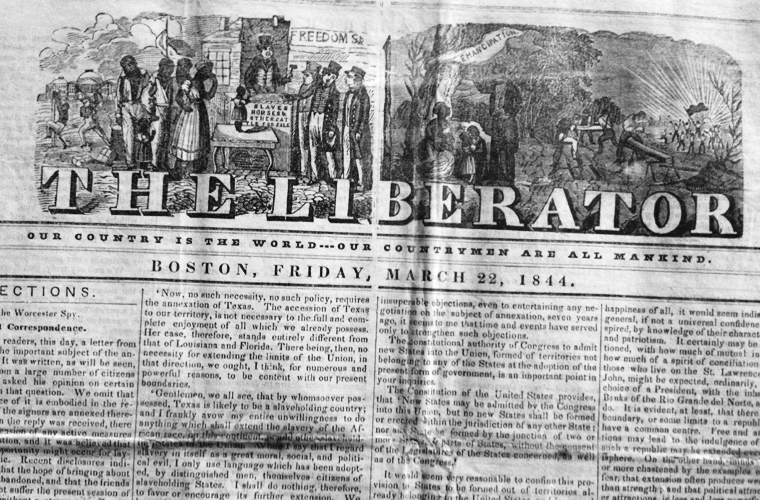 The Liberator, weekly newspaper of abolitionist crusader William Lloyd Garrison for 35 years (January 1, 1831–December 29, 1865). It was the most influential antislavery periodical in the pre-Civil War period of U.S. history. Although The Liberator, published in Boston, could claim a paid circulation of only 3,000, it reached a much wider audience with its uncompromising advocacy of immediate emancipation for the millions of black Americans held in bondage throughout the South. In the North, Garrison’s message of moral suasion challenged moderate reformers to apply the principles of the Declaration of Independence to all people, regardless of color. Fearful slaveholders in the South, erroneously assuming that The Liberator represented the majority opinion of Northerners, reacted militantly by defending slavery as a “positive good” and by legislating ever more stringent measures to suppress all possible opposition to its “peculiar institution.” Garrison’s publication further altered the course of the American antislavery movement by insisting that abolition, rather than African colonization, was the answer to the problem of slavery. See also abolitionism.