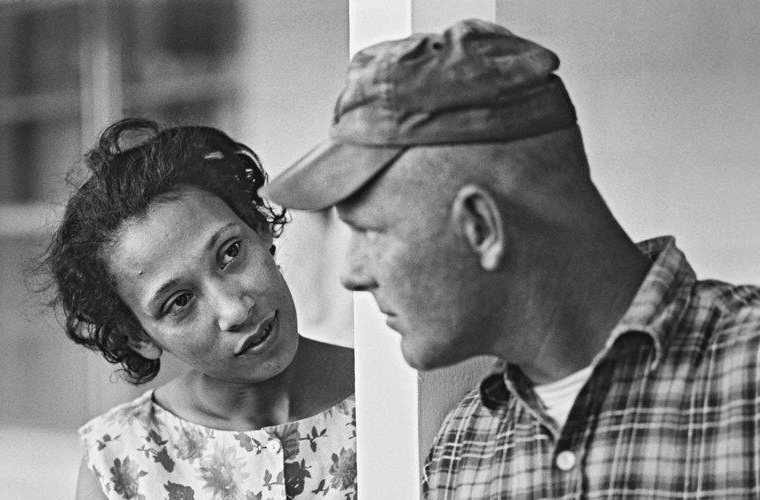 To say that Richard and Mildred Loving were reluctant heroes would be an understatement. Richard, with his platinum blonde crew cut, backwoods accent, and taciturn ways, looked more like a caricature for a white supremacist. And then there was Mildred. A soft-spoken, shy woman of African and Native-American descent, she possessed a quiet charm but like her husband, had no desire to bring attention to herself.

But the attention would come, and it would change the course of American history.

The couple had to flee Virginia to avoid prison time
In 1958, the couple was jolted out of their bed in the middle of the night and arrested by local Virginia police. Their crime: violating the Racial Integrity Act of 1924, which forbids interracial marriage. Although the Lovings were legally married in Washington, D.C., the state of Virginia, which the couple made their home, was one of more than 20 states that made marriage between the races a crime.

A local judge allowed the Lovings to flee the state to avoid prison time. The couple decidedly moved to D.C., just two hours away from Virginia, but for the two of them, their whole world — along with their family and friends — was wrapped up in their tiny farming community of Central Point, Virginia. They were simple people who wanted to live a simple life, and they were determined to go back home. After living the next five years in exile and raising their three children, Mildred found an opening.

Feeling empowered by the Civil Rights Movement, Mildred wrote to Robert F. Kennedy in 1963 asking for counsel. Kennedy referred her to the ACLU, and it was there that their case eventually went to the Supreme Court. The judges unanimously ruled in favor of the Lovings with Chief Justice Earl Warren writing “the freedom to marry has long been recognized as one of the vital personal rights essential to the orderly pursuit of happiness by free men.”

The historic ruling led to the overturning of similar statutes in more than a dozen states and ultimately marked the end of segregation laws in America. But for the Lovings, the ruling was simply the freedom to go home and to continue on with their lives, this time, loving without fear.

Although Richard died in 1975 following a car accident, Mildred was able to live long enough to offer her support for gay marriage. On the 40th anniversary of the Lovings’ landmark case and a year before her death in 2008, she said in a public statement: “The older generation’s fears and prejudices have given way, and today’s young people realize that if someone loves someone, they have a right to marry.”

To look at the Lovings’ legacy (along with their improbable last name), they make the saying “love conquers all” that much more believable.