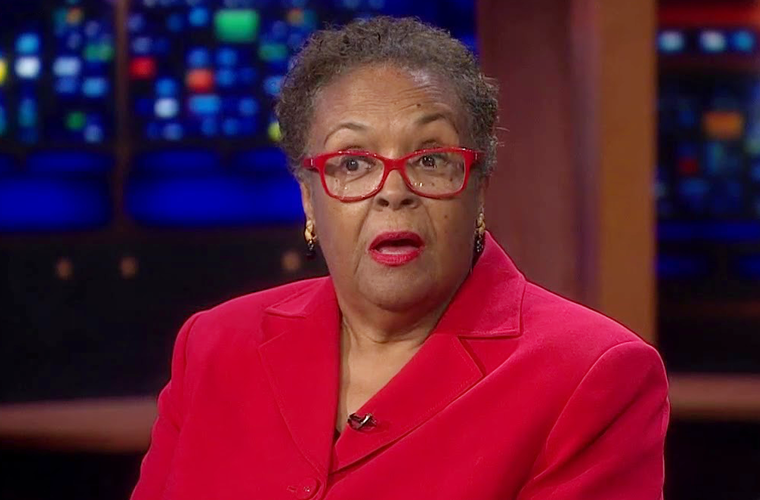 Ladner was born on October 12, 1943 (some sources say 1944) in Mississippi. She was raised with eight brothers and sisters. Ladner began school at the age of three and graduated high school in 1960 with her older sister, Dorie. In 1964 she received her B.A. in sociology from Tougaloo College in Mississippi. Two years later she earned a master’s of arts degree in sociology from Washington University in St. Louis, Missouri; and by, the age of 24, Ladner had earned a doctorate in sociology from Washington University. Active in the Student Nonviolent Coordinating Committee (SNCC) as a field secretary, Ladner was a witness to racial conflict, violence, and the institutionalization of segregation. Ladner wrote in her book, The Ties that Bind: Timeless Values for African American Families, “They murdered people, they beat people, the arrest was about the least harmful thing to occur.”

In 1968 she was appointed assistant professor of sociology and curriculum specialist at South Illinois University at East St. Louis. She has held numerous research posts beginning in 1969, when she was a senior research fellow at the Martin Luther King Center for Nonviolent Social Change in Atlanta, Georgia. Other major research positions followed, including transracial adoption work supported by the Cummins Engine Foundation and a visiting fellowship at the Metropolitan Applied Research Center.

Conducted Research In Tanzania
In 1970 she conducted postdoctoral work as a research associate at the University of Dar es Salaam in the African nation of Tanzania. In Tanzania, she completed research on “The Roles of Tanzanian Women in Community Development.” Since 1977 Ladner has been a senior fellow of government studies at the Brookings Institution in Washington, D.C. In 1977 she embarked on a study of “The Impact of the Civil Rights Movement on the Career Patterns of Ex-Activists,” which was funded by the Ford Foundation. The next year she served on the committee on Evaluation of Poverty Research of the National Academy of Sciences.

Ladner also carried out research in Dakar, Senegal, in 1980 before beginning a teaching career in social work at Howard University in Washington, D.C. in 1981. Ladner taught at Howard for 17 years. Her career there also included serving as vice president for academic affairs (provost) from 1990 to 1994, and in 1994 she served as interim president of Howard University.

In 1995 she was appointed by President Bill Clinton to the District of Columbia Financial Responsibility and Management Assistance Authority. In this position, she provided vision and leadership to the reform of the District’s public education system. When controversy about the board’s efforts to improve D.C. public schools met with community concerns, Ladner handled them with strength and dignity.

Published Numerous Sociological Works
A prolific scholar, Ladner has published several groundbreaking works. Her first book was 1972’s Tomorrow’s Tomorrow: The Black Woman. For this work, Ladner interviewed more than 30 black, female adolescents from a St. Louis, Missouri, ghetto, in order to examine the forces that shape black women’s self-perceptions. The following year she published the acclaimed The Death of White Sociology.

In 1977 she published Mixed Families: Adopting Across Racial Boundaries. Here Ladner interviewed 136 transracial adoptive families, studying the societal pressures such families faced and documenting how they dealt with those pressures. More recent works include the critically acclaimed The Ties That Bind: Timeless Values for African American Families, (1999) and 2002’s The New Urban Leaders. Black Issues in Higher Education called the latter “a good, quick study of the federal policies and subsequent disenfranchisement of the African-American community.”

In 2003 Ladner, along with co-author Theresa Foy DiGeronimo, published Launching Our Black Children for Success: A Guide for Parents of Kids from Three to Eighteen. This book provides a step-by-step guide for parents through each of the stages of child development, showing them how to build a strong foundation for their children’s success, regardless of the career area their children choose. According to Ebony, “The authors show why family values, education, role models, and networking are keys to driving a child’s success.”

Testified Before Congress
As a scholar and activist, Ladner has served in a number of capacities serving as an advocate for children and mothers, higher education, and government. She has written numerous reports on children’s issues and has often been consulted for her expertise. In 1998 she provided congressional testimony on the “District of Columbia Public School Academic Plan,” before the U.S. House of Representatives Committee on Government Reform and Oversight Subcommittee of the District of Columbia.

Because of her teaching and research interests in public policy, urban governance, race/ethnic relations, and urban leadership in the nonprofit sector, Ladner serves on a number of editorial boards, as an external reviewer for grants institutions, and maintains professional affiliations with major organizations. In 1983 she was a guest editor of the special edition of the Western Sociological Review; and she has reviewed manuscripts for major presses, including Cambridge University Press, Greenwood Press, University of California Press, Simon & Schuster, and the Brookings Press. Ladner has also reviewed grants for the National Institute of Mental Health, the Ford Foundation, the Carnegie Foundation, and the 21st Century Foundation.

Her professional memberships include numerous scholarly, governmental, and nonprofit institutions. In addition, Ladner has received many honors and awards. She has been named a distinguished alumnus by Tougaloo College and by Washington University. In 1986 the Howard University School of Social Work awarded her the Most Inspiring Teacher Award and followed that in 1991 with the Outstanding Achievement Award. In 1996 Ladner was named Washingtonian of the Year by Washingtonian Magazine. In 2000 Ladner was inducted into the Hall of Fame at Tougaloo College.

Ladner’s work and the recognition of her efforts have led to her role as a key commentator on national social issues. She has appeared on such news programs as the CBS Evening News, NBC Evening News, CBS Sunday Morning, ABC’s Nightline, and the McNeil-Lehrer Newshour. She has also written numerous book reviews.

Ladner has dedicated her life to the improvement of the human condition. She has held fast to valuable lessons from her childhood—among these are family values, a strong sense of self-worth, responsibility, self-respect, faith, and community-building. Ladner has continued to live these values with an important message—“hope, affirmation of all that is good and within our grasp, and that tries to seek ways to help parents in particular, and citizens, in general, to refocus on what works to make for a better society, and for more wholesome children and families.”