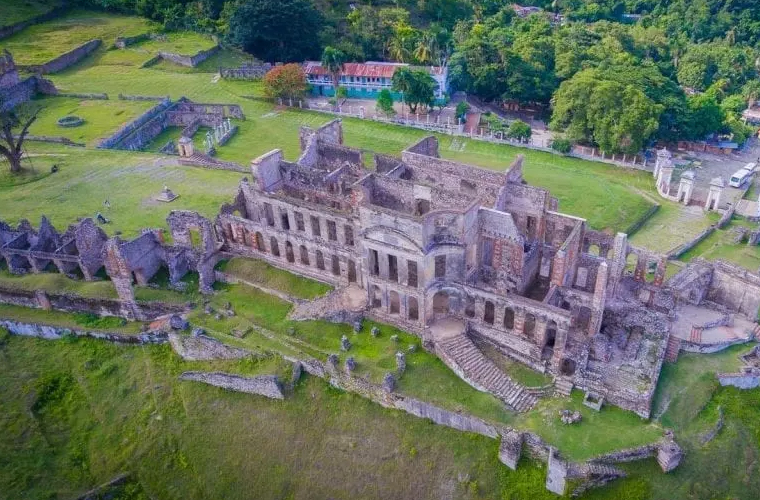 The Sans-Souci Palace was built to serve as a residence for the revolutionary leader Henri Christophe, who would become king in 1811, a year into the palace’s construction. The palace was one of many lavish constructions Christophe ordered at that time, including the Citadelle Laferrière.

Christophe used his reign as an opportunity to build up Haiti’s standing in the eyes of the international community – particularly its former colonizer, France. Christophe was well known for the luxurious parties and feasts he hosted at the palace, and the palace’s design – from the lush gardens to the intricate waterworks installation still visible in the ruins – reflects this luxury.

The name “Sans-Souci” itself came from another Haitian revolutionary, Jean-Baptiste Sans Souci, who Christophe had asked to form a united front with, but who refused out of mistrust. A decade or so before the palace was built, Christophe invited Sans Souci to visit him. When Sans Souci accepted, he was promptly assaulted by Christophe’s guards – and legend has it that the palace bearing his name was built where he was killed.