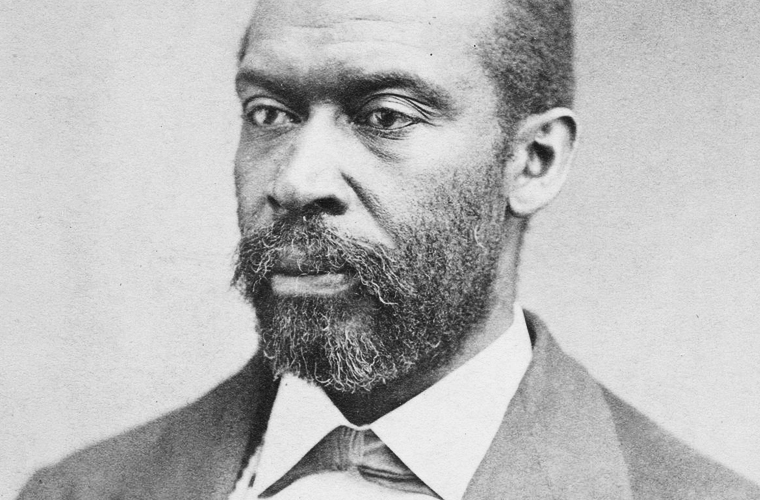 The first African American war correspondent for a major daily newspaper, the Philadelphia Press, Thomas Morris Chester witnessed Union soldiers with the Army of the Potomac seizing Richmond, Virginia. The Harrisburg native – the son of an escaped slave from Baltimore and an oyster salesman – was one of the city’s most famous 19th century African Americans.

As a young man, Chester studied in Liberia, where he became a believer in African colonization. He also served as the editor of the Star of Liberia newspaper and as a school leader.

During the Civil War, Chester served as a recruiter and helped enlist Pennsylvania Black men into the 54th and 55th Massachusetts Regiments.  He later helped to raise federal United States Colored Troops (USCT) regiments from his home state. It was reported that Chester led two companies of Blacks for local defense during the Gettysburg campaign in 1863.  According to the Harrisburg Telegraph, this was the first time Pennsylvania issued weapons to African Americans. From August 1864 until the end of the conflict Chester was a war correspondent for the Philadelphia Press.  He was the first Black reporter for a major daily northern newspaper during the war and traveled with the Army of the Potomac.

After the war, Pennsylvania was the only state to honor African American Union troops, and Chester served in 1865 as grand marshal in their Harrisburg parade.

Chester went on to study law in England. He then held several posts in Louisiana, including collector of customs, brigadier general of militia and superintendent of schools.  He returned to Harrisburg in 1892 after falling ill and died in his mother’s home at 305 Chestnut Street. He is buried in Penbrook’s Lincoln Cemetery.