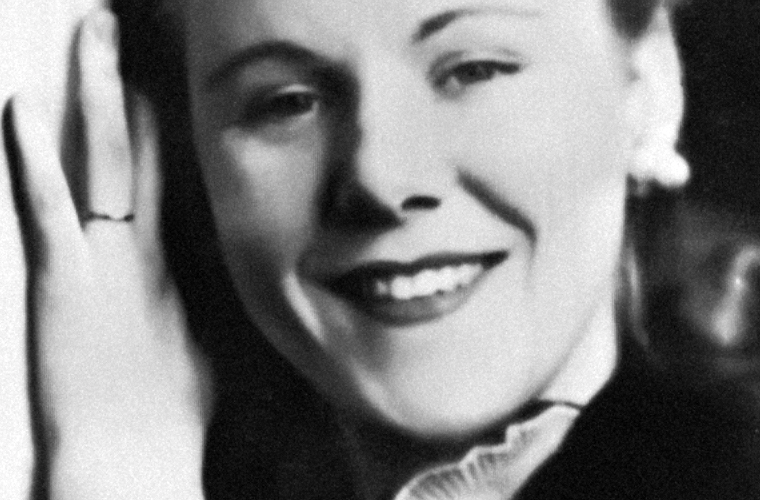 Viola Liuzzo (1925-1965) was the first white woman killed during the American civil rights movement. Inspired by the efforts of African Americans in the South to obtain the right to vote, she left her home in Detroit and participated in the Selma-to-Montgomery, Alabama march for black voting rights in 1965. While shuttling marchers in her car, she was shot and killed by members of the Ku Klux Klan, a white supremacist organization determined to keep segregation alive.

Viola Gregg Liuzzo was born on April 11, 1925, in the small town of California, Pennsylvania. Her father, Heber Ernest Gregg, worked in a coal mine until his right hand was blown off in a mining explosion. He left school in the eighth grade but taught himself to read. Her mother, Eva Wilson Gregg, had a teaching certificate from the University of Pittsburgh, but finding work was not always easy for her. Viola was the couple’s first child. Her sister, Rose Mary, was born eleven years later. During the Great Depression, the family moved from Georgia to Tennessee, where Eva Gregg found a teaching position. The family was very poor and lived in one-room shacks with no running water. The schools Liuzzo attended did not have adequate supplies and the teachers were too busy to give extra attention to children in need. Because the family moved so often, Liuzzo never began and ended the school year in the same place. Although her parents argued against it, Liuzzo dropped out of school in the tenth grade. She and her father often argued about her social activities and, at the age of 16, Liuzzo ran away and married a much older man. The marriage lasted only one day.

Liuzzo moved to Michigan with her family, where her mother found work in a bomb factory and then at a Ford Motor plant. Liuzzo worked as a waitress. She met and married George Argyris when she was 18. In 1946, their daughter Penellipi (Penny) was born, and, in 1948, Mary Eva followed. After seven years of marriage, the couple divorced and Liuzzo received custody of the girls. Being a single mother proved difficult, and the girls were sent to live with their grandparents.

While working as a waitress in Detroit, Liuzzo met Anthony James (Jim) Liuzzo, a business agent for the Teamsters Union. Liuzzo converted to Catholicism and married him in 1950. The girls came to live with them and the couple soon had two sons, Thomas in 1951 and Anthony, Jr., in 1955. A daughter, Sally, was born in 1958 with severe health problems, which she overcame with the help of her mother’s care and attention. The family lived in a middle-class, racially integrated neighborhood. Liuzzo had a reputation for helping others. She took particular pleasure in teaching her children about nature and would take them on walks and camping trips. Liuzzo loved to read philosophy and history. She read to her children from Henry David Thoreau’s works and taught them the meaning of civil disobedience. Sarah Evans, the family’s African American housekeeper and friend, taught Liuzzo how hard her life was because of racism and encouraged Liuzzo to join the National Association for the Advancement of Colored People (NAACP).

Liuzzo regretted dropping out of high school. In 1961, she enrolled in night classes at a career training school, the Carnegie Institute of Detroit. There she studied to become a medical laboratory assistant. She graduated in 1962, an honor student who received a gold trophy for her outstanding academic work. Using her new skills and knowledge, Liuzzo went to work for the Parkview Medical Center. She felt that labor practices at Parkview were unfair and tried to expose them to public scrutiny. Liuzzo claimed to have stolen a microscope and insisted on being taken to the police station. This action attracted media attention since her husband had become a local labor leader. Liuzzo next found part-time work at Sinai Hospital. In May 1962, she enrolled at Wayne State University, taking English and philosophy, among other courses. The university exposed Liuzzo to political ideas of the time, including debates about the Vietnam War and discussions on civil rights.

In February 1965, a night demonstration for voting rights at the Marion, Alabama courthouse turned very ugly. State troopers clubbed marchers and beat and shot a 26-year-old African American named Jimmie Lee Jackson, who later died. His death spurred on the fight for civil rights in Selma, Alabama. The Southern Christian Leadership Conference (SCLC) scheduled a protest march for Sunday, March 7. Governor George Wallace banned the march, but the ban was ignored. Six hundred marchers headed for the arched Edmund Pettus Bridge that crossed the Alabama River. As the protesters reached the crest of the bridge, they saw a terrifying sight on the other side: state troopers armed with clubs, whips, and tear gas, and a sheriff’s posse on horseback. When told to stop and disperse, the marchers refused. The troopers advanced on the marchers, clubbing and whipping them, fracturing bones, and gashing heads. Seventeen people were hospitalized on the day later called “Bloody Sunday.”

At Wayne State University, 250 students held a protest demonstration on March 12. They marched to the federal building in Detroit singing “We Shall Overcome,” a civil rights song. Liuzzo participated in that march, becoming actively involved for the first time in the civil rights movement.

A march was scheduled for Sunday, March 21, beginning in Selma and ending at the state capital of Montgomery, 54 miles away. Marchers hoped to meet Governor Wallace to discuss the voting rights of black people. On the Tuesday before the event, Liuzzo packed a few things in a shopping bag and told Sarah Evans that she was going to Selma to help with the march. Evans begged her not to go, but Liuzzo was insistent. That night she called her husband and told him her plan. He tried to dissuade her, as did her daughter Penny, who told her, “Mom, I have a terrible feeling I’m not going to see you anymore.” Liuzzo replied, “I need to be there … .” In Selma, Liuzzo greeted new arrivals for the march at the Brown Chapel reception desk. There she met Leroy Moton, a 19-year-old civil rights activist.

More than 3,000 people began the march on Sunday, March 21, including blacks, whites, doctors, nurses, working-class people, priests, nuns, rabbis, homemakers, students, actors, and farmers. Many famous people participated including Dr. Martin Luther King, Ralph Bunche, Coretta Scott King, Ralph Abernathy, and Andrew Young. It took five days for the protesters to reach their goal. Liuzzo marched the first full day and returned to Selma for the night. On Wednesday she rejoined the march four miles from the end, where a festival was held with performances by many popular entertainers of the day, including Sammy Davis, Jr., Joan Baez, and Dick Gregory. Liuzzo helped at the first aid station. On Thursday, Liuzzo and other marchers reached the state capitol building, with a Confederate flag flying above it. Martin Luther King addressed the crowd of 25,000, calling the march, a “shining moment in American history.”

After the march, Liuzzo insisted on helping shuttle people from Montgomery back to Selma. After dropping passengers in Selma, she and Moton headed back to Montgomery. Liuzzo stopped at a red light, and a car with four white men pulled up alongside her. They saw a white woman and a black man in a car together. Because of segregation, blacks and whites in the South did not share public facilities and race-mixing often led to violence. These men belonged to the Ku Klux Klan (KKK), a group that supported the continuation of segregation. They followed Liuzzo, who tried to outrun them. They caught up with her car and opened fire. She was shot in the head and died in Lowndesboro, Alabama on March 25, 1965.

The Liuzzo family was shattered to learn of her death. Adding to their grief were the phone calls and hate mail they received. The children were taunted in the streets with cries of “nigger lover.” Yet many others called and wrote to express love and sympathy. President Lyndon Johnson appeared on television the next day to discuss the murder and arrest of the four Klansmen. Johnson told the American people, “Mrs. Liuzzo went to Alabama to serve the struggle for justice. She was murdered by the enemies of justice, who for decades have used the rope and the gun and the tar and feathers to terrorize their neighbors.” Johnson announced that he planned to send an anti-KKK bill to Congress to demand an investigation into the “hooded society of bigots.” Johnson used Liuzzo’s murder to encourage Congress to pass the Voting Rights Act, which he signed into law in August of 1965.

On May 3, 1965, the trial of Liuzzo’s killers began. One of the men in the car, Gary Thomas Rowe, Jr., was an FBI informant and thus was protected by the FBI. The three others were indicted on a state charge of murder and a federal charge of civil rights violation. The all-white jury could not come to a decision and a mistrial was declared. The second trial began in October. The defense attorney attacked the credibility of the informant, Rowe, stating that he fabricated information. The men were found not guilty of murder. In the federal trial, the defendants were found guilty of conspiracy to violate the civil rights of Liuzzo and were sentenced to ten years in prison, a landmark in Southern legal history.

In 1978, investigations revealed that Rowe, the FBI informant, may have been involved in the bombing of a church in 1963 where four black girls were killed. In November of 1978, a grand jury indicted Rowe for the murder of Liuzzo, but he fought the extradition proceedings against him. In 1980, an FBI file revealed that Rowe had clubbed Freedom Riders and that the FBI had paid his medical bills and given him a $125 bonus. The Liuzzo children sued the FBI for $2 million, blaming Rowe and the FBI for the murder. A federal judge blocked Rowe’s extradition to Alabama. In Ann Arbor, Michigan, the Liuzzos got Rowe into court, but the judge threw out the case and ordered the family to pay back the government $80,000 in court costs. The family appealed and the fine was voided.

Difficulties in obtaining FBI files in the Liuzzo case led to a strengthening of the Freedom of Information Act. Playboy magazine sued the Department of Justice to gain access to the task force report on Gary Thomas Rowe, Jr. It took two and a half years of legal wrangling before Judge Norma Holloway Johnson ordered the report turned over to Playboy. The lengthy court battle ended in a landmark decision that endorsed the public’s right to know.