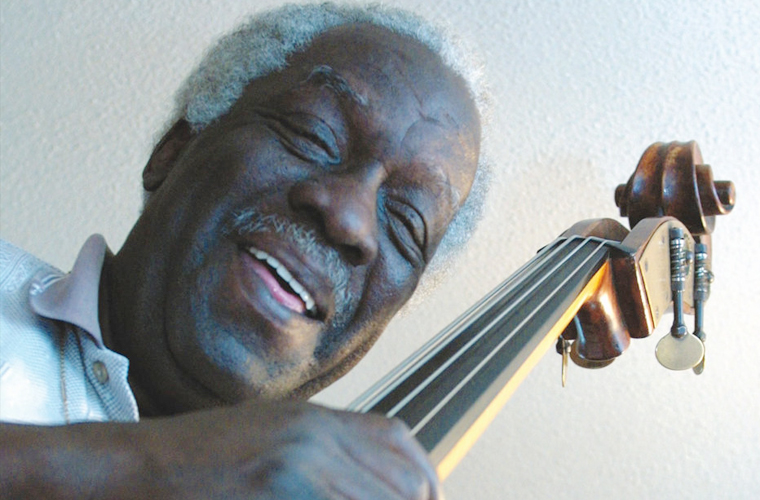 Legendary jazz bassist William Thomas “Keter” Betts was born July 22, 1928, in Port Chester, New York. While running an errand for his mother while in the fifth grade, Betts came across a parade. Instead of continuing on his way, he followed the parade all over town, entranced by the music. That incident marked the beginning of his love affair with music.

Starting out on the drums, Betts tired of carrying the setup and down the four floors to his family apartment, and in 1946, he switched to the bass. When Betts was only nineteen, he landed his first professional gig, playing for thirteen weeks in Washington, D.C., with saxophonist Carmen Leggio. After touring the country from 1949 to 1951, Betts met jazz singer Dinah Washington and toured with her from 1951 until 1956. The next five years found Betts working in the hottest clubs in the country and touring Europe and South America with Charlie Byrd and Woody Herman. In 1964, Betts joined up with Ella Fitzgerald for a short tour. He would rejoin her several more times, and their career together would span twenty-four years.

Betts was an instructor of music at Howard University in Washington, D.C., since 1963, and also instructed young adults through various programs, including the Washington Performing Arts Society’s Concerts in Schools and Prince George’s County’s Arts Alive. Despite appearing in more than 100 recordings, it was not until 1998 that Betts released his first solo album, Bass, Buddies & Blues, and followed it up a year later with Bass, Buddies, Blues Beauty Too.

Betts was a member of the Smithsonian Jazz Masterworks Big Band and was inducted into the Washington Area Music Association Hall of Fame. Betts performed annually at the All-Star Christmas Jazz Jam on Millennium Stage from 2000 to 2004.

Ladinos and Bozales: A Brief Early History of Africans in Colombia: 1500-1800