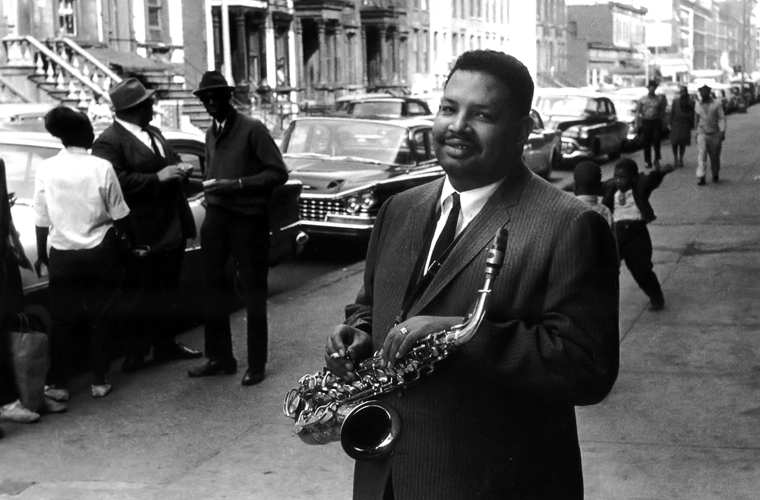 Cannonball Adderley, byname of Julian Edwin Adderley, (born September 15, 1928, Tampa, Florida, U.S.—died August 8, 1975, Gary, Indiana), one of the most prominent and popular American jazz musicians of the 1950s and ’60s whose exuberant music was firmly in the bop school but which also employed the melodic sense of traditional jazz. A multi-instrumentalist, Adderley is best-known for his work on alto saxophone and for his recordings with Miles Davis and with his own small groups.

The son of a jazz cornetist, Adderley had directed a high school band in Fort Lauderdale, Florida, studied at the U.S. Navy School of Music, and led two army bands before moving to New York City in the mid-1950s. In the summer of 1955, Adderley attracted attention within New York jazz circles, garnering rave reviews for his performances with bassist Oscar Pettiford at the Café Bohemia. He soon thereafter formed a quintet with his brother Nat, a noted cornetist, that met with little success—although recordings made by the group received considerable praise years later. In 1957 Adderley embarked upon an 18-month stint with trumpeter Miles Davis, which proved to be one of the most fertile and creative periods in the careers of both men. Playing in Davis’s sextet alongside saxophone legend John Coltrane, Adderley favored a busy style that contrasted well with Davis’s spare understatement. Adderley was prominently featured on Davis’s albums Milestones (1958) and Kind of Blue (1959), both considered benchmarks of 1950s hard bop and modal jazz. Also significant was Somethin’ Else (1958), a classic album released under Adderley’s own name on which Davis was a guest player. In 1959 Adderley again joined with brother Nat to form a quintet, this time successfully, and he continued to lead popular small groups for the remainder of his career.

Adderley was first acclaimed as a stylistic heir to Charlie Parker, although the more traditional Benny Carter’s rhythm-and-blues phrasing also inspired his music. Although his music was not regarded as particularly groundbreaking, Adderley was an extremely gifted musician technically, known for an improvisational style that featured restless, highly decorated, often florid lines; emphatic blues harmonies; and a full, rich tone. As jazz became more atonally obtuse and rhythmically complex during the 1960s, Adderley’s straightforward approach helped keep jazz popular with mainstream audiences. His was “happy music, and none the worse for that,” according to one critic.

Adderley’s quintet (which was occasionally expanded to a sextet with the addition of another saxophone) released popular recordings such as “This Here” (also called “Dis Here”), “Work Song,” “Jive Samba,” and “Mercy, Mercy, Mercy.” A kind and generous man who nurtured and promoted several young musicians, Adderley was also a forceful and articulate spokesman, serving on several university and government committees for the advancement of jazz.