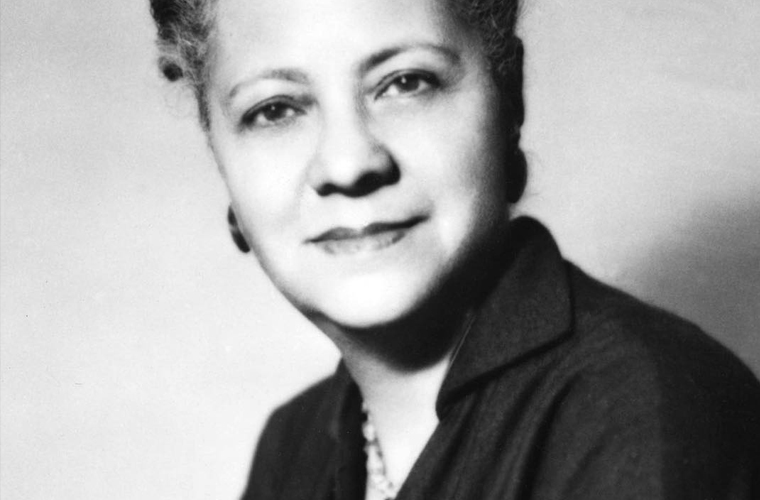 Political activist and educator Anna Arnold Hedgeman was the first African American woman to serve on the cabinet of a New York mayor when she worked during the term of New York City Mayor Robert Wagner from 1957-1958. Her career spanned more than six decades as an advocate for civil rights. In 1963 she helped A. Philip Randolph and Bayard Rustin plan the March on Washington and was the only woman among the key event organizers.

Anna Arnold was born on July 5, 1899, in Marshalltown, Iowa to William James Arnold II and Marie Ellen Arnold. When Anna was a child, the family moved to Anoka, Minnesota where the Arnolds were the only black family in the community. Her father created an environment that prioritized education and a strong work ethic. Arnold learned how to read at home and was not allowed to attend school until she was seven years old.

After graduating from high school in 1918, Arnold was accepted into Hamline University, a Methodist college in St. Paul, Minnesota. She graduated four years later with a Bachelor of Arts degree in English, the first African American to earn a degree at that institution. While at Hamline, Arnold heard Dr. W.E.B. DuBois give an address and was inspired to become an educator. Immediately after graduation, Arnold accepted a teaching position at Rust College in Holly Springs, Mississippi, the oldest of the Historically Black Colleges and Universities. She taught English and history there for two years. While in Mississippi she experienced racial segregation and discrimination for the first time, leading to her later involvement in the civil rights movement.

In 1924, Arnold left Holly Springs and began a career with the Young Women’s Christian Association (YWCA). Between 1924 and 1938 she was executive director of YWCA facilities in Springfield (Ohio), Jersey City (New Jersey), Harlem, Philadelphia (Pennsylvania), and Brooklyn. In 1936 Arnold married Merritt A. Hedgeman, an opera and folk music performer.

In 1944 Anna Arnold Hedgeman was appointed to be the executive director of the National Committee for a Permanent Fair Employment Practices Commission. She also served briefly as Assistant Dean of Women at Howard University, as public relations consultant for Fuller Products Company, and as associate editor and columnist for the New York Age. In 1948 she worked on the Harry Truman Presidential campaign.

From 1954 to 1958, Anna Arnold Hedgeman served in the cabinet of New York Mayor Robert F. Wagner, Jr.  She was the first black woman to hold that position. By the early 1960s, Hedgeman was well-respected as a civic leader and helped A. Philip Randolph and Bayard Rustin planned the 1963 March on Washington, which brought over 250,000 people to the nation’s capital. As the Coordinator of Special Events for the Commission of Religion and Race of the National Council of Churches, Hedgeman recruited over 40,000 Protestants who participated on August 28, 1963, in March. In 1965 Hedgeman ran unsuccessfully for City Council President in New York.

By the 1970s Hedgeman was a frequent lecturer at African and U.S. universities. She also wrote two books about her life’s work: The Trumpet Sounds (1964), and The Gift of Chaos (1977).  Both Howard University and Hamline University have awarded Hedgeman honorary doctorate degrees. Anna Arnold Hedgeman died in Harlem on January 17, 1990.