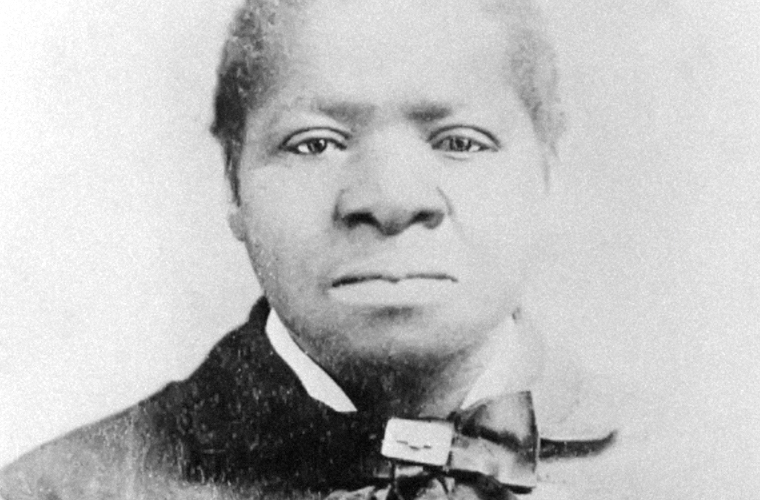 Biddy Mason (1818-1891) was a southern slave who becomes free after she moved with her masters to California. She built a career in Los Angeles as a nurse and a midwife, bought a piece of property, and used her business skills to become one of the wealthiest black women in the United States after the Civil War, as well as a notable philanthropist.

Bridget Mason, known to everyone as “Biddy,” was born into slavery on August 15, 1818. Her place of birth was probably Hancock County, Georgia, though some historians cite it as Mississippi. She was of mixed African American and Native American descent, but the names of her parents are unknown. As a slave child, she was separated from her parents and sold several times, working on plantations in Georgia, Mississippi, and South Carolina. She spent much of her childhood working on John Smithson’s plantation in South Carolina, where she assisted the house servants and midwives. In 1836 Smithson gave the 18-year-old Mason, two other female house servants, and a blacksmith to his cousins, Robert Marion Smith and Rebecca (Crosby) Smith, as a wedding present.

Mason was forbidden to learn to read or write, but she learned many practical skills, including medicine and midwifery. These skills made her a valuable asset to the Smiths on their plantation in Logtown, Mississippi. Mason took care of Rebecca Smith, who was often ill and helped with the deliveries of the Smiths’ six children. She also worked outdoors in the cotton fields and cared for livestock.

While working for the Smiths in Mississippi, Mason had three daughters. The first, Ellen, was born on October 15, 1838. The second, Ann, was born in 1844, and Harriet was born four years later. Robert Smith was probably the father of all three. The children added to Smith’s wealth because they could provide additional slave labor.

Around 1844, Smith became a member of the Church of Jesus Christ of Latter Day Saints, the Mormon religion. On March 10, 1848, Smith and a group of Mississippi Mormons left Fulton, Mississippi, for the Salt Lake area in present-day Utah, where Mormon leaders had established a center for their faith. The group consisted of 56 whites and 34 slaves, including Mason and her three daughters, the youngest only an infant. They followed the Overland Trail through Tennessee, Kentucky, Missouri, Iowa, Nebraska, and Wyoming. The trip covered over 2,000 miles and took about seven months. Mason, her children, and the other slaves walked behind the wagons and the livestock. The slaves cooked, cleaned, and tended the livestock. Mason was responsible for setting up camp each evening and packing up the next morning. Several children were born to slaves and white women during the trip, and Mason helped deliver them.

When a group of Mormon pioneers left for San Bernardino, California, to establish a new settlement, Smith decided to join them. Mason and the other slaves again walked behind the wagons, most of them not knowing they were walking to potential freedom.

In 1849 California drafted a constitution forbidding slavery, and in September 1850 joined the Union as a free state. Slave owners who had arrived before 1850 could keep their slaves as indentured servants. Smith and his slaves arrived in 1851. Smith probably did not know that California was a free state when he made the trip.

In San Bernardino, several free blacks told Mason how she could try to become free. They included Charles and Elizabeth Rowan, who had come with her from Utah, and Charles Owens and Manuel Pepper. Owens was courting Mason’s 17-year-old daughter Ellen, and Pepper wanted to marry the daughter of Mason’s friend, Hannah, another of Smith’s slaves.

By 1855 anti-slavery sentiment was growing stronger in California. Smith decided to move his family and his slaves to Texas, a state that allowed slavery. He planned to settle there or sell his slaves and make a profit. Smith’s journey was delayed because Hannah was about to give birth to another of Smith’s children. The group camped in the Santa Monica Mountains and awaited the child’s birth.

Meanwhile, Elizabeth Rowan and Robert Owens, the father of Charles Owens and a successful businessman, persuaded the county sheriff to prevent Smith from taking his slaves out of the state. The sheriffs kept the Smith slaves in the county jail for their protection until their legal status could be determined. Rowan and Owens filed a petition claiming that Smith was holding his slaves illegally in a free state. Smith claimed they were not slaves but members of his family. Los Angeles County District Judge Benjamin Hayes granted the petition and set the Smith slaves free on January 21, 1856.

Robert Owens invited Mason and her family to live with him in Los Angeles. His son and her daughter soon married. Mason began to work as a midwife and nurse for Dr. John Strother Griffin. She quickly gained a reputation, becoming well known for her herbal remedies. Mason delivered babies for families of various races and social classes. She earned $2.50 a day, a good wage for an African American woman at that time. She also often gave her services to those unable to pay. After working as a midwife for ten years, Mason had saved $250. On November 28, 1866, Mason bought two lots bounded by Spring, Fort, Third, and Fourth Streets on the outskirts of the city. She was one of the first African American women to buy property in the United States.

Mason initially used the land for gardening and built some small wooden houses to rent for additional income. She continued to rent accommodations for the next 18 years. Mason finally moved to her own land in 1884, when she was 66. She sold part of her land for $1,500 and built a commercial building on another part. Mason rented out storerooms on the ground floor and lived with her family on the second floor. Her neighborhood developed quickly, and by the early 1890s, the main financial district of Los Angeles was one block from Mason’s property. Due to her shrewd investments, Mason was the wealthiest African American woman in Los Angeles by the late 1800s.

Mason devoted much of her time and energy to religious and community works. She opened her homestead to needy people, and lines of people seeking her assistance often formed on Spring Street. She also donated money and land to schools, day care centers, grocery stores, and churches, and she visited jail inmates regularly. Mason did much to help working African American families establish themselves in Los Angeles. In 1872, she and her son-in-law, Charles Owen, formed the Los Angeles branch of the First African Methodist Episcopal Church. According to Dolores Hayden’s article in California History, Mason’s great-granddaughter Gladys Owens Smith quoted Mason as saying, “If you hold your hand closed, nothing good can come in. The open hand is blessed, for it gives in abundance, even as it receives.”

Despite her prosperity, Mason was buried in an unmarked grave in Evergreen Cemetery in the Boyle Heights neighborhood of Los Angeles. A tombstone was laid at the site nearly one hundred years later on March 27, 1988, by Mayor Tom Bradley, the first African American mayor of Los Angeles, and several thousand members of the First African Methodist Episcopal church. A year later, November 16, 1989, was declared “Biddy Mason Day” in Los Angeles. The next day, a new mixed-use building called the Broadway Spring Center was opened on the spot where Mason’s homestead once stood. The site included an 8-by-81-foot memorial wall dedicated to Mason that included a collage of Mason’s original frame house at the site.