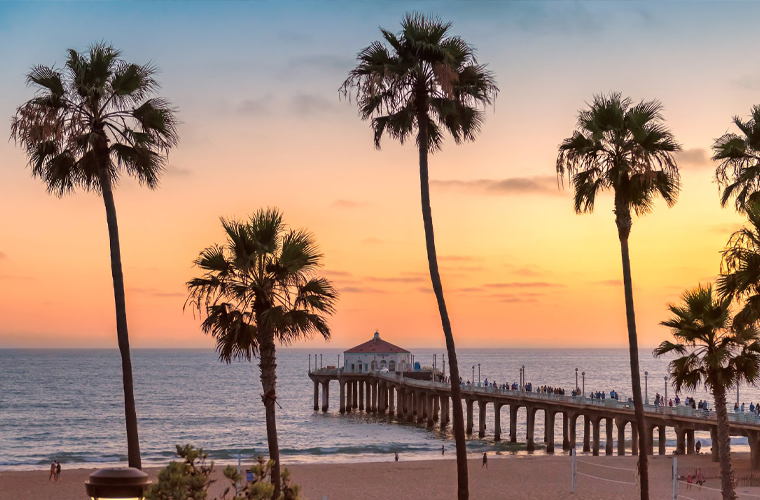 When Peter Burnett took the podium in Sacramento in 1849, he faced a group of men like him—pioneers determined to take California from an upstart territory to a full-fledged state. He had been elected California’s first governor just a day before, and as he addressed his fellow legislators, he brought up one of the most explosive issues of his time: the place of black people in the future state.

California had decided to ban slavery after a heated debate, but Burnett’s vision didn’t include black residents at all. “It could be no favor, and no kindness, to permit [free blacks] to settle in the State,” he said, “while it would be a most serious injury to us….Had they been born here, and had acquired rights in consequence, I should not recommend any measures to expel them…the object is to keep them out.”

Burnett wasn’t alone in his vision of a California that banned black people. Throughout the 1840s and 1850s, California citizens and legislators fought to ensure that free black people would be prohibited from immigrating to or living in California. And though their efforts eventually failed, they reflected thefear and racism faced by black people in the American West.

California held both opportunity and danger for people of color, many of whom were freed slaves. Born into slavery, Elizabeth Flake Rowan had been freed when she entered California territory. After settling in what is now San Bernardino, Rowan helped build a fort, cared for the children and women of her community, and enjoyed the abundance of the young state. Though her daily life was relatively mundane—she lived with her husband, a barber, and raised three children while working as a laundress, she was perceived as a threat by Californians who wanted her and others like her excluded from the state altogether.

California’s move to exclude black people from the state had roots in the new state’s conflict over whether to allow slavery or not. At the time, a national debate raged over how to decide if the United States’ newest territories should be open to slavery, and opinion split between pro-slavery advocates—mostly from Southern states—and “free soilers,” abolitionists who wished to introduce more slave-free states and territories into the Union. These debates heated up as the United States expanded westward, and in 1849 California threatened to change the equal number of free and slave states that held the United States Senate in a tentative balance.

As part of the Compromise of 1850, a series of laws intended to keep the interests of slave owners and abolitionists in balance, California entered the Union as a free state. But that was hardly the end of debates over black Californians and slavery—or the virulent racism faced by black people in the state.

As California drew up its state constitution, it faced these issues head-on. Many delegates—even those who were against slavery—called for the new state to bar free black people from the state altogether. Miners, who constituted one of California’s most powerful constituencies, worried that groups of black miners would pool their wealth and wield more influence than white miners. In some areas, free blacks were driven out of town or subject to segregation. But a growing minority wanted them banned from the new state altogether.

As historian Eugene H. Berwanger notes, the question of whether to allow free black men to live in California was the only issue that inspired significant debate at California’s constitutional convention. Inspired by Oregon’s laws forcing free blacks to leave the state, Morton M. McCarver—a Kentuckian who had spent time there—brought a resolution to exclude free blacks from California, too.

The debate that followed revealed the depth of anti-black sentiment in the territory. “Depend on it, you will find the country flooded with a population of free Negroes,” said McCarver, calling that potential wave of immigration “the greatest calamity that could befall California.”

McCarver’s proposal was ultimately rejected, but it had a long afterlife even after California became a state. Its next proponent was California’s first governor, Tennessee-born Peter Burnett. He, too, had lived in Oregon, where he signed the state’s first laws excluding black people. After moving to California during the Gold Rush, he returned to politics, and resumed trying to ban black people from the American West.

It was an issue of life and death for African-Americans—and even after the constitution forbade slavery, the question of rights for black Californians caused deep divisions in the state. Sometimes, it even boiled over into personal rivalries. In 1859, an argument over slavery even resulted in a duel when United States Senator David C. Broderick, an abolitionist, was killed by ex-Chief Justice of the State of California David S. Terry, a pro-slavery advocate.

Throughout Burnett’s tenure in office and that of his successor, California legislators attempted to exclude free blacks again and again. In 1858, for example, Isaac Allen brought a bill alleging that associating with white people “leads to foster the ignorant pride of the free Negro, so that he becomes insolent and defiant, and if in sufficient numbers, would become dangerous.” The bill died in committee. Only when Californians began to worry about Chinese laborers instead, notes Berwanger, did the issue fade.

California’s free black people were safe…for now. But the issue of whether slavery should be introduced in the state remained incendiary. Eventually, it helped fuel the Civil War—and created a climate in which black Californians, though technically free, were anything but welcome.