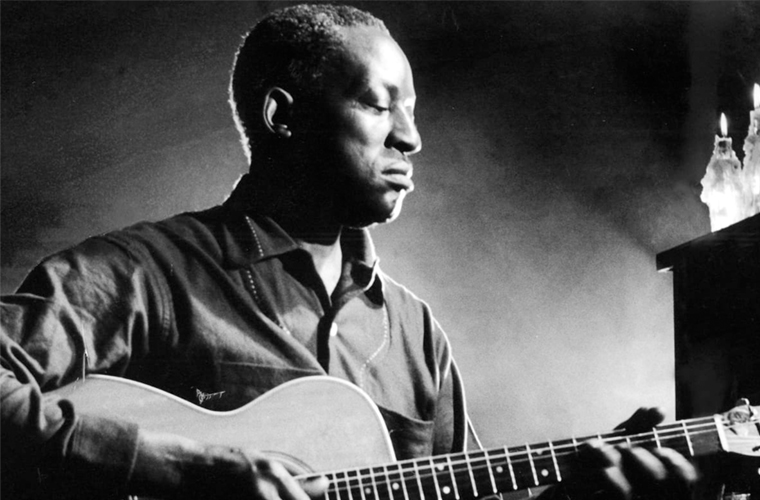 In 1926, a self-taught musician named Big Bill Broonzy found his way to Chicago. A sharecropper turned soldier, he had left Mississippi and headed north to escape the pervasive racism of the Jim Crow South along with thousands of other African-Americans in the Great Migration. Like many other black men, he worked as a janitor and a Pullman porter, and a cook. But when he found himself in front of a microphone in a recording studio, the blues musician knew he had found his niche.

Broonzy’s recordings were sold as “race records”—music for and by black audiences. But though he recorded hundreds of songs in just a decade, responding to a national hunger for black voices and black music, he barely made any money. “I didn’t get no royalties, because I didn’t know nothing about trying to demand no money, see,” he told Alan Lomax in 1947.

Broonzy was just one of the thousands of black recording artists who helped fuel the phenomenon of race records between 1920 and 1940. But though these artists pioneered new sounds in blues, jazz, and gospel, most labored for no recognition and little pay

At the time, America had segregated schools and buses. Black people had to watch movies and theatrical performances from hot, dirty balconies and were excluded from much of white culture, especially in the Jim Crow South. And even popular culture was segregated. “Race” media—music, films, and publications—was created by and for African-Americans, and white audiences seldom knew or cared about these creative art forms.

A black person might own a shelf full of records by groundbreaking artists like Ma Rainey, Jelly Roll Morton, or Duke Ellington, all of whom became best-selling artists on so-called “race records.” But a white person might have no idea who any of those artists were, though they had sold thousands of copies. That’s because race records were sold in stores and advertised in publications that catered to African-Americans. And though they documented and celebrated some of the best black music of their day, from blues to vaudeville to jazz, race records didn’t always benefit African-Americans.

At the turn of the 20th century, black Americans performed in all sorts of musical genres: ragtime, vaudeville, and all-black orchestras. But discrimination and income inequity meant that nearly no black artists were recorded. Recording equipment—still in its infancy—was bulky, expensive, and entirely owned by white people, and white people didn’t listen to black music except for vaudeville songs that were sung by white people in blackface.

There were a few early exceptions: George W. Johnson, the first black person ever recorded, who became known as “The Whistling Coon” for his ragtime whistling starting in 1890, and vaudevillians George Walker and Bert Williams, who recorded a variety of songs at the turn of the 20th century. But for the most part, black people could only be found behind the scenes, writing many recorded hits but receiving little money, fame, or credit for their work.

Then, in 1920, a black composer named Perry Bradford went to Okeh records to try to convince them to record a black artist. At the time, the label had an entire division of “foreign” records in languages like Norwegian and Yiddish that were recorded for immigrant communities, and Bradford convinced the label to take a chance on recording a black singer for the line. Mamie Smith, a blues singer, recorded two songs, which were released with marketing that downplayed her race. But when black audiences heard that they could buy a record of a black performer singing black music, they rushed to the stores, buying 75,000 copies of the record despite it costing the equivalent of two hours of work at an average black person’s salary.

Smith then recorded “Crazy Blues,” the first blues record. This time, it sold 100,000 copies, and other record labels hustled to get in on the trend. Suddenly, every label wanted to produce “race records,” and black audiences, who had been excluded from recorded music for so long, wanted to buy them.

Not all race record labels were white-owned: Black Swan Records, for example, released about 150 race records, including recordings of black classical musicians. However, the label ran into financial trouble and was eventually swallowed up by Paramount, which was quickly becoming one of the most important race labels. “Segregation and racism, combined with only fleeting access to capital, technology, and distribution—which were almost exclusively controlled by whites—placed the African-American labels at a disadvantage and ultimately contributed to their quick demise,” notes historian Matthew A. Killmeier.

Race records made sense for white record labels, which had been losing market share with the introduction of radio. But they made financial sense for another reason: It was easier to exploit and underpay black artists than white ones. Many of their songs had never been published, and labels snagged recording rights along with the recordings. Many artists were put on records that gave them pseudonyms or left out their names entirely, which meant they weren’t able to parlay their recording careers into successful performing careers.

Countless others were recorded without contracts and without being paid royalties. Since black artists were mostly excluded from ASCAP, the American Society of Composers, Artists, and Performers, the few who did have royalty agreements didn’t have much chance of enforcing them. This led to shocking financial predicaments for artists like Bessie Smith, known as “Empress of the Blues.” Smith made Columbia millions of dollars, but she could not read and be never paid royalties. And starting in the mid-1920s, traveling scouts took recording equipment into the American South, where they profited off of one-time, local recordings with artists whose names are not known and who never benefited from an ongoing relationship with the labels.

Eventually, white audiences caught on to black music, and race records were rebranded as “rhythm and blues.” Race records declined and died. But though the recordings captured artists like Broonzy, Ethel Waters, Bessie Smith, and Louis Armstrong, they’re also a reminder of how white businessmen used black labor to line their pockets in a time of rampant discrimination.

“Until I started running in this music business,” remembered Broonzy, “I had never lived around no people that would kill they own brother, like, for a lousy dollar.”

The Slave Ships & Their Voyages