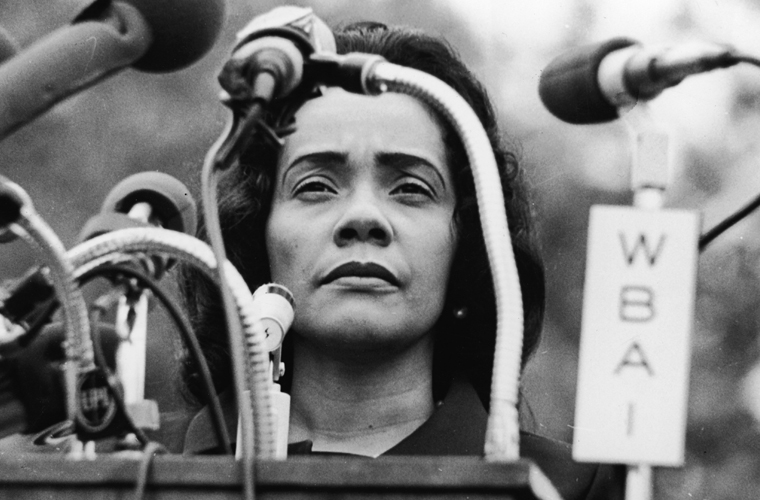 Coretta Scott King was an American civil rights activist and the wife of 1960s civil rights leader Martin Luther King Jr. Born in Alabama in 1927, Coretta Scott King met her husband, Martin Luther King Jr., while the two were both students in Boston, Massachusetts. She worked side by side with MLK as he became a leader of the civil rights movement, establishing her own distinguished career as an activist. Following her husband’s assassination in 1968, Coretta founded the Martin Luther King Jr. Center for Nonviolent Social Change, and later successfully lobbied for his birthday to recognized as a federal holiday. She died of complications from ovarian cancer in 2006, at age 78.

Working side by side with her husband throughout the 1950s and ’60s, Coretta took part in the Montgomery Bus Boycott of 1955, journeyed to Ghana to mark that nation’s independence in 1957, traveled to India on a pilgrimage in 1959 and worked to pass the 1964 Civil Rights Act, among other endeavors.

Though best known for working alongside her husband, Coretta established a distinguished career in activism in her own right. Among many roles, she worked as a public mediator and as a liaison to peace and justice organizations.