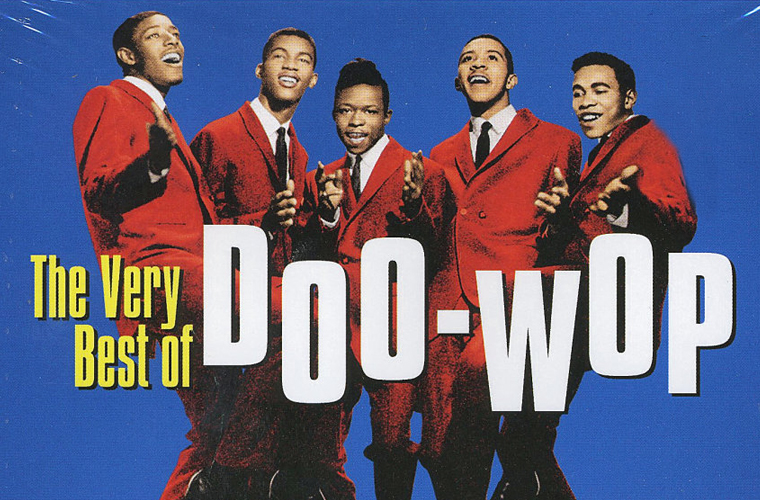 Doo-wop, style of rhythm-and-blues and rock-and-roll vocal music popular in the 1950s and ’60s. The structure of doo-wop music generally featured a tenor lead vocalist singing the melody of the song with a trio or quartet singing background harmony. The term doo-wop is derived from the sounds made by the group as they provided the harmonic background for the lead singer.

The roots of the doo-wop style can be found as early as the records of the Mills Brothers and the Ink Spots in the 1930s and ’40s. The Mills Brothers turned small-group harmony into an art form when, in many of their recordings, they used their vocal harmony to simulate the sound of string or reed sections. The Ink Spots established the preeminence of the tenor and bass singers as members of the pop vocal ensemble, and their influence can be heard in rhythm-and-blues music beginning in the 1940s (in records by the Ravens), throughout the ’50s, and well into the ’70s. This influence is best exhibited in the remakes of the Ink Spots’ hit records “My Prayer” (1956) by the Platters and “If I Didn’t Care” (1970) by the Moments. In fact, Motown’s premier male group of the 1960s and ’70s, the Temptations, had a vocal sound that was based in this classic doo-wop style, with the Ink Spots’ tenor lead singer, Bill Kenny, and bass singer, Hoppy Jones, serving as inspiration for the Temptations’ lead singers, Eddie Kendricks and David Ruffin, and their bass singer, Melvin Franklin. There also was a school of female doo-wop, best exemplified by the Chantels, the Shirelles, and Patti LaBelle and the Bluebelles.

The popularity of doo-wop music among young singers in urban American communities of the 1950s such as New York City, Chicago, and Baltimore, Maryland, was due in large part to the fact that the music could be performed effectively a cappella. Many young enthusiasts in these communities had little access to musical instruments, so the vocal ensemble was the most popular musical performing unit. Doo-wop groups tended to rehearse in locations that provided echoes—where their harmonies could best be heard. They often rehearsed in hallways and high school bathrooms and under bridges; when they were ready for public performance, they sang on stoops and street corners, in community center talent shows, and in the hallways of the Brill Building. As a result, many doo-wop records had such remarkably rich vocal harmonies that they virtually overwhelmed their minimalist instrumental accompaniment. Doo-wop’s appeal for much of the public lay in its artistically powerful simplicity, but this “uncomplicated” type of record also was an ideal, low-budget investment for a small record company to produce. The absence of strings and horns (“sweetening”) in their production gave many of the doo-wop records of the early 1950s an almost haunting sparseness. The Orioles’ “What Are You Doing New Year’s Eve?” (1949) and “Crying in the Chapel” (1953), the Harptones’ “A Sunday Kind of Love” (1953), and the Penguins’ “Earth Angel” (1954) are excellent examples of this effect.

An unfortunate by-product of the poetic simplicity of doo-wop records was that it was relatively easy for major labels to cover (re-record) those records with greater production values (including the addition of strings and horns) and with a different vocal group. Consistent with the racial segregation of much of American society in the 1950s, the practice of major record labels producing cover records usually involved doo-wop records that were originally performed by African-American artists being re-created by white artists, the objective is to sell these covers to a broader, “pop” (white) audience. Among the legion of doo-wop records that suffered this fate was the Chords’ “Sh-Boom” (covered by the Crew-Cuts in 1954) and the Moonglows’ “Sincerely” (covered by the McGuire Sisters in 1955). A number of white singing groups adopted the doo-wop style—particularly Italian-American ensembles who shared the same urban environment with the African Americans who originated doo-wop. Like the phenomenon of cover records, the advent of the “clean-cut” teen idols who prospered on American Bandstand, and the popularity of blue-eyed soul, this version of doo-wop further exemplified how black music was co-opted by the white recording industry. Prominent practitioners of the “white doo-wop” sound were the Elegants (“Little Star” [1958]), Dion and the Belmonts (“I Wonder Why” [1958]), and the Four Seasons’ (“Sherry” 1962). Ultimately, the musical power of doo-wop has flowed from the original groups through the Motown music of the 1960s and the Philly Sound of the ’70s and continued into the urban contemporary music of the ’90s.