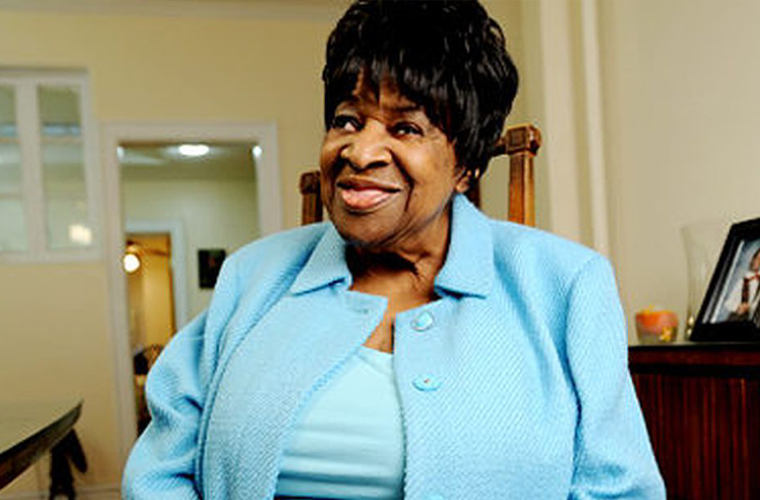 Community leader and gynecologist Dr. Josephine English was born on December 17, 1920, in Ontario, Virginia to Whittie, Sr., and Jennie English. She grew up in Englewood, New Jersey, and received her B.A. degree from New York City’s Hunter College in 1939. English went on to earn her M.A. degree in psychology from New York University. She attended Meharry Medical School in Nashville, Tennessee, and while there, became interested in obstetrics and gynecology. English graduated from medical school in 1949 and began working at a hospital in Manhattan.

In 1956, English moved to Brooklyn, and in 1958, she opened a women’s clinic in Bushwick. Over the years, she has delivered thousands of babies, including the daughter of former U.S. Secretary of Commerce Ron Brown and the six daughters of Malcolm X and Betty Shabazz. In 1979, English established the Adelphi Medical Center to provide better medical care to both men and women. She soon added a senior citizens’ center. In 1981, she started the Up the Ladder Day Care Center and After School Program and a summer youth camp. Her work continued in 1982 when, in an effort to bring more of the arts to the community, she purchased a deserted church next to the Adelphi Medical Center and converted it into Brooklyn’s Paul Robeson Theater. In 1986, English became the first minority and the first woman to be awarded a license from the New York State Department of Health to develop a free-standing ambulatory surgical center.

Due to budget issues English self-funded many of her programs and has had to continuously fight foreclosure. The Brooklyn community stood behind English, and she has been honored with several awards, including the African Community Contribution Award and a Lucille Mason Rose Community Activist Award. In 1996, Brooklynites formed the Dr. Josephine English Foundation in order to honor English and to carry on her health and welfare initiatives.