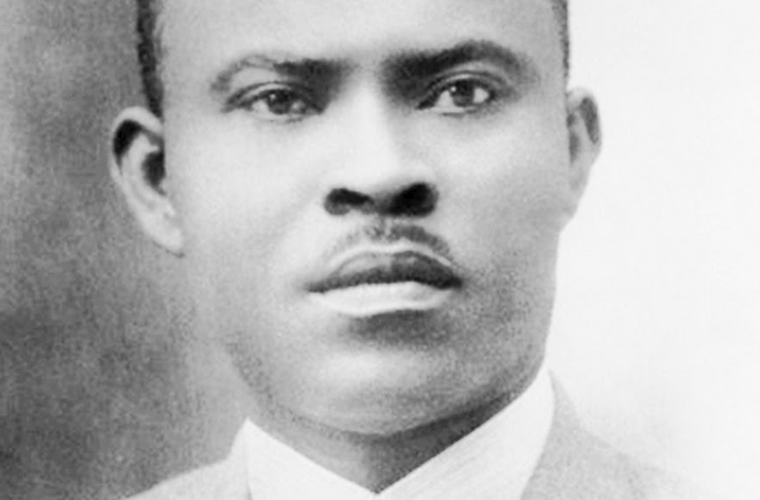 Dumarsais Estimé was born on April 21, 1900, in Verettes, a village in the Artibonite Valley of Haiti. He attended public schools and became a schoolteacher at the Lycee Petion. Among Estimé’s students was François “Papa Doc” Duvalier (1907–1971). Estimé later ventured into politics and secured the posts of secretary of education, secretary of labor, and secretary of agriculture under President Stenio Vincent between 1930 and 1941. When widespread protests led to the removal of President Elie Lescot, who held power between 1941 and 1946, Estimé ran for president.

Estimé was one of many noiristes, Haitians who considered blacks to be the historical defenders of the nation’s liberty and sought empowerment through opposition to white and mulatto rule. Inspired by popular disaffection with mulatto dictatorships and the black nationalism of noirisme, Estimé ran on the slogan “A Black Man in Power.” Because he was the primary noiriste candidate from the North, he enjoyed the support of a large segment of the peasantry. He planned to liberate Haiti from U.S. domination, legislate greater freedoms, and embrace modernization as the panacea to the plight of workers and the peasantry. On August 16, 1946, Dumarsais Estimé was elected president of Haiti.

Estimé’s election became known as the “revolution of 1946.” His cabinet included Daniel Fignolé(1915–1986), the charismatic leader of Mouvement Ouvrier Paysan (MOP), as minister of education and François Duvalier as minister of public health. Among the first acts of the Estimé administration were the drafting of a new constitution that put strict limitations on foreign businesses (though less so on the tourist industry) and protected freedom of the press, allowing an opposition voice. The constitution equated citizenship with blackness, defining a Haitian as “any person of the black race born of a Haitian.” In addition, the constitution reasserted the Haitian claim to the island of Navassa, located thirty-two miles southwest of Haiti. Both Haiti and the United States maintained an unresolved claim to Navassa, and Estimé’s assertion of Haitian ownership continued this trend. Estimé also attempted to reinvigorate tourism. He courted Pan American Airways and Hilton Hotels and considered the possibility of a casino in Port-au-Prince. He also organized the International Exposition of 1949.

In 1950 Estimé proposed legislation to alter the constitution and extend his term of office. The Senate voted against him, but the Haitian public organized demonstrations in order to pressure the Senate to change their stance. With the public behind him, Estimé signed a decree to dissolve the Senate, but the military prevented its publication. The door was opened, and a coup instituted by a military junta that included Colonel Paul Magloire forced Estimé to resign and seek exile in New York, where he died three years later, on July 20, 1953.

Noirisme had brought Estimé to power, and within it the general public perceived the antidote to the class antagonism that inundated the nation. If blacks and mulattos could unite under the name black then presumably they could be mutually uplifted. This possibility, which Estimé had made tangible again, would continue to drive Haitian politics and result in the election of François Duvalier in 1957.

Port-Au-Prince, Haiti: Flowers for Haiti’s First Lady, Mrs. Dumarsais Estime, are presented by Edward J. Miller, US Assistant Secretary of State. President Estime (right) looks on. The presentation was made at ceremonies opening the country’s $26,000,000 Bicentennial Exposition at Port-Au-Prince.