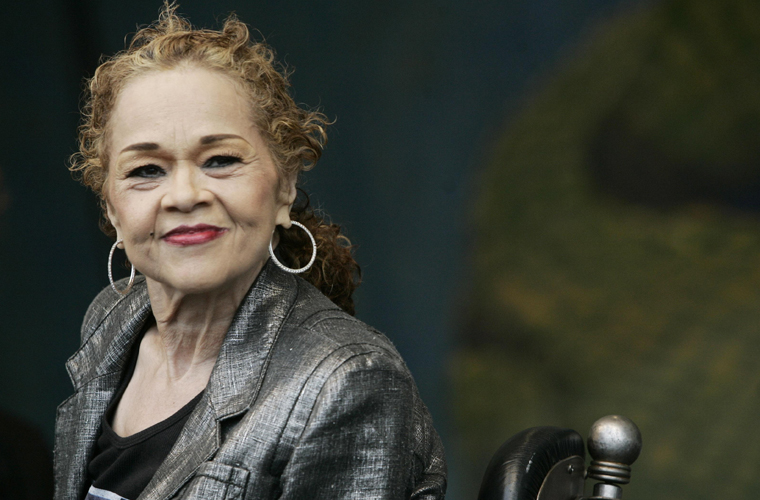 James was reared by foster parents until her mother (who was 14 when James was born) took her 12-year-old daughter to San Francisco. There James formed a girl doo-wop trio called the Creolettes, who were renamed the Peaches after bandleader Johnny Otis discovered them when James was 14. The group’s song “Roll with Me Henry” (co-written by James and set to the music of Hank Ballard and the Midnighters’ suggestive hit “Work with Me, Annie”) was an instant success in 1954, but it was retitled “The Wallflower” because of its perceived sexual connotation; the lyrics and title were changed to “Dance with Me, Henry” for singer Georgia Gibbs’s 1955 rendition, which reached number one on the charts. After signing (1960) with Chess Records, James became its first major female star, with such songs as “All I Could Do Was Cry,” “Trust in Me,” “At Last,” and “Something’s Got a Hold on Me.” In 1967 she hit the charts again with the searing soul song “Tell Mama.” James left Chess in 1976 and began recording for other labels and touring. She was the opening act for the Rolling Stones in the late 1970s and early ’80s.

An addiction to heroin, which began in the 1960s, contributed to James’s up-and-down career, and even as she kicked that habit in the 1970s, she turned to cocaine. After a seven-year silence, in 1988 she recorded the album Seven Year Itch; she followed that with Stickin’ to My Guns (1990), 12 Songs of Christmas (1998), Let’s Roll (2003), and her last, The Dreamer (2011). Over the years James’s voice changed—growing rougher and deeper and losing its little-girl quality—and she became one of the first women to sing in the style that became soul. She continued to perform into the early 21st century.

James’s artistry was recognized with four Grammy Awards, including one in 2003 for lifetime achievement, as well as induction into the Rock and Roll Hall of Fame (1993), the Blues Hall of Fame (2001), and the Grammy Hall of Fame (1999 and 2008). Her autobiography, Rage to Survive (co-written with David Ritz), was published in 1995.