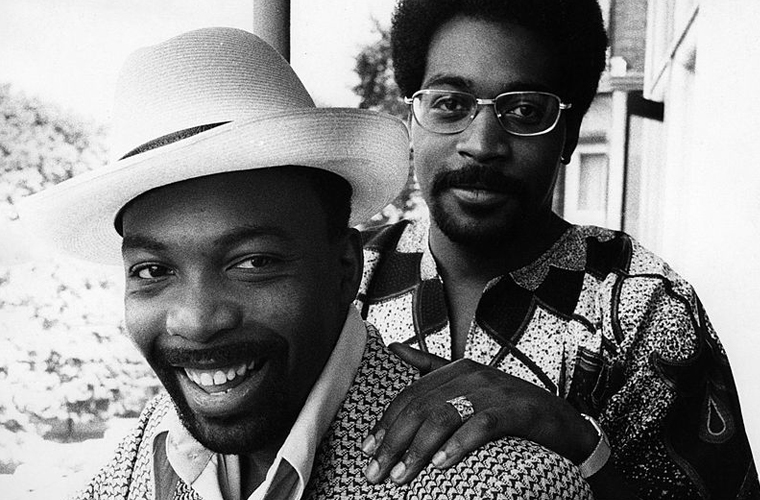 The Sound of Philadelphia in the 1970s was the bridge between Memphis soul and international disco and between Detroit pop and Hi-NRG (high energy; the ultrafast dance music popular primarily in gay clubs in the 1980s). African-American-run Philadelphia International Records was the vital label of the era; its sound was a timely mix of swishing high-hat cymbals and social awareness, of growling soul vocals and sweeping strings. The founding fathers were Philadelphian Kenny Gamble and New Jersey-born Leon Huff, writer-producers who had made their way through the collapsing Philadelphia music industry of the 1960s. They were reinforced by singer-turned-writer Linda Creed and writer-arranger Thom Bell, who had helped create the sound of the Delfonics at the city’s other main label, Philly Groove. Together they created a new kind of pop-soul, which can appear clichéd when dissected but was immensely popular on the dance floor. Based on the rhythmic talents of the Sigma Studios session men, who had a hit of their own as MFSB, Philadelphia International music featured unusual instrumentation—French horns, for example—and adult sensibilities delivered by adult vocalists.

“Me and Mrs. Jones” (1972), a tale of implied infidelity, launched nightclub balladeer Billy Paul. After nearly 20 years in the business, Harold Melvin and the Bluenotes became stars, and lead vocalist Teddy Pendergrass became an archetypal 1970s sex symbol. The O’Jays, also veterans with a 10-year recording history behind them, reached the Top Ten with “Back Stabbers” (1972) and “Love Train” (1973), both social commentaries in a successfully naive vein. Where Gamble and Huff led, disco followed—the Ritchie Family’s “Best Disco in Town” (1976) was recorded at Sigma, as was the Village People’s “YMCA” (1978). Philadelphia’s final big hit, the anthemic “Ain’t No Stoppin’ Us Now” (1979) by (Gene) McFadden and (John) Whitehead, came as dance music underwent one of its episodic black-white schisms. A couple of years later, Daryl Hall and John Oates—the favorite white sons of Philadelphia soul—grafted their traditional rhythm-and-blues voicings onto the new black rhythms of hip-hop.