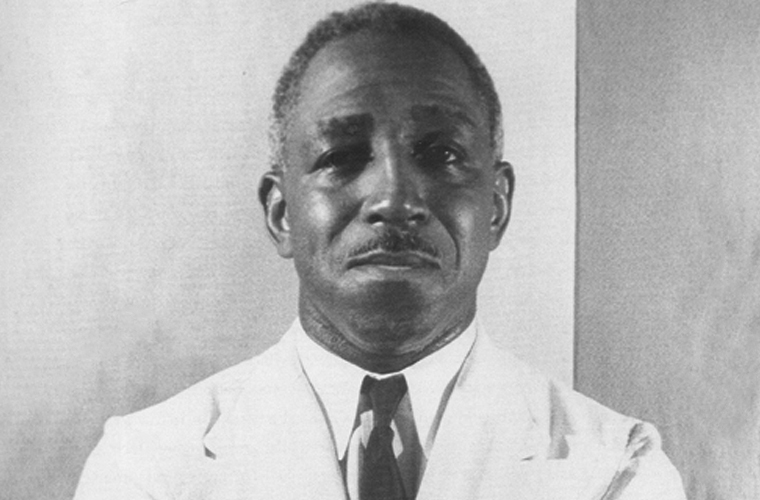 George Samuel Schuyler, a conservative columnist, was born in Providence, Rhode Island on February 25, 1895, to George Francis and Eliza Jane Schuyler. Upon his father’s death in 1898, George and his mother moved to Syracuse, New York. In 1912, at age 17, George enlisted in the Army, serving in the all-black 25th US Infantry.  Eventually, he achieved the rank of Lieutenant. Despite his status as an officer, Schuyler went AWOL in 1918 in response to the systemic racism he experienced in the Army.  He was captured in Chicago, Illinois and imprisoned for nine months for desertion.

Following his release, Schuyler worked odd jobs in New York, joining the Socialist Party of America and the anti-Marcus Garvey organization, Friends of Negro Freedom.  During this time he submitted articles and editorials to the newly created, socialist-oriented Messenger magazine. He eventually wrote a regular column for The Messenger, entitled “Shafts and Darts: A Page of Calumny and Satire.”  By 1924 he was also writing a weekly column for The Pittsburgh Courier, one of the two largest black newspapers in the United States at the time.

Schuyler’s columns attracted the attention of social critic and editor of American Mercury H.L. Mencken. Their close working relationship and comparable political views led to Schuyler’s being labeled as “The Black Mencken.” Schuyler’s prominence as a social critic increased when he was named the chief editorial writer for The Pittsburgh Courier in 1926, the same year he published arguably his most famous editorial entitled “The Negro-Art Hokum,” a scathing criticism of the then-burgeoning cultural movement known as the Harlem Renaissance.

Throughout the 1920s and early 1930s, Schuyler continued to provide a more conservative and critical view of the Harlem Renaissance. Nonetheless, he remained a member of prominent civil rights organizations including the National Association for the Advancement of Colored People.  In 1937, he was named the business manager for the NAACP and remained in that post until 1944.

In the early 1950s during the investigations led by Senator Joseph McCarthy, Schuyler’s political views shifted from moderate to extreme conservatism. By the 1960s Schuyler criticized and condemned social activists such as W.E.B. DuBois, Malcolm X, and even Martin Luther King, Jr. in journals such as the arch-conservative John Birch Society’s American Opinion.

Schuyler’s conservative opinions eventually cost him his job at The Pittsburgh Courier, as many readers threatened to cancel their subscriptions in protest to his columns.  Schuyler published his autobiography, Black and Conservative, in 1966 but he never again attained the popularity he had in the 1920s or 1930s.  George Schuyler died in Pittsburgh, Pennsylvania in 1977 at the age of 82.