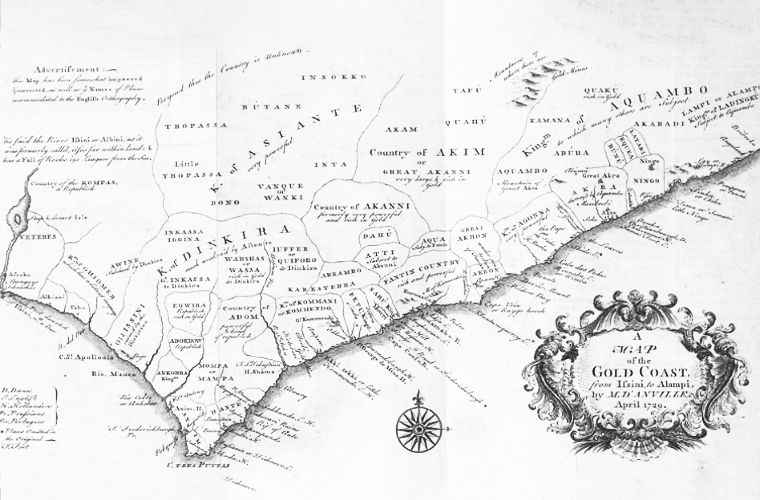 Gold Coast is a former British colony in West Africa known today as the Republic of Ghana. In the transatlantic slave trade era, Europeans identified the region as the Gold Coast because of the large supplies of and the market for gold that existed there.

Portuguese traders built the fort of Elmina in 1482 within ten years of their arrival on the coast. Many other Europeans followed with forts and markets of their own, including Danish, Dutch, Swedes, and English. Eventually, the British rose to dominance and established the Gold Coast colony in the mid-nineteenth century. In 1957, the Republic of Ghana became the first of Britain’s African colonies to gain independence.

European commerce in the region began with a focus on gold, which explorers found to be abundant there. As was the case in many other African regions, Europeans soon began to demand African captives in the trade to the coast. As the kingdoms of the region—especially the Ashanti (or Asante)—began to expand and consolidate their power, a significant part of the regional commerce turned to supply slaves instead of gold.