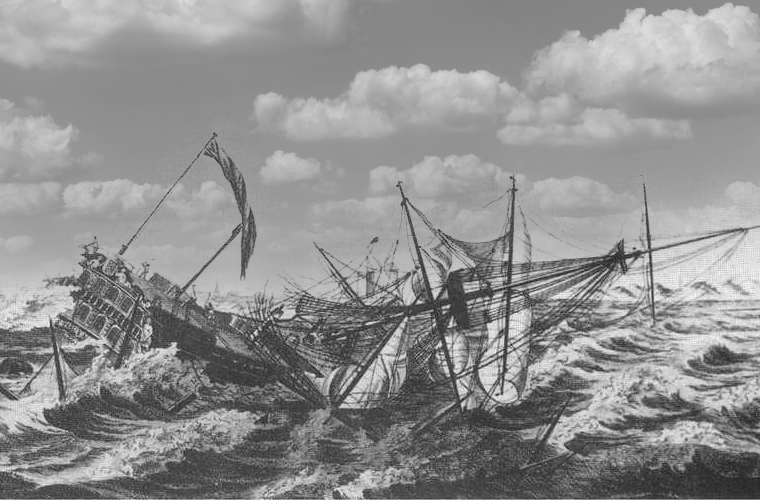 The history of this slave ship has gone almost entirely unnoticed until now. This is remarkable given that its final voyage ended in the single largest human tragedy in Dutch maritime history and in the history of the trans-Atlantic slave trade. The Leusden departed from Elmina, located in modern-day Ghana on the 19th of November 1737. Onboard were 700 African captives, destined to be sold as slaves in Suriname. On 1 January 1738, the Leusden foundered at the mouth of the Marowijne River in Suriname. At the time of the disaster, there were still 680 captives on board. A mere 16 of them survived. The way in which the crew sent the remaining 664 African prisoners to their deaths is unimaginable, even when taking into consideration the inherent cruelty of the slave trade.

Part I deals with subjects that are important with regard to comprehending the trans-Atlantic slave trade and relative to this the role played by the Netherlands. In part II, I tackle the history of the Leusden, from its being built in 1719 until the disastrous sinking in 1738. In describing the ten voyages, nearly all possible scenarios that could take place on slave ships feature; uprisings, disease, conflicts involving ships of other nations, and ultimately, murder. In the commentary, I will demonstrate how the naval disaster of the Leusden led to an eminently unique crime in the history of the international slave trade.

A final comment regarding my use of the term ‘captives’ instead of ‘slaves’ or ‘enslaved’. Albeit that African trader sold these people to European traders, who in turn would sell them on to slave owners in America, there is no reason to label them slaves during their passage on the ships. The slave ship was the temporary dwelling place for the captives for the purposes of forced transport to a situation of total submission in a slave colony. My preference for designating them as captives corresponds with the aim of describing as clearly as possible, the position and circumstances in which they found themselves once on board a slave ship. Clearly, whilst on a slave ship we cannot yet speak in terms of a master and slave relationship. That particular rapport only came into being once the captive had been sold in America and became a slave owner’s possession.