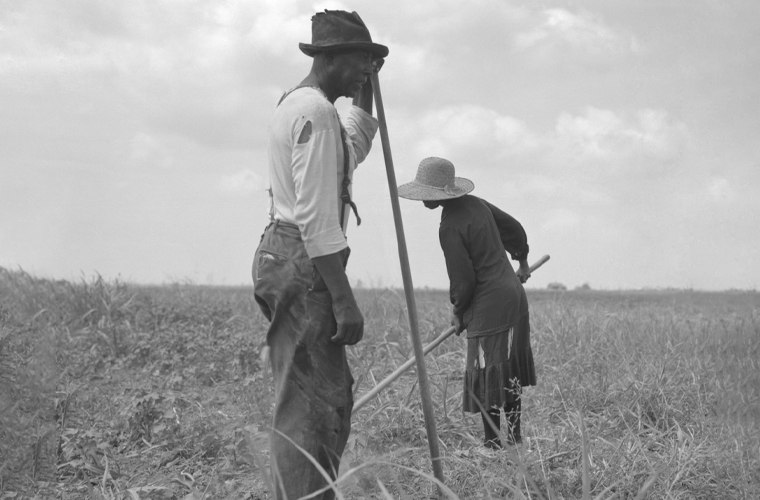 A combination of obscure legal mechanisms and racist institutions enabled—and continues to enable—developers to weasel it away.

Emancipated slaves never received their promised 40 acres and a mule after the Civil War. For this, and a mountain of other reasons, calls for reparations have grown to the point that presidential candidates have made it a talking point.

It has taken 150 years for the reparations conversation to be given the seriousness it has always been due. Yet often overlooked in the discussion is that African-Americans, realizing the 40 acres was not forthcoming, worked to buy their own land after the war—land that served not only as a source of income, but as a bedrock of physical safety and familial stability over generations. That land has since been, in many cases, weaseled away from their heirs through dubious legal manoeuvres. And the weaseling continues today.

By the turn of the 20th century, former slaves and their descendants had amassed 14 million acres of land. Black agriculture was a powerhouse; per capita there were more black farmers than white farmers. But by the turn of the 21st century, 90 percent of that land was lost. Some of that can be chalked up to the Great Migration, when southern blacks fled to northern cities to escape the racist violence and systemic oppression of the South. Less known is the story of those who stayed in rural areas and their efforts to hold on to their land within a legal system that seemed designed to shift it — and the generational wealth it represented — to white ownership.

The legal avenues for finagling land from black farmers vary by state and the circumstances surrounding the property and its ownership. Here’s a sampling of how it works.

Heirs Property
Whether due to distrust of the legal system or lack of access to legal resources, freed slaves and their descendants often lacked a will transferring ownership of their property when they died. This means the property became “heirs property”—ownership is split equally among all known descendants; over time, the property is further split among the descendants of the descendants, creating over the course of generations a quagmire of ownership among hundreds, even thousands, of heirs. To use heirs property as collateral on a mortgage, to subdivide it, to develop it—and any number of other things of a legally binding nature—is difficult without first identifying and tracking down every heir, and gaining consent from each one.

Partition Sales
The descendants of slaves are by no means the only people dealing with the intractable issues associated with heirs property, but they deal with it in disproportionate numbers, at least in southern states (an estimated 40 percent of black-owned land is heirs property). For many Americans, property ownership is an unequivocal key to building and maintaining wealth across generations. But compared to property owners in possession of a clear title, heir’s property owners face tremendous practical and financial barriers to deriving wealth from their land. Oddly, one of the few things heir’s owners can do without the consent of all the other owners is to sell their portion of the property. The problem is that if just one owner sells, real estate laws in many places provide the new non-hereditary owner with a variety of means to obtain the entire property, often at below market rates—a process commonly referred to as a partition sale.

Torrens Acts
Historically, many states had what’s called a Torrens Act, which were originally intended to simplify title registry. But in a strange legal idiosyncrasy, these laws also serve as loopholes that allow third parties to force families off their land through partition sales. This is because when one owner/family member sells, Torrens rules help to shield them from recourse by other owners/family members, who in some instances may not even be notified of the sale until they are served an eviction notice.

Tax Sales
In high-demand areas where land value has skyrocketed (much black-owned heirs property lies in tourist areas along the coasts of North and South Carolina), property taxes go up accordingly. But if your goal is to stay on your land, rather than flip it, and you’re on a fixed income, chances are you at some point you’ll be unable to afford your annual property taxes. The county then has the right to put the property on the auction block—a common way for developers to access land from families who don’t want to sell.

Progress?
Some states have repealed Torrens legislation, but it is still a common means of dispossession within southern US. There is also a movement afoot to reform regulations governing partition sales, with a law called the Uniform Partition of Heirs Property Act, which according to ProPublica has now been adopted in 14 states (though not yet in many southern states). Another small sign of progress is a measure in last years Farm Bill that allows owners of heirs property to apply for various USDA programs, such as loans and crop insurance, for the first time.

African tradition and the dead