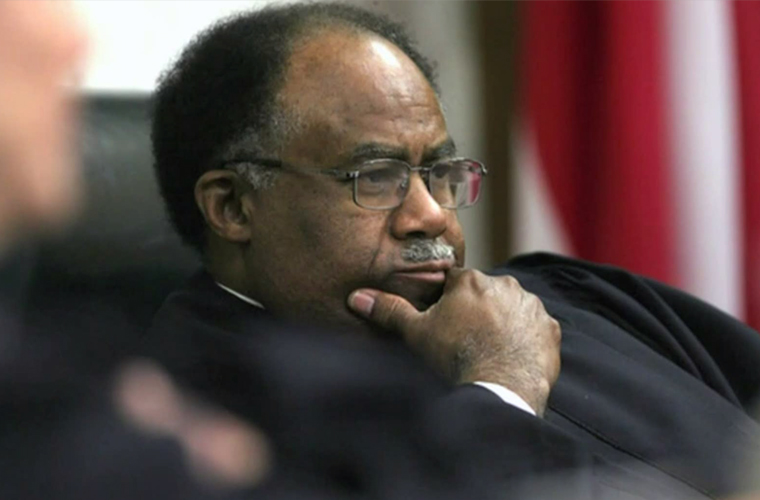 Benham, the great-grandson of enslaved African Americans, was born in Cartersville on September 25, 1946, to Jesse Knox and Clarence Benham. In 1963 he graduated from Summer Hill High School and attended Tuskegee University in Tuskegee, Alabama, where he earned a degree in political science. He also attended Harvard University in Cambridge, Massachusetts, and graduated in 1970 from the University of Georgia School of Law.

After leaving law school Benham became a captain in the U.S. Army Reserve. He came to the bar in 1970 and practiced law in Bartow County. In 1984 he was appointed to the Georgia State Court of Appeals, becoming the first Black judge to sit on that court. Benham achieved another first by becoming the first African American since Reconstruction to win a statewide court of appeals election. He continued to serve on the court of appeals for five years. In 1989 Governor Joe Frank Harris appointed Benham to the Supreme Court, the highest court in the state; he was elected to the court the following year. That same year he received the LL.M. (master of laws) degree from the University of Virginia.

In his 1999 address to the Georgia General Assembly, Benham stressed the need to fight for freedom and described Georgia’s judges as warriors who “put on the armor of law. . .to slay the dragon of injustice so that freedom is preserved for all our citizens.” In a lecture for Emory University’s Distinguished Speakers Series in 2003, he encouraged both law students and professors to be “freedom fighters,” to be ethical and moral and to “fight for what’s right,” expressing his firm belief in public service as the way to safeguard civil liberties.

Benham’s memberships in state and local organizations reflect his conviction that lawyers and judges should be involved in their communities. Benham has served as special assistant attorney general in Cartersville and has been president of the Bartow County Bar Association for two terms. He has chaired the Governor’s Commission on Drug Awareness and Prevention and is a member of the Commission on Children and Youth, the National Association of Court Management, the Conference of Chief Justices, the Federal-State Jurisdiction Committee, and the Georgia Bar Association’s Task Force on the Involvement of Women and Minorities in the Profession. Benham is also president of the Society for Alternative Dispute Resolution and chair of the Judicial Council and the Chief Justice’s Commission on Professionalism, through which he created, in 1996, a task force to increase the number of lawyers and judges involved in community service. He is a regional vice president of the Georgia Historical Society’s Board of Curators and a member of the Board of Governors for the Southern Institute for Business and Professional Ethics.

Benham is married to Nell Dodson of Cartersville; they have two sons, Corey Brevard and Austin Tyler.