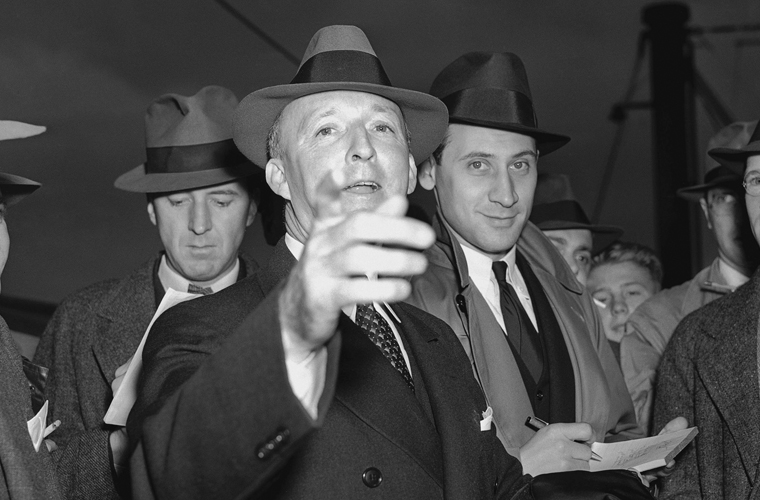 Hugo Black had been associate justice of the Supreme Court for less than a month when the news broke. In September of 1937, an exposé by the Pittsburgh Post-Gazette found proof of Black’s membership in the Ku Klux Klan. He had joined in September of 1923, and resigned in July, 1925, as one of his first moves before running for one of Alabama’s U.S. Senate seat. Ironically, the smoking gun was Black’s resignation letter, written in legible longhand on Klan stationery, which appeared on the paper’s front page.

Franklin Roosevelt, who nominated Hugo Black, was implicated in the scandal, which threatened to have far-reaching consequences for the president’s New Deal image. What was once seen as shrewd politics — the New Deal-friendly textualist was confirmed with a 63–16 vote — had become a disgrace. “Millions of Americans,” wrote one Indiana newspaper, “will not forget this sole tangible accomplishment of President Roosevelt’s attempted ‘liberalization’ of the Supreme Court.”

When asked by the press to remark on the scandal, Roosevelt brushed questions aside, saying, “I only know what I have read in the newspapers. I know that the stories are appearing serially and their publication is not complete. Mr. Justice Black is in Europe where, undoubtedly, he cannot get the full text of these articles. Until such time as he returns, there is no further comment to be made.”

Hugo Black had began practicing law in Birmingham, Alabama, in 1907, with occasional interruptions to serve as a police judge, a county prosecutor, and a captain during World War I. Corresponding to Black’s maturing career was the establishment of the Second Klan, which entered its Birth of a Nation–inspired phase in 1915. In only a few years, the Klan acquired significant power and influence in the city of Birmingham. And on September 11, 1923, Hugo Black joined the organization.

Black would leave the hate group in 1925, the year before his Senate run (which culminated in a victory, with over 80 percent of the vote in his favor). In joining the Klan at the time, Black was swept up in what FDR adviser Raymond Moley called “that dark political hour in the twenties when fiery crosses flared on thousands of hillsides,” placing him in the company of several other American leaders, including Senator Robert Byrd, Governor Edward L. Jackson, and fellow Alabaman Governor Bibb Graves, who put his wife Dixie in Black’s vacant senate seat upon his ascension to the Supreme Court.

Even before the exposé was published, rumors of Black’s ties to the Klan were well enough known that his association became a significant topic of his confirmation hearings. It seemed unlikely that Black would have won his Senate seat without the help and support of the Birmingham Klan, but his colleagues in the Senate made it clear that if Black had ever been a member, his Supreme Court nomination would be doomed. Black maintained a deliberate and misleading silence, and was confirmed, after six hours of debate, on August 17, 1937.

The confirmation process was unusually rocky for a sitting senator — since 1853, the Senate abided by a tradition of seamless approval for fellow members appointed to executive or judicial positions — and Black celebrated his success with a European holiday. The bliss was interrupted on September 13, when Pittsburgh journalist Ray Sprigle exposed Black’s KKK past in a reporting series that would win him a Pulitzer. Sprigle had proof, in addition to Black’s 1925 resignation letter, that Black had attended a “klorero,” a Klan state meeting, following his primary victory in 1926, where he was given a “grand passport” that declared the organization’s “sacred and unfailing bond.” An existing transcript from that meeting revealed that Black spoke to acknowledge the Klan’s integral support, and that he left unchallenged its attendees many racist declarations.

In a damage-control effort, Black delivered an 11-minute radio address on October 1, 1937, which decried racial and religious intolerance and praised the liberal politics of the New Deal. The broadcast was considered an extraordinary measure, as justices by tradition steered clear of addressing public controversies or scandals. In a rare measure, the address was carried by the country’s three major radio systems, to an audience of around 50 million people, a reach that even President Roosevelt acquired only occasionally.

Black did not deny involvement, nor did he equivocate. “I did join the Klan,” he admitted. “I later resigned. I never rejoined.” Of the grand passport that suggested extended if not lifelong affiliation, he said, “I never used it. I did not even keep it … Before becoming a senator I dropped the Klan. I have had nothing whatever to do with it since that time. I abandoned it. I completely discontinued any association with the organization. I have never resumed it and never expect to do so.” Regarding allegations of prejudice, he attempted to clear the air by saying that “Some of my best and most intimate friends are Catholics,” and added that the officiator of his will was Jewish.

Byand large, the response by the press was negative. The least severe opinions reflected the hope that a besmirched Black would be able to nonetheless move forward and approve Roosevelt’s urgent economic reforms. But the prevailing mood was that of disgust, disappointment, and skepticism. A columnist in the St. Louis Post-Dispatch wrote, “Black stands, by his own testimony, convicted of unfitness to be a member of the Supreme Court.” A writer at the Kansas City Star declared his appointment “a tragic offense against the American people,” with another calling the speech “humiliating talk,” while a journalist at a paper in Richmond, Virginia, observed that for all of Black’s apologies, “The specter of a white hood amid the black gowns of the court will not down.”

But the outrage did not lead to resignation or impeachment, and Black continued to serve on the Supreme Court for 34 years, proving one of its most influential justices. His voting record defies characterization as liberal or conservative. As a textualist, his rulings favored First Amendment freedoms and opposed segregation—he voted with the unanimous majority in Brown v. Board of Education—yet at the same time, he insisted the Constitution did not assert a right to privacy, allowing the state to legislate against birth control or tap civilian phones. But despite the Brown ruling, Black’s record on race was spotty at best. He wrote the majority opinion upholding Japanese internment and believed the law ought to be able to punish protesters at civil rights sit-ins.