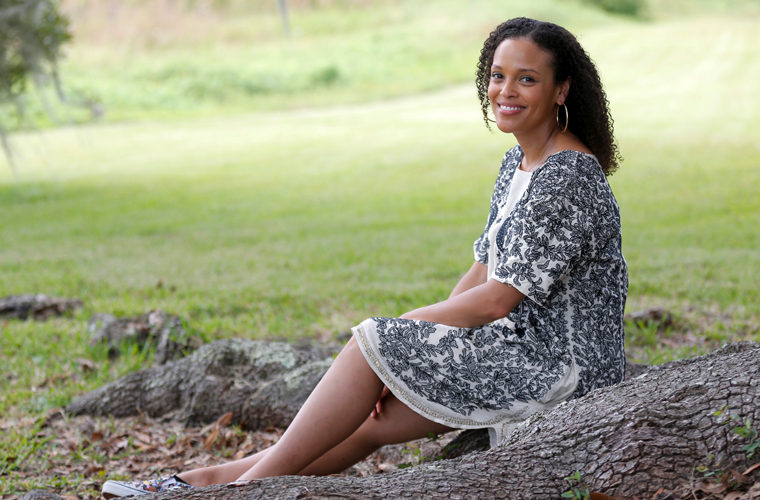 Jesmyn Ward was born in 1977 in DeLisle, Mississippi. Her mother’s employer paid for her to attend a private school after she was bullied by black students at a public school. She earned a BA at Stanford University in 1999 and a Master’s degree in 2000. Ward earned an MFA in Creative Writing from the University of Michigan in 2005.

Her first book Where the Line Bleeds was written to remember her younger brother, who was killed by a drunk driver. She was the winner of the 2011 National Book Award for Fiction and the 2012 Alex Award for her second novel Salvage the Bones.

She is the recipient of Tulane’s Paul and Debra Gibbons Professorship and also works closely with the New Orleans Center for the Gulf South and the Newcomb College Institute.

In 2017, she was awarded a MacArthur Foundation Genius grant. Ward’s novel, Sing, Unburied, Sing, was awarded a National Book Award for fiction in November of 2017.