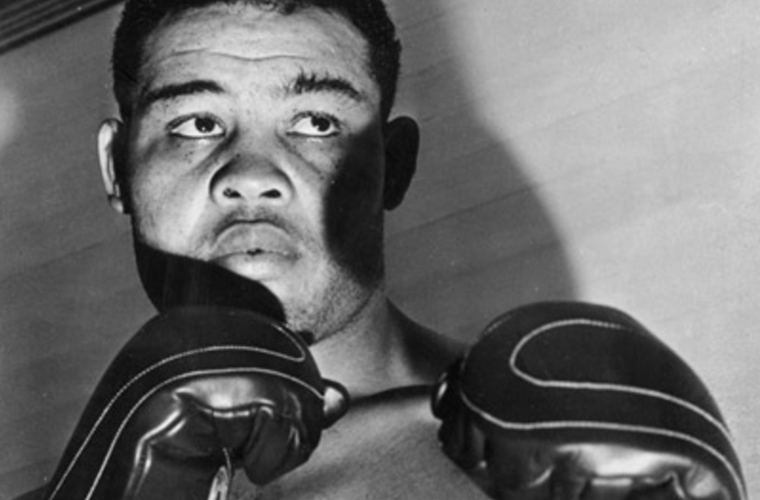 Joe Louis, byname of Joseph Louis Barrow, also called the Brown Bomber, (born May 13, 1914, Lafayette, Alabama, U.S.—died April 12, 1981, Las Vegas, Nevada), American boxer who was a world heavyweight champion from June 22, 1937, when he knocked out James J. Braddock in eight rounds in Chicago, until March 1, 1949, when he briefly retired. During his reign, the longest in the history of any weight division, he successfully defended his title 25 times, more than any other champion in any division, scoring 21 knockouts (his service in the U.S. Army from 1942 to 1945 no doubt prevented him from defending his title many more times). He was known as an extremely accurate and economical knockout puncher.

Louis’s father, a sharecropper, was committed to a state mental hospital when Louis was about two years old. After his mother remarried, the family, which included eight children, moved to Detroit, Michigan, where Louis took up amateur boxing. He won the U.S. Amateur Athletic Union 175-pound championship in 1934 and also was a Golden Gloves titleholder; of 54 amateur fights, Louis won 50 and lost 4. His first professional fight took place on July 4, 1934, and within 12 months he had knocked out Primo Carnera, the first of six previous or subsequent heavyweight champions who would become his victims; the others were Max Baer, Jack Sharkey, Braddock, the German champion Max Schmeling, and Jersey Joe Walcott. Louis sustained his first professional loss in 1936 at the hands of Schmeling. In 1938, after having beaten Braddock and taken the title, Louis met Schmeling in a rematch that the American media portrayed as a battle between Nazism and democracy (though Schmeling himself was not a Nazi). Louis’s dramatic knockout victory in the first round made him a national hero. He was perhaps the first black American to be widely admired by whites, a fact attributable not only to his extraordinary pugilistic skills but also to his sportsmanlike behavior in the ring (he did not gloat over his white opponents), his perceived humility and soft-spoken demeanor, and his discretion in his private life.

Louis was at his peak in the period 1939–42. From December 1940 through June 1941 he defended the championship seven times. After enlisting in the U.S. Army in 1942, he served in a segregated unit with Jackie Robinson, who later became the first African American to play major league baseball. Louis did not see combat but fought in 96 exhibition matches before some two million troops; he also donated more than $100,000 to Army and Navy relief funds. After the war, he was less active, and in 1949 he retired as the undefeated champion long enough to allow Ezzard Charles to earn recognition as his successor.

Although Louis earned nearly $5 million as a fighter, he spent or gave away nearly all of it. When the Internal Revenue Service demanded more than $1 million in back taxes and penalties, he was forced to return to the ring to pay off his debts. He fought Charles for the championship on September 27, 1950, but lost a 15-round decision. In his last fight of consequence, against future champion Rocky Marciano on October 26, 1951, he was knocked out in eight rounds. From 1934 to 1951, Louis had 71 bouts, winning 68, 54 by knockouts. A Hollywood movie about his life, The Joe Louis Story, was made in 1953.

After his second retirement, Louis continued to be plagued by money problems, and he was briefly forced to work as a professional wrestler. Later he became a greeter for Caesar’s Palace, a resort and casino in Las Vegas, Nevada. Upon his death in 1981 he was buried in Arlington National Cemetery; one of the pallbearers at his funeral was Schmeling. Louis remained a Detroit icon after his death: the Joe Louis Arena was home to the Detroit Red Wings of the National Hockey League from 1979 to 2017, and a well-known public monument to Louis (a 24-foot [7.3-meter] arm with a clenched fist suspended in pyramidal frame) was erected in downtown Detroit in 1986. Louis was inducted into the Ring Magazine Boxing Hall of Fame in 1954 and the International Boxing Hall of Fame in 1990. He was posthumously awarded the Congressional Gold Medal in 1982.