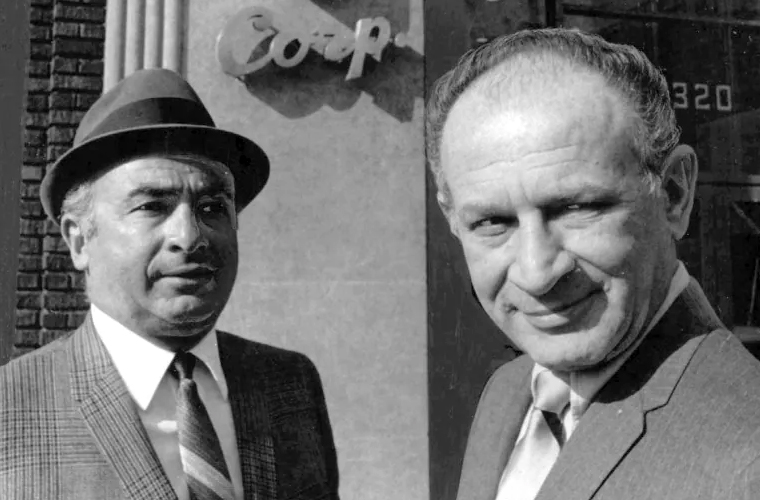 In 1950s Chicago, two Polish Jewish brothers founded the hugely influential Chess Records label. Working with artists like Chuck Berry and Howlin’ Wolf, they released some of the most important blues and rock-and-roll tracks were ever written, transforming popular music worldwide for good.

Lejzor and Fiszel came to this world in the village of Motule, Poland in the early 20th century. In 1928, when they were just seven and 11 years old, these Polish-Jewish brothers, with the surname of Czyż (pronounced: CHY-zh), emigrated to America with their mother. Like so many other Poles, they eventually found themselves in Chicago, where they joined their father, who had moved there earlier.

In the Windy City, the siblings started out working at their old man’s junkyard. Determined to move up in society, they decided to change their line of work and opened a liquor store in a predominantly African American neighborhood on Chicago’s South Side. With the money they made from the shop, they were able to purchase a nearby club called the Macomba Lounge in 1946. The live-music joint, frequented by ‘hip cats’, eventually led them to make records.

At the time, black musicians weren’t very much favored, to say the least, by major American record companies. Their talent, however, was undeniable, and the brothers – who had changed their names to Leonard and Phil Chess – wanted a piece of the pie. This led them to get involved with the Aristocrat Records label. Leonard initially intended to record jazzy music, the kind that was popular back at their club, but that didn’t prove profitable.

But in 1948, he decided to take a chance and released I Can’t Be Satisfied, a raw Southern blues song he didn’t really understand artistically. The track by the future blues legend Muddy Waters became an instant hit with African Americans who had moved to Chicago from the South in search of employment – the first pressing virtually sold out in two days. Needless to say, the Chess Brothers were impressed. By 1950, they were well into the music business, having had taken over Aristocrat and renamed it Chess Records.

It’s safe to say that the Chess Brothers’ label changed the history of music. Working with artists like Chuck Berry and Howlin’ Wolf, they released some of the most influential blues and rock-and-roll tracks were ever written.

Ike Turner was part of Jackie Brenston and his Delta Cats, the band whose Rocket 88 was put out by Chess in 1951 and is widely considered the first rock-and-roll tune ever recorded. The immortal blues track I’m Your Hoochie Coochie Man, written by bass player Willie Dixon, was recorded by Muddy Waters for the label in 1954. The Rolling Stones got their name from a stunning Muddy Waters blues tune called Rollin’ Stone – which was, of course, a Chess release as well.

The year 1955 saw the release of Maybellene, a classic song by Chuck Berry, of whom John Lennon famously said ‘If you tried to give rock and roll another name, you could call it “Chuck Berry”’. A year later, Howlin’ Wolf’s haunting Smokestack Lightning appeared, which was featured on the soundtrack for Martin Scorcese’s film The Wolf of Wall Street. The 1960s was the era of Etta James, the now-legendary singer who graced Chess with songs like I Just Want to Make Love to You and At Last.

What started out as a business venture turned out to be a milestone for American vernacular music. The brothers from Poland not only profited from sharing music by African American artists, but they introduced it to the ears of broader audiences. They played a key role in the conquest of the world by blues and rock and roll, effectively refashioning international music forever.