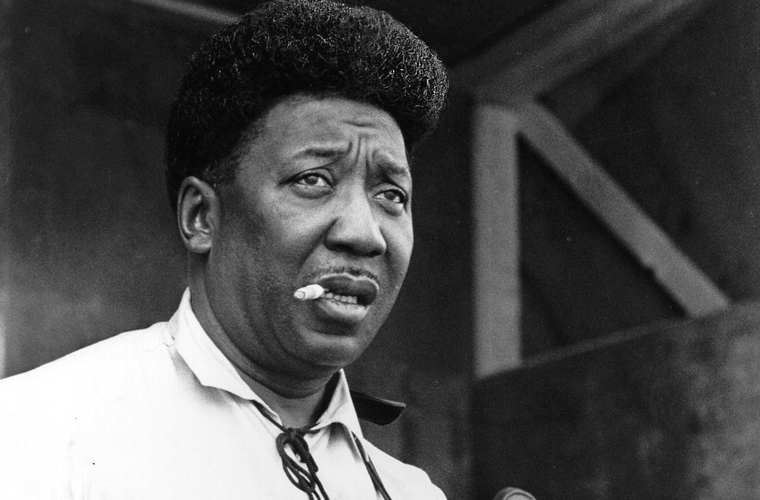 Waters, whose nickname came from his proclivity for playing in a creek as a boy, grew up in the cotton country of the Mississippi Delta, where he was raised principally by his grandmother on the Stovall plantation near Clarksdale, Mississippi. He taught himself to play harmonica as a child and took up the guitar at age 17. He eagerly absorbed the classic Delta blues styles of Robert Johnson, Son House, and others while developing a style of his own. As a young man, he drove a tractor on the sharecropped plantation, and on weekends he operated the cabin in which he lived as a “juke house,” where visitors could party and imbibe moonshine whiskey made by Waters. He performed both on his own and in a band, occasionally earning a little money playing at house parties. He was first recorded in 1941, for the U.S. Library of Congress by archivist Alan Lomax, who had come to Mississippi in search of Johnson (who had already died by that time).

In 1943 Waters—like millions of other African Americans in the South who moved to cities in the North and West during the Great Migration from 1916 to 1970—relocated to Chicago. There he began playing clubs and bars on the city’s South and West sides while earning a living working in a paper mill and later driving a truck. In 1944 he bought his first electric guitar, which cut more easily through the noise of crowded bars. He soon broke with country blues by playing electric guitar in a shimmering slide style. In 1946 pianist Sunnyland Slim, another Delta native helped Waters land a contract with Aristocrat Records, for which he made several unremarkable recordings. By 1948 Aristocrat had become Chess Records (taking its name from Leonard and Phil Chess, the Polish immigrant brothers who owned and operated it), and Waters was recording a string of hits for it that began with “I Feel Like Going Home” and “I Can’t Be Satisfied.” His early, aggressive, electrically amplified band—including pianist Otis Spann, guitarist Jimmy Rogers, and harmonica virtuoso Little Walter—created closely integrated support for his passionate singing, which featured dramatic shouts, swoops, and falsetto moans. His repertoire, much of which he composed, included lyrics that were mournful (“Blow Wind Blow,” “Trouble No More”), boastful (“Got My Mojo Working,” “I’m Your Hoochie Coochie Man”), and frankly sensual (the unusual 15-bar blues “Rock Me”). In the process Waters became the foremost exponent of modern Chicago blues.

Tours of clubs in the South and Midwest in the 1940s and ’50s gave way after 1958 to concert tours of the United States and Europe, including frequent dates at jazz, folk, and blues festivals. Over the years, some of Chicago’s premier blues musicians did stints in Waters’s band, including harmonica players James Cotton and Junior Wells, as well as guitarist Buddy Guy. Toward the end of his career, Waters concentrated on singing and playing guitar only occasionally. A major influence on a variety of rock musicians—most notably the Rolling Stones (who took their name from his song “Rollin’ Stone” and made a pilgrimage to Chess to record)—Waters was inducted into the Rock and Roll Hall of Fame in 1987.