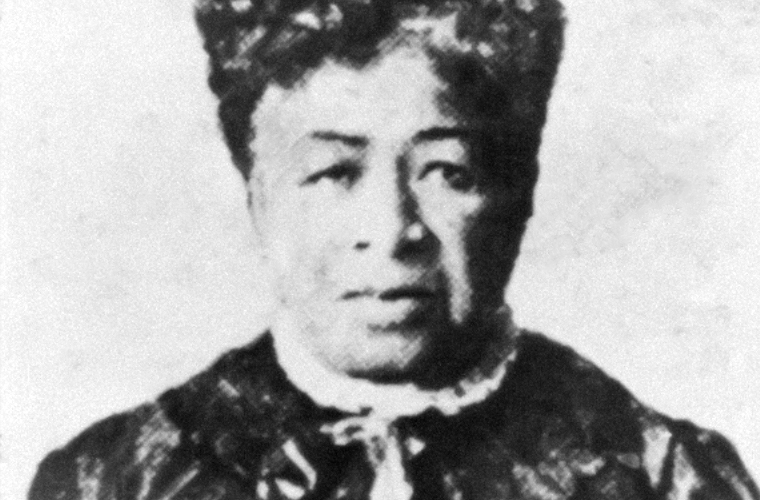 Educator and abolitionist Lucy Stanton Day Sessions is believed to be the first African American woman to graduate from college, completing a Ladies Literary Course from Oberlin College in 1850. For over a century the Ohio college has recognized its early Literary Course program as equivalent to a degree program even though it did not award graduates with a bachelor’s degree. In 1862 Oberlin College formally awarded the first bachelor’s degree to an African American woman when Mary Jane Patterson graduated with a B.A.

Lucy Stanton was born as a freed inhabitant of Cleveland, Ohio on October 16, 1831. Her father, Samuel, was a free-born black barber who died before Lucy was two years old. Her mother, Margaret, later remarried John Brown, a wealthy black businessman, and abolitionist who was active in the Underground Railroad. The family often harbored runaway slaves in their home. At the time, blacks were not allowed to attend public schools in Cleveland, so Brown organized the city’s first school for African Americans.

In 1846, Stanton enrolled in Oberlin Collegiate Institute (now Oberlin College), a progressive abolitionist institution. In 1849 she was elected president of the school’s Ladies Literary Society, and her commencement speech was a moving appeal for antislavery.

Upon graduation in 1850, she moved to Columbus, Ohio to become principal of a school but two years later returned to Cleveland when she married Oberlin classmate William Howard Day, a librarian who edited an abolitionist newspaper, the Alienated American. In 1854, she became the first African American to have a fictional story published when she wrote a short story on slavery for her husband’s newspaper.

Two years later, the couple moved to Buxton, Canada to teach fugitive slaves and in 1858 had a daughter, Florence. However, the following year William Day left on business for England, abandoning his family and requesting a divorce. Lucy returned to Cleveland, finding work as a seamstress to support her daughter but remained active as an abolitionist. In 1866 she was sponsored by the Cleveland Freedman’s Association to teach in Georgia and later Mississippi, where she met and married her second husband, Levi Sessions, in 1878.

The couple moved to Tennessee where Lucy Sessions continued her philanthropic work, including serving as president of the local Women’s Christian Temperance Union. She and her husband later moved to Los Angeles, California.  Lucy Stanton Day Sessions died in Los Angeles in 1910.