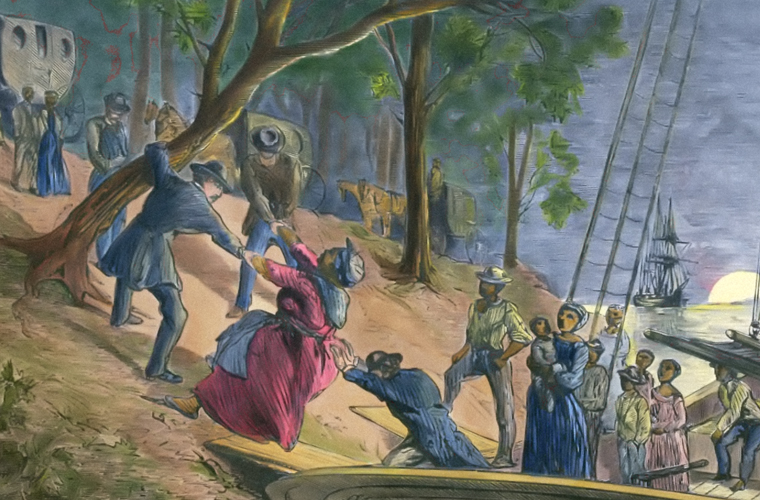 The Underground Railroad was a network of people, African American as well as white, offering shelter and aid to escaped enslaved people from the South. It developed as a convergence of several different clandestine efforts. The exact dates of its existence are not known, but it operated from the late 18th century to the Civil War, at which point its efforts continued to undermine the Confederacy in a less-secretive fashion.

Quaker Abolitionists
The Quakers are considered the first organized group to actively help escaped enslaved people. George Washington complained in 1786 that Quakers had attempted to “liberate” one of his enslaved workers. In the early 1800s, Quaker abolitionist Isaac T. Hopper set up a network in Philadelphia that helped enslaved people on the run. At the same time, Quakers in North Carolina established abolitionist groups that laid the groundwork for routes and shelters for escapees. The African Methodist Episcopal Church, established in 1816, was another proactive religious group helping fugitive enslaved people.

What Was the Underground Railroad?
The earliest mention of the Underground Railroad came in 1831 when enslaved man Tice Davids escaped from Kentucky into Ohio and his owner blamed an “underground railroad” for helping Davids to freedom. In 1839, a Washington newspaper reported an escaped enslaved man named Jim had revealed, under torture, his plan to go north following an “underground railroad to Boston.” Vigilance Committees—created to protect escaped enslaved people from bounty hunters in New York in 1835 and Philadelphia in 1838—soon expanded their activities to guide enslaved people on the run. By the 1840s, the term Underground Railroad was part of the American vernacular.

How the Underground Railroad Worked
Most of the enslaved people helped by the Underground Railroad escaped border states such as Kentucky, Virginia, and Maryland. In the deep South, the Fugitive Slave Act of 1793 made capturing escaped enslaved people a lucrative business, and there were fewer hiding places for them. Fugitive enslaved people were typically on their own until they got to certain points farther north. People known as “conductors” guided the fugitive enslaved people. Hiding places included private homes, churches, and schoolhouses. These were called “stations,” “safe houses,” and “depots.” The people operating them were called “stationmasters.” There were many well-used routes stretching west through Ohio to Indiana and Iowa. Others headed north through Pennsylvania and into New England or through Detroit on their way to Canada.

Fugitive Slave Acts
The reason many escapees headed for Canada was the Fugitive Slave Acts. The first act, passed in 1793, allowed local governments to apprehend and extradite escaped enslaved people from within the borders of free states back to their point of origin, and to punish anyone helping the fugitives. Some Northern states tried to combat this with Personal Liberty Laws, which were struck down by the Supreme Court in 1842.

The Fugitive Slave Act of 1850 was designed to strengthen the previous law, which was felt by southern states to be inadequately enforced. This update created harsher penalties and set up a system of commissioners that promoted favoritism toward owners of enslaved people and led to some formerly enslaved people being recaptured. For an escaped person, the northern states were still considered a risk.

Meanwhile, Canada offered Black people the freedom to live where they wanted, sit on juries, run for public office, and more, and efforts at extradition had largely failed. Some Underground Railroad operators based themselves in Canada and worked to help the arriving fugitives settle in.

Harriet Tubman
Harriet Tubman was the most famous conductor of the Underground Railroad. Born an enslaved woman named Araminta Ross, she took the name Harriet (Tubman was her married name) when, in 1849, she escaped a plantation in Maryland with two of her brothers. They returned a couple of weeks later, but Tubman left again on her own shortly after, making her way to Pennsylvania. Tubman later returned to the plantation on several occasions to rescue family members and others. On her third trip, she tried to rescue her husband, but he had remarried and refused to leave.

Distraught, Tubman reported a vision of God, after which she joined the Underground Railroad and began guiding other escaped slaves to Maryland. Tubman regularly took groups of escapees to Canada, distrusting the United States to treat them well. 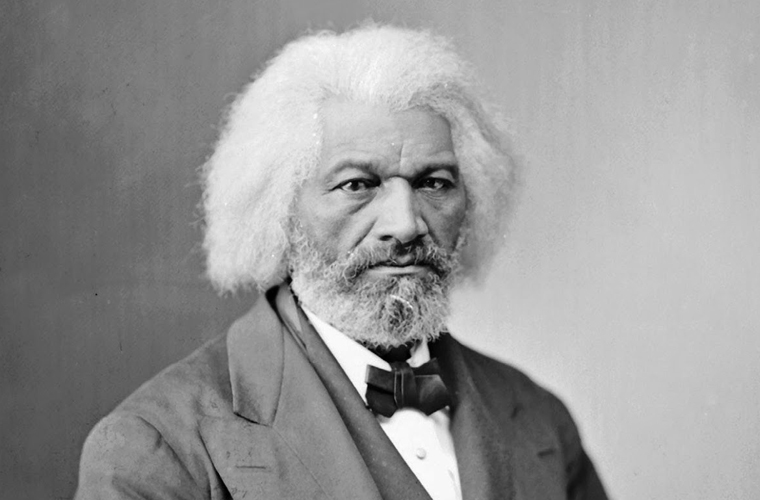 New York City-based escapee Louis Napoleon’s occupation as listed on his death certificate was “Underground R.R. Agent.” He was a key figure guiding fugitives he found at the docks and train stations. John Parker was a free Black man in Ohio, a foundry owner who took a rowboat across the Ohio River to help fugitives cross. He was also known to make his way into Kentucky and enter plantations to help enslaved people escape.

William Still was a prominent Philadelphia citizen who had been born to fugitive enslaved parents in New Jersey. An associate of Tubman’s, Still also kept a record of his activities in the Underground Railroad and was able to keep it safely hidden until after the Civil War, when he published them, offering one of the clearest accounts of Underground Railroad activity at the time.

Who Ran the Underground Railroad?
Most Underground Railroad operators were ordinary people, farmers, and business owners, as well as ministers. Some wealthy people were involved, such as Gerrit Smith, a millionaire who twice ran for president. In 1841, Smith purchased an entire family of enslaved people from Kentucky and set them free.

One of the earliest known people to help fugitive enslaved people was Levi Coffin, a Quaker from North Carolina. He started around 1813 when he was 15 years old. Coffin said that he learned their hiding places and sought them out to help them move along. Eventually, they began to find their way to him. Coffin later moved to Indiana and then Ohio, and continued to help escaped enslaved people wherever he lived.

John Brown
Abolitionist John Brown was a conductor on the Underground Railroad, during which time he established the League of Gileadites, devoted to helping fugitive enslaved people get to Canada.

Brown would play many roles in the abolition movement, most famously leading a raid on Harper’s Ferry to create an armed force to make its way into the deep south and free enslaved people by gunpoint. Brown’s men were defeated, and Brown was hanged for treason in 1859. By 1837 Reverend Calvin Fairbank was helping enslaved people escape from Kentucky into Ohio. In 1844 he partnered with Vermont schoolteacher Delia Webster and was arrested for helping an escaped enslaved woman and her child. He was pardoned in 1849, but was arrested again and spent another 12 years in jail.

Charles Torrey was sent to prison for six years in Maryland for helping an enslaved family escape through Virginia. He operated out of Washington, D.C., and had previously worked as an abolitionist newspaper editor in Albany, New York. Massachusetts sea captain Jonathan Walker was arrested in 1844 after he was caught with a boatload of escaped enslaved people that he was trying to help get north. Walker was fined and jailed for a year, and branded on his right hand the letters “SS” for Slave Stealer.

John Fairfield of Virginia rejected his slave-holding family to help rescue the left-behind families of enslaved people who made it north. Fairfield’s method was to travel in the south posing as a slave trader. He broke out of jail twice. He died in 1860 in Tennessee during a rebellion.

End of the Line
The Underground Railroad ceased operations about 1863, during the Civil War. In reality, its work moved aboveground as part of the Union effort against the Confederacy.