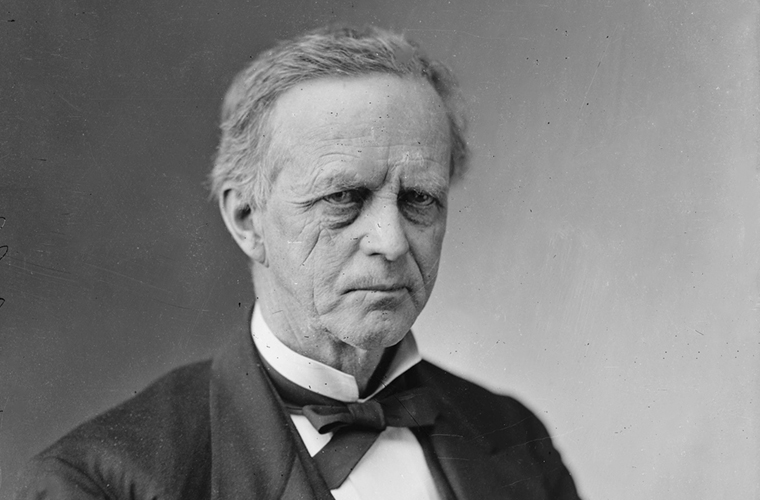 Lyman Trumbull, (born Oct. 12, 1813, Colchester, Conn., U.S.—died June 25, 1896, Chicago, Ill.), U.S. senator from Illinois whose independent views during the Civil War and Reconstruction eras caused him to switch from the Democratic Party to the Republican to the Liberal Republican and back to the Democratic Party in his long political career.

Trumbull grew up in Connecticut, and, after studying law and gaining admission to the bar, settled in Illinois. His career in public life began in 1840 when he was elected to the state legislature as a Democrat.

In 1854 Trumbull ran as a Democrat for the U.S. House of Representatives. Although elected, he never served, because in 1855 the state legislature made him a U.S. senator. By 1856 he had become a Republican; his opposition to slavery had made it impossible for him to remain among the Democrats. With the coming of the Civil War, Trumbull staunchly supported President Abraham Lincoln’s efforts to suppress the rebellion.

Trumbull pressed for making the emancipation of the slaves a Northern war aim, and, as chairman of the Senate Judiciary Committee in 1864, he helped draft the Thirteenth Amendment. He aligned himself with the Radical Republicans in advocating vigorous prosecution of the war and an early end to slavery. Following Lincoln’s assassination, he at first supported President Andrew Johnson but then broke up with the president over Reconstruction policy. He supported Radical Reconstruction, yet in 1868 he was one of just seven Republican senators voting to acquit Johnson of impeachment charges.

His waning enthusiasm for Radical Reconstruction, his break with the Republican leadership in the trial of Andrew Johnson, and his revulsion at the corruption rampant in the administration of President Ulysses S. Grant led Trumbull to back the Liberal Republican Party in 1872. When party presidential nominee Horace Greeley lost and the party collapsed, Trumbull finished out his third term as senator and then retired to his Chicago law practice. By 1876 Trumbull had returned to the Democratic Party, serving as counsel for Samuel J. Tilden in the disputed presidential election.