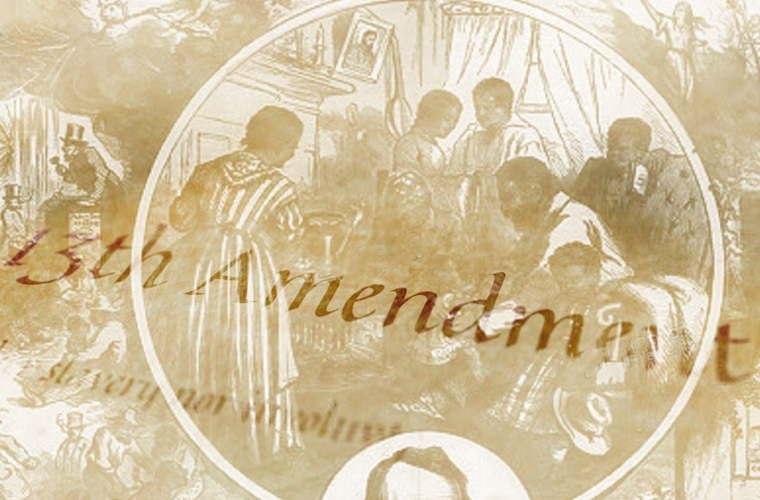 The 13th amendment, which formally abolished slavery in the United States, passed the Senate on April 8, 1864, and the House on January 31, 1865. On February 1, 1865, President Abraham Lincoln approved the Joint Resolution of Congress submitting the proposed amendment to the state legislatures. The necessary number of states ratified it by December 6, 1865. The 13th amendment to the United States Constitution provides that “Neither slavery nor involuntary servitude, except as a punishment for crime whereof the party shall have been duly convicted, shall exist within the United States, or any place subject to their jurisdiction.”

The 13th amendment was passed at the end of the Civil War before the Southern states had been restored to the Union and should have easily passed the Congress. Although the Senate passed it in April 1864, the House did not. At that point, Lincoln took an active role to ensure passage through Congress. He insisted that passage of the 13th amendment be added to the Republican Party platform for the upcoming Presidential elections. His efforts met with success when the House passed the bill in January 1865 with a vote of 119–56.

With the adoption of the 13th amendment, the United States found a final constitutional solution to the issue of slavery. The 13th amendment, along with the 14th and 15th, is one of the trio of Civil War amendments that greatly expanded the civil rights of Americans.