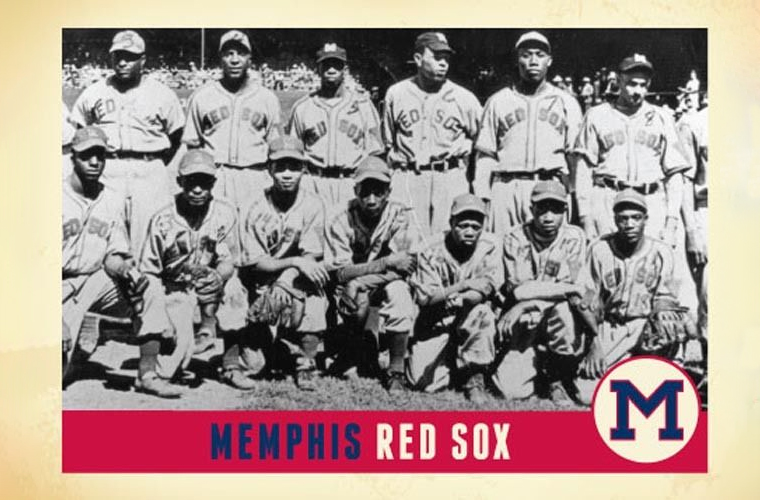 The Memphis Red Sox were a Negro League baseball team that was active from 1923 to 1950. Home games were played at Martin Park; in fact, the Red Sox are one of the few Negro League teams to own a ballpark. The franchise won the 1938 First Half Championship in their second season in the Negro American League but, despite assembling some talented line-ups in the 1940s, never replicated the success of that year.

The Red Sox were founded in 1923 by Dr. J.B. Martin and Dr. B.B. Martin, brothers in a prominent family in Memphis. J. B. Martin, a wealthy dentist, and real estate investor established his own ballpark, Martin Park, for the team in addition to a hotel near the field. Initially an independent team, the Red Sox played in the Negro National League between 1924 and 1930, except for 1926, when the franchise joined the Negro Southern League for its inaugural season. It later re-assimilated into the Negro Southern league in 1932, the only season it was designated as a major league.

At various periods, the franchise played independently, but in 1937 the Red Sox became a charter member of the Negro American League. The following year, having earned a 21-4 record, the team won the First Half Championship. During the second half playoffs, against the Atlanta Black Crackers, Memphis jumped out to a two-game lead; however, the series was canceled, a consequence of friction between the teams’ management. Never again did the Red Sox match the success of the 1938 season, despite assembling notable line-ups that included players such as Verdell Mathis, Marlin Carter, and Neal Robinson. They remained in the league until their dissolution in 1950.