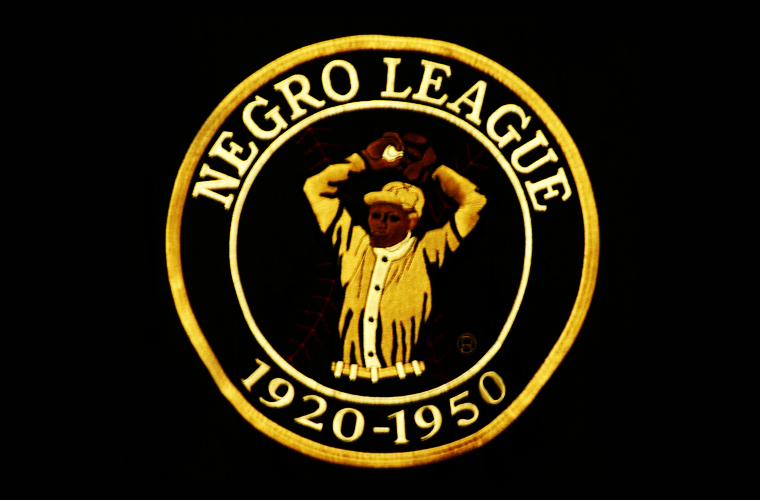 Negro league, any of the associations of African American baseball teams active largely between 1920 and the late 1940s when black players were at last contracted to play major and minor league baseball. The principal Negro leagues were the Negro National League (1920–31, 1933–48), the Eastern Colored League (1923–28), and the Negro American League (1937–60). A “gentleman’s agreement” among the leaders of what was then called “Organized Baseball” (the major and minor leagues) erected a colour bar against black players from the last years of the 19th century until 1946, although these leaders rarely admitted its existence.
There were two attempts to establish leagues for black teams in the early years of the 20th century. The first was in 1906 when the International League of Independent Base Ball Clubs was formed in the Philadelphia area. It had two white teams and four black. The championship game pitted two black teams against each other and attracted 10,000 fans to the stadium of the Philadelphia (now Oakland) Athletics. (This was the first time black clubs performed in a major league park, though later most of the top black clubs played in stadiums of major league or top minor league teams.) The league folded after its first season.Four years later there was an attempt to start a black major league with teams in Chicago; Louisville, Kentucky; New Orleans, Louisiana; Mobile, Alabama; St. Louis, Missouri; Columbus, Ohio; Kansas City, Missouri; and Kansas City, Kansas. The league died aborning without sanctioning a game.

The first viable black league was formed in 1920 under the leadership of Rube Foster, manager of the Chicago American Giants. Foster had been Negro baseball’s best pitcher in the early years of the 20th century and then its best-known manager and promoter. His barnstorming American Giants were known all over the country through their winter tours to California and Florida and traveled big-league style in private railroad cars.

Foster was a visionary who dreamed that the champion of his black major league would play the best of the white league clubs in an interracial world series. His original plan called for a black major league in the Midwest with teams in Chicago; Indianapolis, Indiana; Detroit, Michigan; Cincinnati, Ohio; St. Louis, Missouri; and Kansas City, Missouri. It also called for another league in the East with clubs in New York City; Philadelphia; Baltimore, Maryland; Washington, D.C.; Pittsburgh, Pennsylvania; and Cleveland, Ohio. Only one eastern owner showed up for the organizational meeting in Kansas City in February 1920, so the eastern league did not materialize. Nevertheless, the Negro National League (NNL) was established during the two-day meeting. Its teams were Foster’s Chicago American Giants, the Indianapolis ABCs, Chicago Giants, Kansas City (Missouri) Monarchs, Detroit Stars, St. Louis Giants, Dayton (Ohio) Marcos, and the Cuban Stars, who had no home city. A few weeks later the Negro Southern League was organized with clubs in the large cities of the South; however, it was regarded as a minor circuit during its on-again, off-again life over the next 30 years.
In December 1923 another black major league with six teams was established in eastern cities. Officially named the Mutual Association of Eastern Colored Baseball Clubs, it was known more familiarly as the Eastern Colored League (ECL). Members were the Brooklyn (New York) Royal Giants, Bacharach Giants of Atlantic City, New Jersey, Baltimore Black Sox, Hilldale Club of Philadelphia, and the Cuban Stars (no relation to the Cuban Stars of the NNL) and Lincoln Giants of New York City.All these early leagues were financially shaky. They also had difficulty making up a schedule because few of the clubs owned ballparks or had contracts giving them exclusive use. Many were tenants of teams in the major and minor leagues and were obligated to use the parks when the owners were playing out of town and to vacate them when their hosts returned.

Another debilitating factor was that sometimes a league team would refuse to play a scheduled game if a nonleague opponent promised a bigger payday. Umpiring of league games was sometimes erratic because umpires were hired by the home team. Another handicap was the wide disparity in the quality of the teams; two or three clubs would dominate and earn far more money than their weaker brethren.

From 1924 through 1927, the NNL and ECL champions met in a Negro World Series. The NNL’s Chicago American Giants won two championships and the Kansas City Monarchs won one, as did the Hilldale Club, representing the ECL. The ECL succumbed to financial weakness in the spring of 1928. The NNL, bereft of the management acumen and foresight of Foster, who was hospitalized for mental illness in 1926, stumbled on until 1931 before disbanding as the Great Depression deepened and left most fans with empty pockets. Two of its solvent franchises, Chicago and Indianapolis, joined the Negro Southern League for 1932. That year another black circuit, called the East-West League, was started for eastern teams by Cumberland W. Posey, veteran manager of the Homestead Grays, a ball club based in Pittsburgh. The new league barely made it off the ground. By early June its Detroit team had dropped out, the schedule was curtailed, and salaries were slashed. The league did not last the summer.

The following year the NNL was reborn. Its moving spirit was another Pittsburgher, W.A. (Gus) Greenlee, a numbers-game owner and tavern operator who had entered baseball in 1931 as organizer of the Pittsburgh Crawfords. The new NNL had teams in both the East and the Midwest but became an eastern league in 1937 when the Negro American League (NAL) was formed with teams in Chicago, Kansas City (Missouri), Cincinnati, Detroit, Memphis (Tennessee), St. Louis, Indianapolis, and Birmingham (Alabama).
Although the new leagues had fairly frequent franchise shifts, they were somewhat more stable than the circuits of the 1920s. During World War II, which brought prosperity to most blacks as well as whites, Negro baseball became a $2 million-a-year business, probably the most lucrative black-dominated enterprise in the United States at that time. Salaries for journeymen players, which had been about $150 a month during the 1920s, soared to $400 or more during the war. Stars could earn $1,000 a month. Satchel Paige, the most famous player, pitcher, and showman of the Negro leagues, earned $30,000 to $40,000 a year through special deals calling for him to pitch one to three innings for scores of independent teams, both black and white, each season.

To earn such wages, black players competed in up to 150 games a season—half to two-thirds of them against black as well as white nonleague teams. Many of their opponents were local teams within easy reach of their home cities, but others were small-town teams far out on the barnstorming trail. Most teams traveled by bus, ranging from the best that era could offer to aging rattletraps that were prone to break down. In the winter, black stars went to Mexico, Cuba, and other Latin American nations where baseball was popular.

The Negro World Series was resumed in 1942 between champions of the Negro National and Negro American leagues and continued until the NNL disbanded in 1948. Among the most noted Negro league teams was the Homestead Grays, based in both Pittsburgh and Washington, D.C., which won nine pennants during 1937–45 and included the great hitters Josh Gibson (catcher), James (“Cool Papa”) Bell (outfielder), and Buck Leonard (first baseman). In the mid-1930s another legendary team, the Pittsburgh Crawfords, included five future Baseball Hall of Fame members: Gibson, Bell, Paige, manager Oscar Charleston, and clutch-hitting third baseman William Julius (“Judy”) Johnson.

The World Series, however, was far overshadowed by the East-West All-Star Game, pitting the best players of the NNL against those of the NAL, from 1933 to 1950. It annually attracted as many as 50,000 spectators to Comiskey Park in Chicago and became the biggest social event as well as the chief sport’s attraction for African Americans. Only heavyweight boxing matches featuring the black champion Joe Louis held the attention of more African Americans.

Baseball’s colour line was rarely discussed by influential white sportswriters until the early 1930s, but times were changing. The triumphs of Louis during the decade and of sprinter Jesse Owens at the 1936 Berlin Olympics, the improving living standards and educational attainments of African Americans, the social and economic changes brought by President Franklin D. Roosevelt’s New Deal programs in the 1930s and especially by World War II—all of these helped to alter the attitudes of most Americans toward race. With African American men fighting alongside whites overseas, it was no longer so easy for whites at home to ignore or harass their black compatriots.
The black weekly press, particularly sports columnists Wendell Smith of the Pittsburgh Courier and Sam Lacy of the Baltimore Afro-American, kept up a steady drumbeat against the colour line during the late 1930s and World War II. The American Communist Party also urged an end to the colour line, although Smith denigrated the communists’ efforts as more hurtful than helpful. The minor furor in the press over the continued exclusion of blacks from Organized Baseball led to sham tryouts of black players by the Chicago White Sox and Boston Red Sox and expressions of interest in African Americans by other major league clubs.
Meanwhile, Brooklyn Dodger president Branch Rickey, a one-time big-league catcher, and the manager had put into motion a secret plan to find and sign an African American player. It culminated on October 23, 1945, when Jackie Robinson, a first-year shortstop for the black Kansas City Monarchs, officially signed a contract with the Dodgers. He spent the 1946 season with the minor league Montreal Royals. In 1947 Robinson was promoted to the Dodgers, becoming the first black player in the major leagues in 63 years. The Cleveland Indians soon after signed Larry Doby, a fleet, hard-hitting infielder from the black Newark Eagles, making him the first African American in the American League. Several other African Americans joined minor league teams, beginning a trend of growing acceptance of blacks in baseball. The Negro leagues suffered as a result of these developments. Black fans fixed their attention on Robinson, Doby, and the other black players in Organized Baseball and increasingly ignored the black leagues. The talent pool was also shrinking as young stars such as Willie Mays (Birmingham Black Barons) and Hank Aaron (Indianapolis Clowns) and old stars such as Satchel Paige left to play in the major leagues. A few teams tried the integration route by signing a handful of white players, and during the 1950s two teams, the Indianapolis Clowns and Kansas City Monarchs had female players as gate attractions. The first female player signed was second baseman Toni Stone, who reportedly earned $12,000 a year, well above the pay of true stars.
The NNL died of financial malnutrition in 1948. The NAL lasted until 1960 before disbanding. A few teams continued barnstorming, most notably the Indianapolis Clowns, who mixed comedy and baseball in equal measure. The Clowns were the lineal descendants of the Ethiopian Clowns of the 1940s, who had outraged many fans by wearing grass skirts and painting their bodies in a cartoonish version of cannibals. But the latter-day Clowns played serious baseball, as evidenced by the fact that major league home run king Aaron made his professional debut with them in 1952. The Clowns continued barnstorming until 1973 (with a few whites on the roster) before giving up and ending the saga of the Negro Leagues.
In 1990 the Negro Leagues Baseball Museum opened in Kansas City, Missouri.
previous post