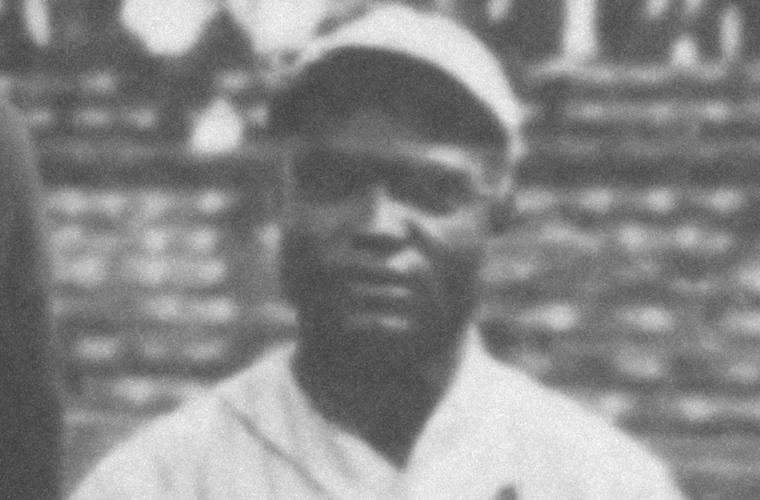 He had a good batting eye and supreme confidence in his hitting. He would take two pitches and then calmly hit the third one. Pressure situations failed to shake him. Once he was getting a drink of water when his turn came to bat and he grabbed a fungo bat and hit a grand-slam home run.

The veteran outfielder played most of his 27-year career with the Monarchs, but early in his career, he was also a pitcher. He played with the Chicago Union Giants in 1914, touring throughout the Midwest, playing center field, and batting cleanup. He caught the eye of Rube Foster, and in 1915 he stepped into the cleanup spot for Foster’s American Giants as the regular right fielder and hit .288 for the season. McNair returned to the Union Giants for most of the 1916 season, playing left field and batting third in the lineup, but joined the All Nations team the following season. In 1919 he played with the Detroit Stars for a season before signing with the Monarchs. In 1928 he returned to the Stars for a season and hit .274.

Earlier in his life, McNair played with the 25th Infantry Wreckers baseball team at Fort Huachuca. He was a little man with a big head and hit with the power of a big man. At times he was moody and self-centered, insisting on doing things his way and not playing if something was not to his liking. He also played with winter-league teams, including the Los Angeles White Sox in 1920 and the Colored All-Stars in 1921. He was always available to help young players learn the game. A few years later in California, he taught Willie Wells to hit a curveball by tying his leg to home plate so he could not back away from the curve.

After his playing career ended he extended his career in baseball as an umpire in the Negro American League. For his services in this capacity, he was paid the princely sum of $140 per month. Once, when his decision as an arbiter inflamed passions, a group of players chased him around the field with bats, but he turned on those who were chasing him and pulled a knife, quickly dispelling their disagreement.