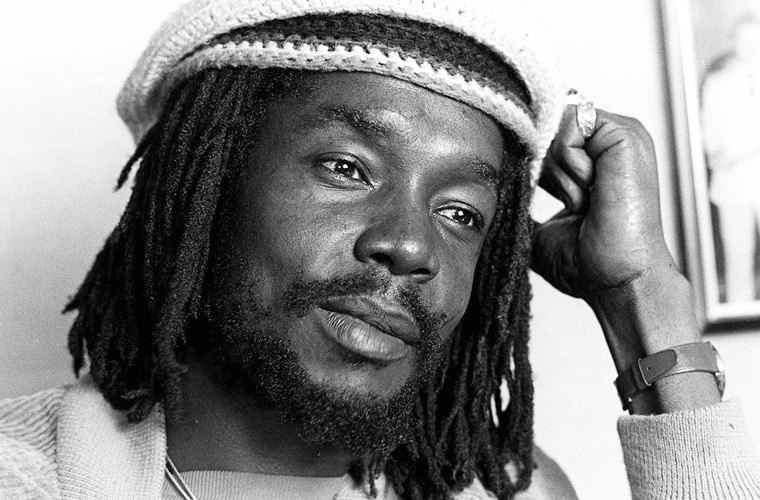 Jamaican-born singer-songwriter Peter Tosh was a “god of reggae,” in the words of Harrison Tazwell Cook in Seventeen. He first came to the attention of music fans during the 1960s in tandem with other reggae greats, Bob Marley and Bunny Wailer; the three men were collectively billed as the Wailers. Tosh became better known on an international scale after launching a solo career in the mid-1970s.

He will be remembered for the controversial political nature of his compositions which brought him into conflict with Jamaican authorities many times during the course of his career. Nevertheless, after he was killed in 1987, “the Jamaican government sought to give Tosh an official funeral,” according to a reporter for Jet, in recognition of his contribution to his country’s musical culture.

Tosh, who was born Winston Hubert MacIntosh, on October 19, 1944, formed the Wailers with Marley and Neville Livingston–a.k.a. Bunny Wailer–in 1963. Though the late Marley was then and probably is still better known than Tosh, as Cook explained, the latter “soon earned a title as the aggressor, the juvenile delinquent of reggae. This was due in part to his witty anti-government songs and his sharp, sarcastic voice. He soon became a name in his own right.” Bill Beuttler in downbeat confirmed that “Tosh wrote some of the Wailers’ most political material, including “400 Years,” “Stop That Train,” and the anthemic “Get Up, Stand Up.”

Apparently, Tosh’s music became even more controversial after he broke with the Wailers in 1974. Even before the release of his first solo album, he was seized by police in Jamaica and severely beaten. The reason for the incident remains a mystery, but it inspired Tosh to record his first single, “Mark of the Beast,” as a protest. The song was promptly banned from Jamaican radio. Also quickly banned was Tosh’s “Legalize It,” from his 1976 debut album of the same title. In this song Tosh promoted the legalization of marijuana; as a follower of the Rastafarian religion, according to Cook, he believed the substance brought a user closer to God. Despite the ban, “Legalize It” became a big seller for Tosh.

Though eventually, the Jamaican government stopped banning his creations, Tosh continued getting into trouble. He smoked marijuana publicly during a 1978 concert in Kingston, Jamaica, and criticized Jamaican Prime Minister Michael Manley, a member of the audience, for not legalizing the drug. Later that year, possibly as a result of this incident, Tosh was arrested again and nearly beaten to death before being allowed to leave the police station.

At about the same time, Tosh became the second musical act after the Rolling Stones themselves signed with the newly formed Rolling Stones Records. His association with the famed rock group increased his exposure–he opened for the Stones’ U.S. concerts during the summer of 1978, and recorded a duet with lead singer Mick Jagger, a remake of the Temptations’ hit “Don’t Look Back.” Tosh also appeared with Jagger on the television show “Saturday Night Live.” Despite his growing popularity, however, Tosh did not waver from his commitment to political and social commentary in song. In 1981, he released what Cook termed his “greatest” album, Wanted Dread and Alive, a scathing criticism of political corruption and the condition of poor people. Just a month before his death, Tosh’s peace-promoting No Nuclear War was released.

On the evening of September 11, 1987, Tosh was shot and killed in his home in St. Andrew, Jamaica, under mysterious circumstances. Apparently, he and his girlfriend, who was wounded in the attack, knew at least one of their assailants personally. At first, it appeared that robbery was the motive, but there has since been speculation that Tosh’s death was a revenge killing, or that his murderer was involved in drug trafficking.