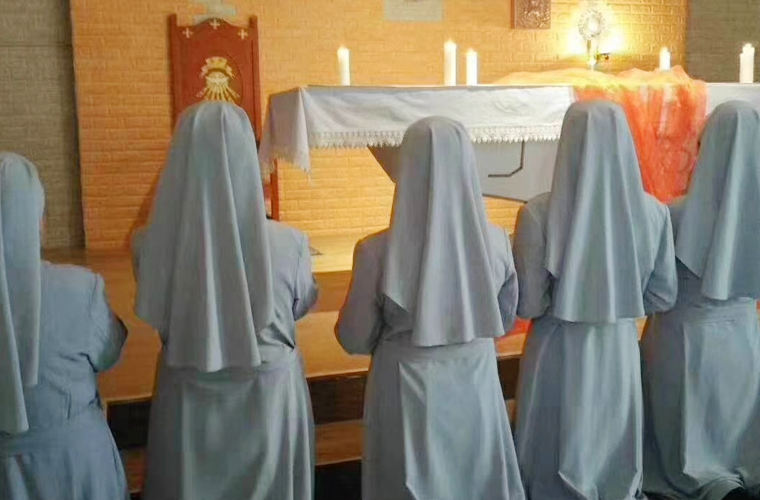 Sister Eliza Healy was both an educator and noted first African American Mother Superior of a Catholic convent. Healy was born on a plantation near Macon Georgia on December 23, 1846, to a white father, Michael Morris Healy and one of his mulatto slaves, Eliza Smith. Healy spent her childhood on the plantation until her mother died suddenly in the spring of 1850, and her father died that August, leaving Eliza Healy and two of her younger siblings, Amanda and Eugene, orphaned. The executors of Michael Healy’s estate sent the children to New York where they were cared for by their older brother Hugh.

The three children were baptized as Catholics in the Church of St. Francis Xavier in New York on June 13, 1851. That same year Eliza and Amanda were sent to Notre Dame in St. Johns, Quebec. Their older sister Martha had joined the sisterhood earlier that year. Healy finished her elementary education and was enrolled in Villa Maria, a Catholic girls’ secondary school, in Montreal. After Healy graduated, she and Amanda rejoined their family in Boston, Massachusetts and then later the family purchased a home in nearby West Newton. She remained in West Newton for over twelve years.

In 1874, Healy entered as a novice into the Congregation of Notre Dame in Montreal, just as her older sister had done almost a quarter century earlier. She entered the convent at age twenty-eight in order to pursue a career as a religious nun and teacher. She took her first vows of poverty, chastity, and obedience to the church and God in 1876, and completed her final vows six years later. Healy was now called Sister Mary Magdalen.

Over the next few decades, Healy would transfer to several different Catholic schools in Ontario and Quebec, taking up both the position of teacher and appointed superior. In 1903, she took up the most important and most vilified position of her career. She became the superior of Villa Barlow at St. Albans, Vermont. The school was well-known and held in high prestige as many of the daughters of wealthy New England families attended the academy. It was her job to help reign in the disarray occurring at the school. There were several outstanding debts, too few teachers for the number of students, and a constantly fluctuating enrollment. As headmistress of the school and superior of the convent, she displayed strength and calm in her ability to solve the problems the school faced. She was also revered among the other nuns for her ability to pray for incredibly long hours during the day, her obedience of gospel discipline and her good manners.

After fifteen years at Villa Barlow, Healy was transferred to the College of Norte Dame on Staten Island, New York where she once again was given the post as superior. It was here that she spent the last year of her life. Eliza Healy (Sister Mary Magdalen) died from cancer in 1918.