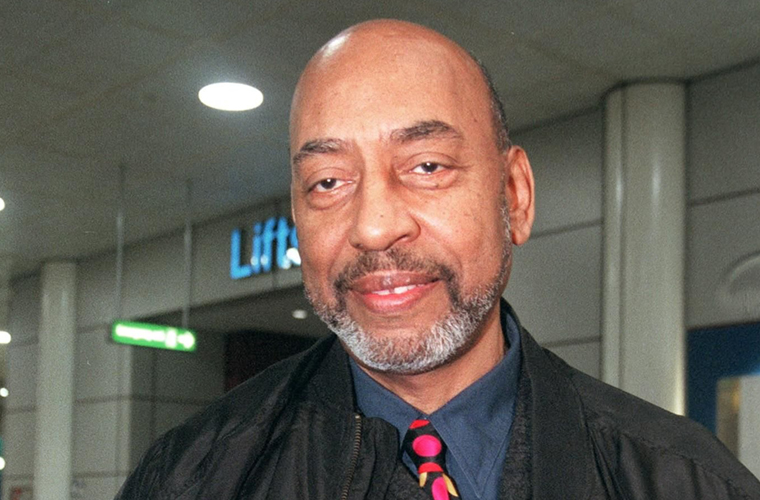 In 1956, the U.S. military draft required all males at the age of eighteen to register to be drafted in the event of war. At this time, Preston King was a student at Fisk University in Tennessee. King received a deferment because of his student status. He completed his studies at Fisk with high honors, and he was given a scholarship to the London School of Economics, England to pursue graduate studies. The draft board at Tennessee had requested that he make his request to his hometown board in Albany, Georgia. His draft deferment application was accepted in Georgia, and he was given two years of deferment to pursue his studies in London, England.

After two years of graduate studies in London, King was awarded yet another scholarship to pursue doctoral studies. King had to ask for another extended deferment of his draft. He was eligible for the extended deferment, but his request was refused in a very insulting manner. He received a letter commanding him to report for a physical examination before his induction. King was not antiwar, but he was insulted by the tone of the letter that threatened him. King addressed the order by commanding the same respect that was given to his white counterparts when they were invited to report to duty. This led to his prosecution on four counts of draft evasion as was expressed in a letter from the draft board.

King had addressed the racism that was practiced by the draft board. He also stated that he would not submit to the injustice that was being meted out to him and that he would prefer to be jailed than to submit to the degradation because of his race. In 1961, when King visited his family, federal marshals arrested him. When the trial commenced in the spring of 1962, his brother, C. B. King, a civil rights attorney, defended him. His main defense was that refusing an African American student deferment to study when he was fully eligible and changing the salutation in correspondences to King constituted racism and inequality.

In the Jim Crow South, a jury of all white males gave a guilty verdict, and King was sentenced to eighteen months in prison. King’s appeal was made and his bail bond was set at an enormous figure. However, the King family and many members of the Albany community pooled the money, so King was not detained in jail. On his father’s advice, he fled to London to evade the jail sentence, and to continue his studies. King was fully aware that he could not re-enter the United States without the threat of imprisonment because he was now guilty of evading federal prosecution.

The Kings of Albany, Georgia
Preston King was born in Albany on March 3, 1936. His parents Clennon and Margaret King were well known in society. King had five brothers—Allen, Clennon Jr, Chevene (C.B.), Slater, and Paul—and one sister, Muriel. The King family was no stranger to racism as Clennon Jr. felt the brunt of racism when he was refused admission to graduate school at the University of Mississippi. His application actually led to his incarceration, when the state deemed him insane and forced him into the state asylum on the premise that any African American who tried to gain admission to such a prestigious white institution must be insane. After this saga, Clennon Jr. was accepted into another university where he gained his MA. Clennon’s case opened the eyes of all his siblings to the struggles that African Americans had to face in a society that decried their race.

The Kings were educated African Americans who were aware of their rights as U.S. citizens. Their parents instilled in them the idea that African Americans should use education to better themselves. The King boys were all college graduates who excelled in their respective fields. Mr. King was the first African American restaurateur in Georgia, and he was also the head of Albany’s National Association for the Advancement of Colored People (NAACP). Mr. King was concerned with the civil liberties of his people, and he fought for these liberties, which might have attributed to the blatant discrimination his boys faced. King’s mother was a teacher, and both of his parents attended Tuskegee Institute where they met. Clennon King worked as a coachman for Booker T. Washington when he attended Tuskegee Institute. He used his wages to supplement his fees for his tuition.

In exile, King married a British citizen, Murriel Hazel Stern. His first child, his daughter, Oona was born in 1967. His second child, Slater, was born in 1968. His son was named after his brother who had been killed in a car accident, the year before King’s son was born. King did not attend the funeral because he was unable to return to the States. King and Murriel divorced, but he maintained close ties with his children.

After King moved to northeastern England in 1986, he married his second wife Raewyn Stone, and King’s third child Akasi Peter was born. King’s daughter Oona became a politician, and she was elected into the British Parliament and was a member of Parliament (MP) in the House of Commons. Oona was the second woman of African descent to be elected to the British Parliament. Her mixed race and her father’s experiences helped her learn to deal with racial relationships, and this special ability gave her the edge in her political life. She was elected to Parliament for a majority Muslim constituency.

Despite his achievements, King suffered emotionally during his exile. Several family members died, but he was unable to attend their funerals. First, his brother, Slater, then his father, followed by his mother and brothers, Allen and C. B. King became resolute, and he was determined to see his oldest brother, Clennon, Jr. when he heard that he was very sick. The United States was evolving into a less racially charged society, and King was willing to take a chance in return.

King’s love of family prompted him. In his absence, he did everything to maintain family ties with his relatives in Albany, Georgia, and all over the United States. They often met in family gatherings outside the United States. They enjoyed the tropical climates of the Caribbean and Africa, but King felt an emptiness as he wanted to do something great for his country and his race. He had to enter his country to make his contribution.