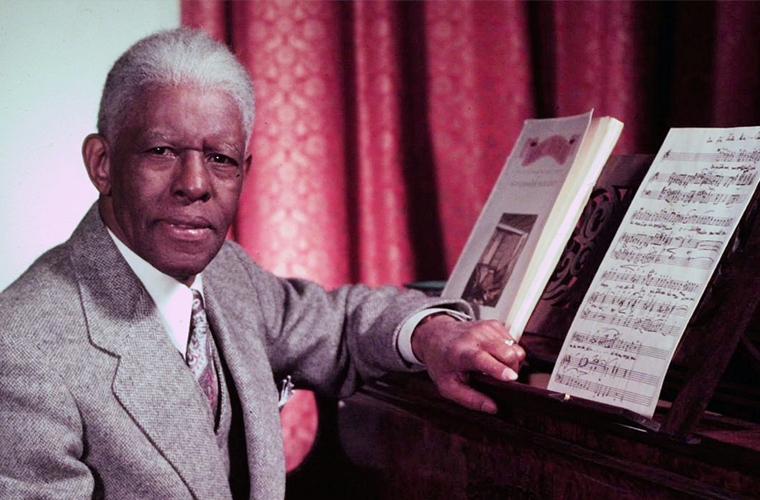 The tenor Roland Hayes was the first African American man to win international fame as a concert performer. A native of Georgia, he traveled and performed across the United States and Europe.

Hayes was born in Curryville, near Calhoun in Gordon County, on June 3, 1887, to Fanny, a formerly enslaved woman, and William Hayes, a tenant farmer. When Hayes was eleven his father died, and his mother moved the family to Chattanooga, Tennessee.

Hayes grew up singing African American spirituals that had been passed down among his enslaved ancestors for generations. In Chattanooga he sang in the church choir and on the street for pennies. A music teacher was impressed by his singing ability and offered him music lessons. Hayes wanted an education, but had to leave school at a young age to help support his family. When he was twenty, Hayes entered Fisk University in Nashville, Tennessee, as a preparatory student. He hired tutors to help him catch up academically and eventually became a Fisk student and a member of the famous Fisk Jubilee Singers. At the same time, he worked as a servant in order to support himself.

Hayes then moved to Louisville, Kentucky, where he found a job performing at a silent movie theater that required him to sing offstage to conceal his racial identity. While Hayes was in Louisville, the president of Fisk University invited him to be the lead tenor for the Fisk Jubilee Singers’ tour in Boston, Massachusetts. He accepted the invitation, and the trip changed his life.

When the Jubilee Singers’ trip was over, other choir members returned to Fisk, but Hayes stayed in Boston, determined to have a career on the concert stage. After working and saving his money for some time, he had earned enough to rent Symphony Hall in Boston and pay all of the expenses for his first concert. With hard work and persistence, he arranged and promoted his own concerts until he achieved a successful career as a classical concert singer. In time Hayes became a very popular performer, and he was invited to perform at Carnegie Hall in New York, Symphony Hall in Boston, and other great concert houses in America.

In 1920 Hayes performed his first European concert in London, England. While in London he received a message from King George and Queen Mary of England, requesting that he perform for them. He toured Europe several more times, singing in seven different languages, and by the late 1920s, he had become the highest-paid tenor in the world. His concerts always included spirituals, which Hayes called Aframerican religious folk music. Because many of these songs had never been written down, Hayes arranged them for orchestral accompaniment. He made a number of recordings of classical music and spirituals and, as early as 1924, performed at least one concert before a desegregated audience in Atlanta.

When touring Europe in October 1923, he was introduced to Countess Bertha Katharina Nadine Colloredo-Mansfeld, a wealthy white woman of Hapsburg ancestry. The two had a passionate and turbulent relationship that spanned several decades. On February 12, 1926, the couple had a daughter, Maria “Maya” Dolores Franzyska Kolowrat-Krakowsky. The Countess never divorced her white husband, however, and spent most of her life at a chalet in southern France. The romantic relationship between the Countess and Hayes dissolved in the mid-1930s. Nevertheless, he maintained a correspondence with Maya and visited her when in Europe. Later in life, Maya married and had six children, including twin boys Igor and Grichka Bogdanoff, who would become well-known French television personalities and eccentrics. 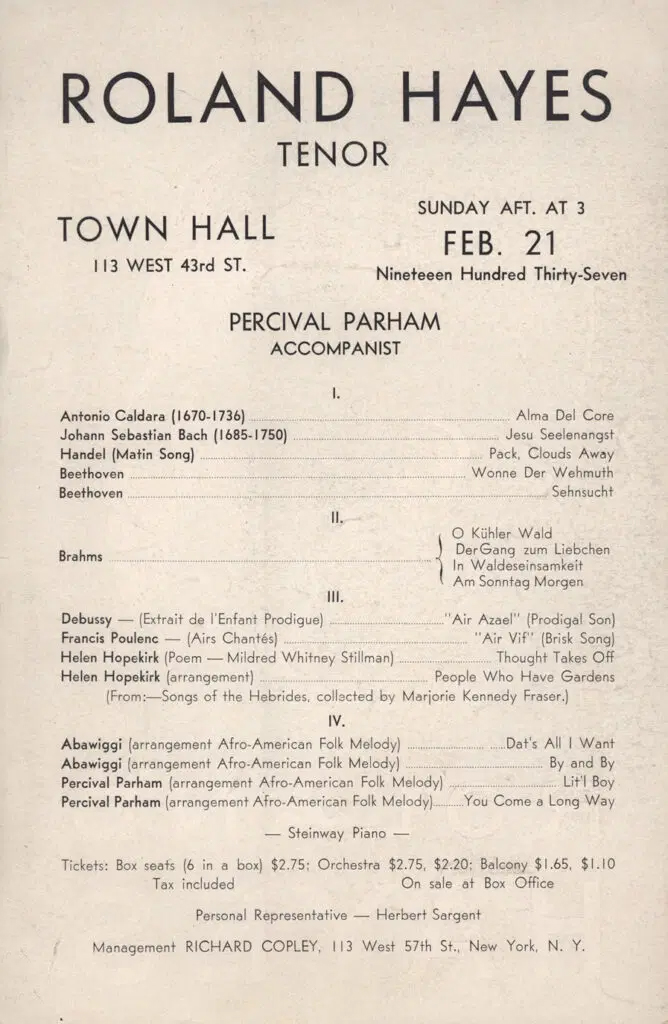 Back in America, Hayes married Helen Alzada Mann in 1937, and they had a daughter, Afrika. Hayes and his wife maintained residences in Brookline, Massachusetts, and in Curryville, Georgia, where they owned a 600-acre farm. Hayes’s mother had been an enslaved laborer on the farm, and Hayes had been born there.

An unfortunate racial incident involving Hayes’s family occurred in Rome, Georgia, in July 1942 and made national newspaper headlines. After Hayes’s wife and daughter sat in a whites-only area of a shoe store, they were thrown out of the store. Hayes later confronted the store clerk, and he and his wife were arrested by the local police. Hayes was also beaten. About a week later, in response to the incident, Governor Eugene Talmadge warned Blacks who didn’t agree with segregation “to stay out of Georgia.” Talmadge promised, “We are going to keep the Jim Crow laws and protect them.” Although Hayes claimed that he was not bitter, he and his family left Georgia not long afterward and eventually sold their farm in 1948.

In 1962 Hayes gave a concert at Carnegie Hall to celebrate his seventy-fifth birthday and raise funds for the American Missionary Association College Centennials Fund. He spent his later years encouraging young musicians by serving as a mentor, giving freely of his talent, time, and financial resources to help them. He also taught at Boston University and received many honorary doctoral degrees and numerous awards, including the NAACP Spingarn Medal. Hayes gave his final concert in 1973 at the Longy School of Music in Cambridge, Massachusetts. He died on January 1, 1977, in Boston and is buried at Mount Hope Cemetery in Dorchester, Massachusetts.

In 1991 the Georgia Music Hall of Fame inducted Hayes posthumously. In 1995 the Georgia Department of Natural Resources erected an official historic marker in Hayes’s honor in Calhoun. The city of Calhoun chose to place the marker on property adjacent to the Calhoun Civic Auditorium because Hayes had performed in the old auditorium that had once stood there. In 2000 the Roland Hayes Museum opened in the Harris Arts Center in Calhoun, where concerts are held annually in his honor.