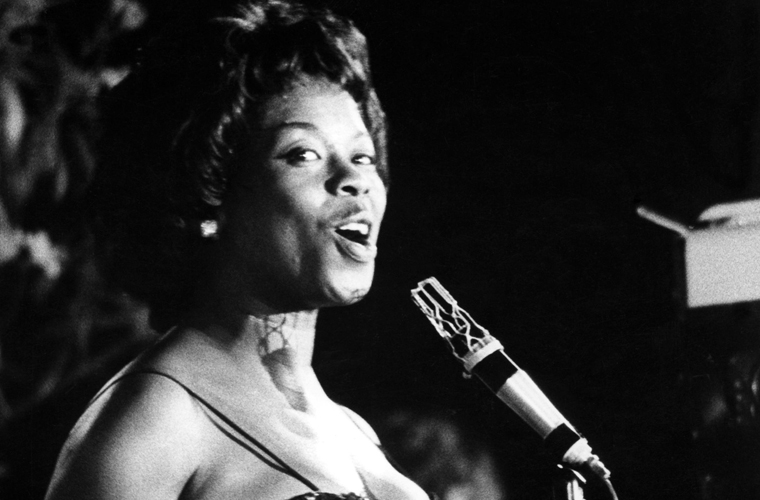 Sarah Vaughan, in full Sarah Lois Vaughan, byname Sassy or the Divine One, (born March 27, 1924, Newark, New Jersey, U.S.—died April 3, 1990, Hidden Hills, California), American jazz vocalist and pianist known for her rich voice, with an unusually wide range, and for the inventiveness and virtuosity of her improvisations.

Vaughan was the daughter of amateur musicians. She began studying piano and organ at age seven and sang in the church choir. After winning an amateur contest at Harlem’s famed Apollo Theater in 1942, she was hired as a singer and second pianist by the Earl Hines Orchestra. A year later she joined the singer Billy Eckstine’s band, where she met Dizzy Gillespie and Charlie Parker. Vaughan’s singing style was influenced by their instruments—“I always wanted to imitate the horns.” Gillespie, Parker, and Vaughan recorded “Lover Man” together in 1945.

By the mid-1940s Vaughan began singing with John Kirby and appearing on television variety shows. During the 1950s her audience grew as she toured both the United States and Europe, and she signed with Mercury Record Corporation and EmArcy, Mercury’s jazz label, in 1953 to sing both pop and jazz. She also appeared in three movies in that period—Jazz Festival (1956), Disc Jockey (1951), and Basin Street Revue (1956).

A contralto with a range of three octaves, she came to be regarded as one of the greatest of all jazz singers. Among her best-known songs were “It’s Magic,” “Make Yourself Comfortable,” “Broken-Hearted Melody,” “Misty,” and “Send in the Clowns.” Vaughan died in 1990, the same year in which she was inducted into the Jazz Hall of Fame.