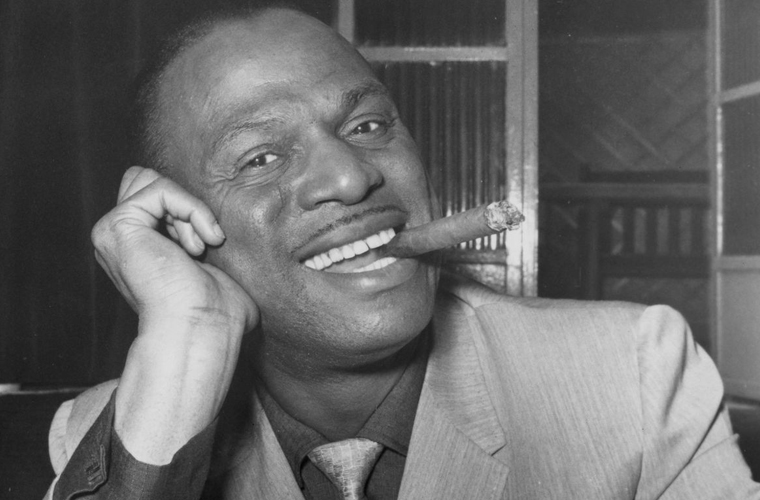 Hines was born into a musical family in Pittsburgh. As a child he learned trumpet from his father and the piano from his mother; his sister was also a pianist who led bands in the 1930s. After playing in trios during his high school years, Hines played in various bands throughout the Midwest. In 1925–26 he toured with Carroll Dickerson’s orchestra. When Louis Armstrong took over Dickerson’s band in 1927, Hines stayed on as the pianist and musical director. He participated in several groundbreaking recording sessions at about this time, including several as a member of Armstrong’s seminal quintet, the Hot Five, and others with clarinetist Jimmie Noone.

The Armstrong-Hines recordings (1927–29), which include the important “West End Blues,” “Muggles,” “Skip the Gutter,” and their “Weather Bird” duet, are jazz classics. On these sides, Hines demonstrates a virtuosic piano technique that was far more advanced than that of his contemporaries. He developed a “trumpet style” of improvisation in which he eschewed the structured block-chord technique of stride pianists and played single-note solo lines, often with great speed, in the manner of a horn player. He overcame the piano’s inherent background role in a band setting by playing with a forceful touch (sometimes breaking piano strings) and using octave voicing in his melody lines. His touch, plus his frequent use of tremolo (i.e., rapid alternation of notes), caused the piano to sound almost brassy. Hines’s style set the standard for generations of jazz pianists, and even such comparatively modern players as Bud Powell and Oscar Peterson showed signs of his influence.

In the late 1920s, Hines formed his own big band, noted for ensemble unity and hard-driving rhythm. From 1928 through the 1930s, this was the house band at Chicago’s Grand Terrace Ballroom; regular radio broadcasts brought the music to millions of fans. In the early 1940s, Hines formed a new West Coast band that included such bop pioneers as Charlie Parker and Dizzy Gillespie, as well as singers Sarah Vaughan and Billy Eckstine. Few recordings of this group survive because the musicians’ union was on strike against the major record companies from 1942 to 1944. The band broke apart in 1947.

Hines resumed his partnership with Louis Armstrong in 1948 and played in Armstrong’s small group, the All Stars, until 1951. He next formed a sextet that became a fixture at San Francisco’s Hangover Club during the mid-1950s. Hines had a major career resurgence during the early 1960s, with concert performances and recordings (such as the albums Spontaneous Explorations and Legendary Little Theatre Concert, both 1964) leading to renewed critical and popular appreciation. During his years as an elder statesman of jazz, Hines’s dazzling technique remained as strong as ever, and his performance at the 1974 Montreux Jazz Festival (released on the album West Side Story) revealed his continued openness to new ideas.